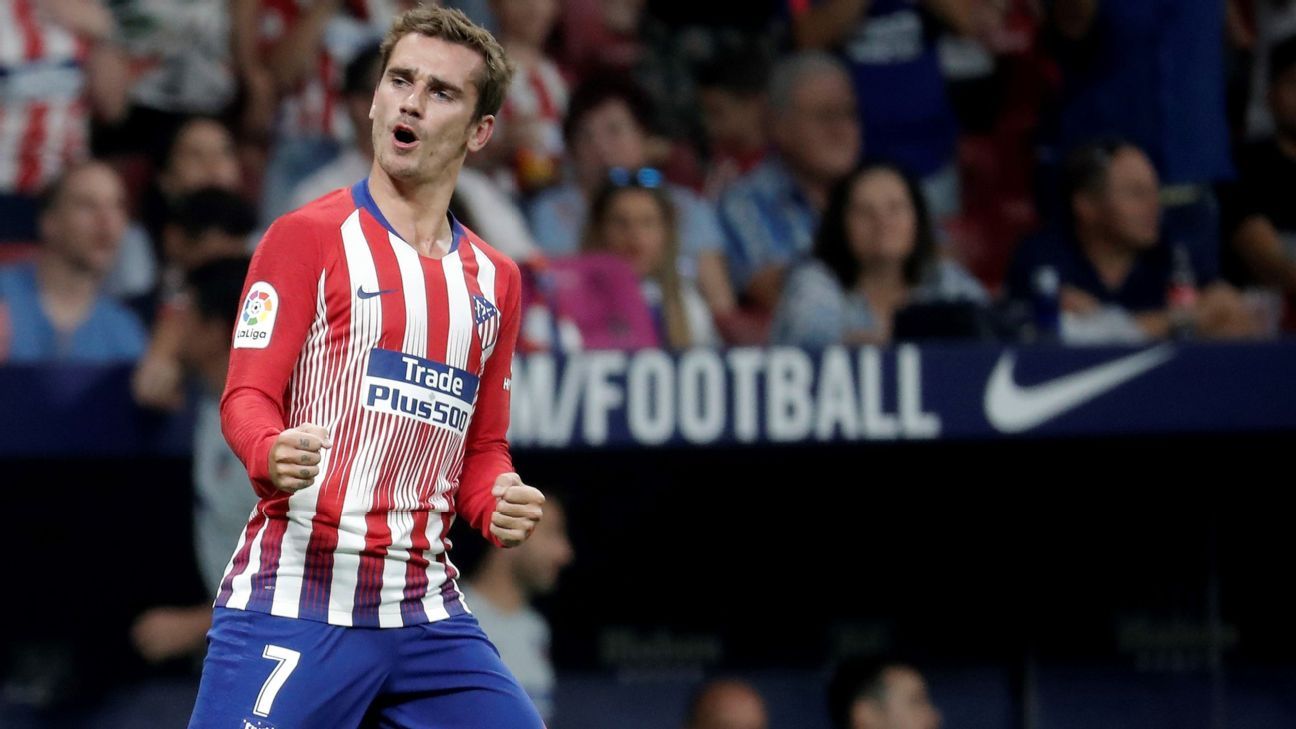 
Diego Simeone says he has no doubt that Antoine Griezmann was the best footballer in the world over the course of the past year.

The Atletico Madrid striker was left off The FIFA Best Players podium with Luka Modric, Cristiano Ronaldo and Mohamed Salah named instead.

“In the last year he was, without doubt, the best player in the world,” Simeone says after naming off all the trophies and individual accomplishments Griezmann won during 2018. “Without doubt.”

Griezmann was close to leaving Atletico Madrid in the summer but made a decision to stay, which he documented in a television show that was broadcast before the World Cup. Simeone, however, says he never feared losing his talisman.

“I swear on my kids that I never saw us losing him,” Simeone says as he explained he found out the news when he was in Los Angeles on holiday. “I never saw him at Barcelona. I always felt like he would stay.”

Another Atletico man who has been overlooked during award season was Jan Oblak, and Simeone believes he has been hard done by. Most recently, Gianluigi Buffon, Thibaut Courtois, David De Gea, Keylor Navas and Marc-Andre ter Stegen were named among the nominees for goalkeeper of the season for the FIFPro Awards. Simeone thinks it’s an oversight.

“Oblak is the best, and at least in the top three keepers in the world,” Simeone said. “To not be in that group gives it very little credibility.”

The Atletico Madrid manager also says that Thibaut Courtois would not make it into his current side. “Oblak is better,” he said without a second thought.

The Argentine has often said that Atletico Madrid are fighting for third place in Spain but believes without Ronaldo, they are moving closer to their city rivals.

“In results, no,” he said when asked if Atletico were worse than Real Madrid. “But characteristics, yes,” adding that his team had a better chance of finishing ahead of Los Blancos now that Ronaldo had moved on.