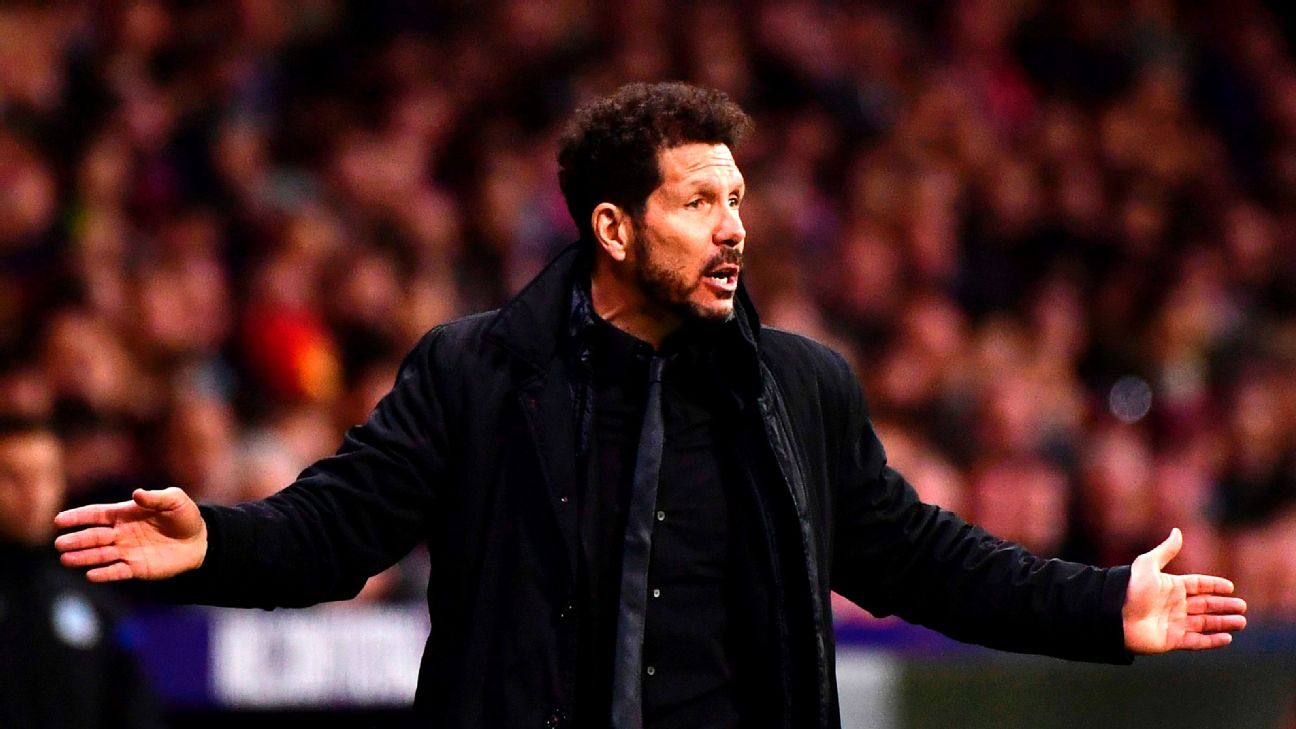 
Atletico Madrid coach Diego Simeone said his team face a big challenge against “the strongest squad in the world” in Sunday’s La Liga derbi against neighbours Real Madrid at the Bernabeu.

With just eight La Liga games remaining, second-placed Atletico are four points ahead of Real in the table, but nine behind leaders Barcelona, a situation which has both clubs focusing their attention on Champions and Europa League competition in recent weeks.

Simeone told the prematch news conference that his team would have to play to their own strengths even if Madrid manager Zinedine Zidane rested some of his big stars for the game.

“We are who we are, and we will look for hard work as our base to play a big game,” Simeone said. “Madrid have, if not the best team in the world, the best squad in the world. They have done great to put together a squad better than Paris Saint-Germain, Manchester City or Barcelona. That is their strength. So whoever we play against tomorrow we will know very clearly what we must do.”

Atletico have only finished ahead of Real 18 times in 86 La Liga seasons — and just once in the last 21 years (when they won title in 2013-14). Even with the two teams more or less out of the title race, Simeone said he imagined a very passionate game.

“I have had derbis when we were first, eighth, ninth… ,” he said. “But derbis are passionate because the fans experience them all the same way. I don’t imagine things being any different [this time].”

Simeone was not drawn when asked to compare Atletico’s leading scorer Antoine Griezmann (24 in 39 games this season) with Madrid’s Cristiano Ronaldo (39 in 36 for his club.)

“They are both decisive for their teams, we see that with their goals, their play,” Simeone said. “The numbers talk for themselves.”

Atletico are still without centre-back Jose Maria Gimenez who has a bruised foot, with Juanfran Torres likely to continue at right-back as Sime Vrsaljko is still not 100 percent over a hamstring issue.

An already short squad means at least two youth team players will be required to make up the numbers on the bench, but Simeone said he was happy to work with a small but committed group of players.

“It is about the players within the group,” he said. “I have 16 players, 18 with the goalkeepers, who are fully committed and focused on this club. I prefer that to 25 who do not want to be there.”

Simeone was also asked about trouble at Atletico’s next opponents Sporting Lisbon, who have suspended 19 first team players following a row between the squad and club president following Thursday’s 2-0 defeat at Atletico’s Wanda Metropolitano.

“I have nothing to say about that,” the Argentine said. “They must resolve things inside their own family. We are just outside observers, nothing more.”