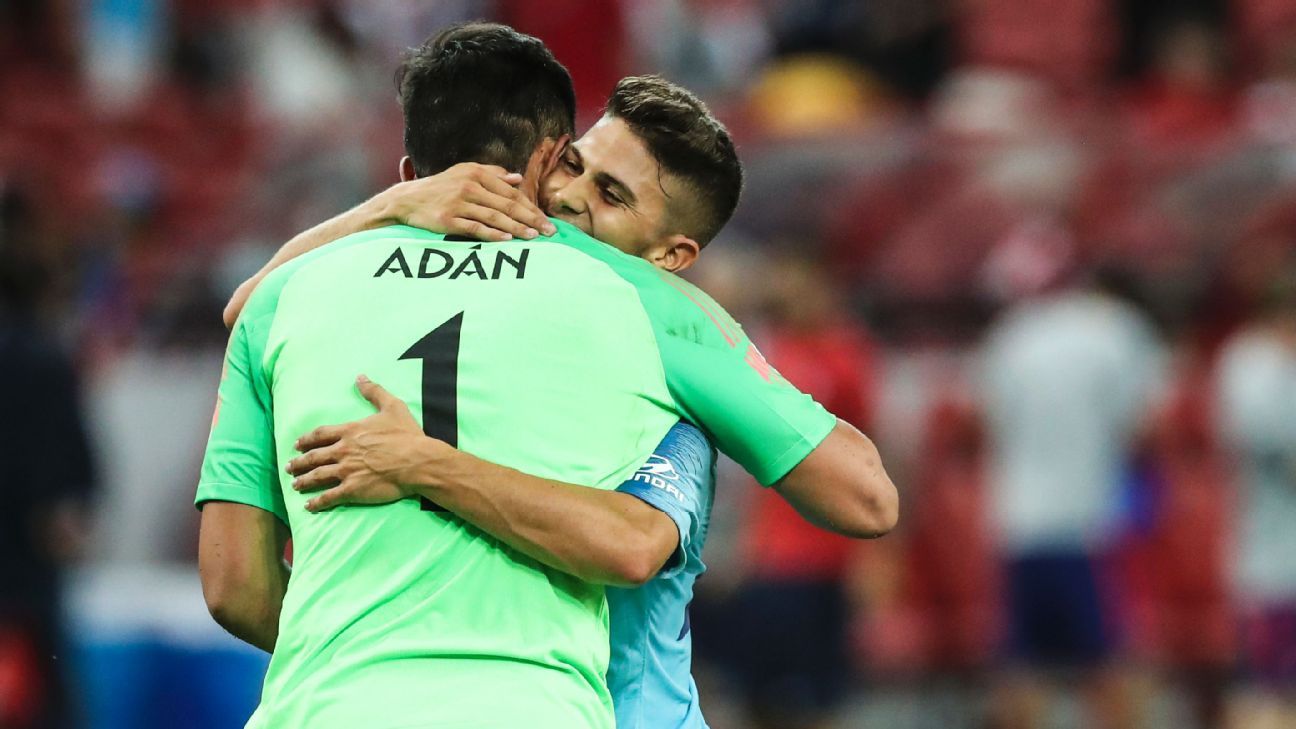 
Atletico Madrid coach Diego Simeone said the team’s new signing Antonio Adan had “got off on the right foot” — after the new rojiblanco goalkeeper had a decisive role in his team’s International Champions Cup penalty shootout victory over Arsenal in Singapore.

Simeone’s side took the lead before half-time thanks to Luciano Vietto’s smart header, with young Arsenal midfielder Emile Smith Rowe equalising soon after the break.

Both coaches blooded more youngsters during the second half, before a 26-penalty shootout in which summer signing Adan had a debut to remember as he made three saves and scored the clinching spot-kick himself as his team came through 3-1.

Former Real Madrid and Real Betis keeper Adan is expected to understudy first choice Jan Oblak, with Simeone telling the postgame news conference at Singapore’s National Stadium that the 31-year-old was settling in very well at his new club.

“Adan has got off on the right foot, he responded very well to the moment when he was needed to win the game,” Simeone said. “Above all in the penalty shootout, and how the end of the game was managed.

“He has a lot of experience, which will be good for the group and the team, and his incorporation has always been positive.”

The game also saw a senior Atletico debut for ex-Villarreal midfielder Rodrigo, who returned to his hometown club in a €20 million transfer earlier this summer.

“Rodrigo is doing very well, he has settled very well into the group,” said Simeone, after the 22-year-old had put in a solid performance in holding midfield. “The most important thing is that there is competition for places in midfield, with Koke, Saul, Thomas…. We will have to choose what is best for the team.”

All of Atletico’s youth teamers who have travelled with the squad got playing time during the game, with four B-teamers starting against the Premier League side — Toni Moya, Francisco Montero and Roberto Olabe in defence, and last season’s treble-winning under-18 star Joaquin Munoz on the left wing.

“I am very happy with the work of the lads,” Simeone said. “Very young kids, but we have been working with them these days to integrate them into a group which has been working together for seven years, with a very strong defensive structure.

“I am happy that they understand that the Primera Division is not as far away as it they imagine. If they work hard, prepare well, they can take these opportunities. We were taking on Arsenal, with the quality of their players, it is not easy and we competed well.”

Simeone will again give some of his youngsters a chance to shine in Monday’s ICC meeting with Paris Saint-Germain in Singapore, with more senior stars available for the meeting with Inter Milan back at Atletico’s Wanda Metropolitano on Aug 11.