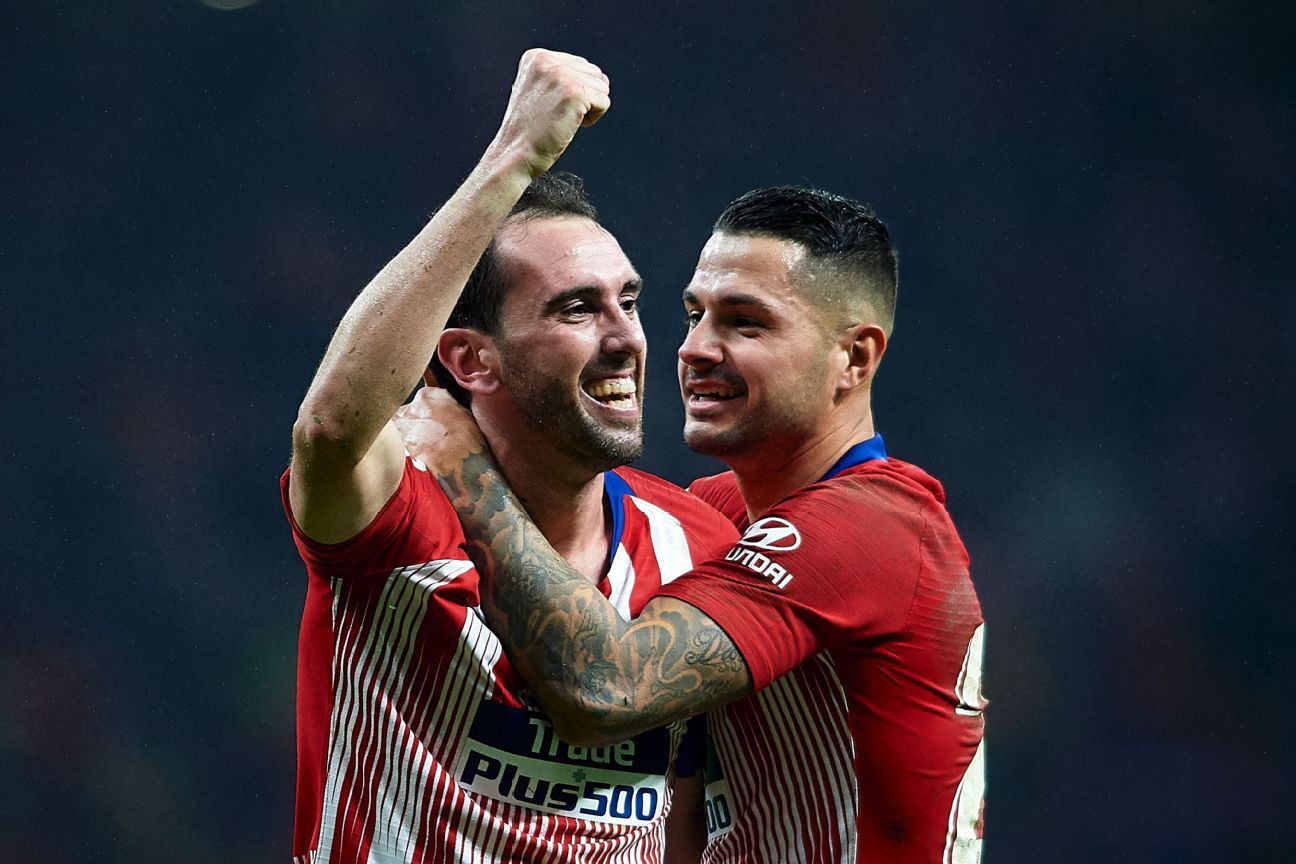 Visitors Athletic took a surprise lead at the Wanda Metropolitano before half-time through Inaki Williams, and when Atletico equalised through Thomas Partey’s 25-yard strike early in the second half, Williams almost immediately sprinted away and finished expertly for 2-1.

Diego Simeone’s side threw everything into a late spell of pressure, with midfielder Rodrigo Hernandez heading an equaliser with 10 minutes remaining, and Godin then nodding in a dramatic 91st winner eventually awarded by the VAR after the officials had initially ruled it offside.

The three points lifts Atletico to second in the table, a point behind leaders Barcelona with a game more played, and the Camp Nou outfit being the next visitors to the Wanda after the coming international break.

The Uruguay international said on BeIN Sports after the final whistle that such battling spirit should fuel the momentum needed for a title push.

“We kept fighting and battling to the end and got the final reward,” Godin said. “This is important to keep fighting up the top of the table. We knew it would be a difficult game, with many players missing, after a big week for us. But we will be reinforced a lot by winning like this. This lifts and excites the fans, and us players too.”

Godin had returned from a hamstring injury to start the game, as Atletico were short of fit centre-backs, and the 32 year old admitted afterwards that he had felt the muscle go again during Athletic’s second goal but had stayed on as an emergency centre-forward to help the team.

“In the Williams’ [second] goal I felt the muscle go when I tried to run and I couldn’t follow him,” Godin said. “But we’d made all three subs so I couldn’t go off. Simeone told me to stay on up front, in case of a corner or a play in the area. I tried to help as I could and it worked out well.”

At the post-match news conference, Simeone also spoke of the emotional boost the victory would bring his team, suggesting it was the inverse of the pain felt when Atletico conceded a late equaliser to Real Madrid on the way to losing the 2014 Champions League final in extra time.

“It’s a huge emotion,” the Rojiblanco coach said. “Joy. Above styles or way of playing, football has this emotional part and for those who win it is tremendous. We have lost a final in the 93rd minute, or drawn one, and today we have taken away a hard earned victory, with tremendous heart. The Metropolitano appeared when it had to appear.

“We had put in a huge effort [midweek] against Borussia Dortmund [in Champions League], and [Athletic] pressed us well and would not let us create chances. They scored, then we equalise, then they score again and Godin gets injured. There are some things which cannot be explained … We told him to stay up front, that he always makes a nuisance of himself. I am happy for the fans. It took a lot, but with heart, not dropping our arms, whether people like it nor not.”

The Argentine was less open when asked about Diego Costa’s substitution at half-time, with the centre-forward having done little besides get booked on his return from his latest muscle injury.

“We had spoken with him about what might happen,” Simeone said. “We did not want to take risks, he had been booked, and we wanted to look for a different option.”