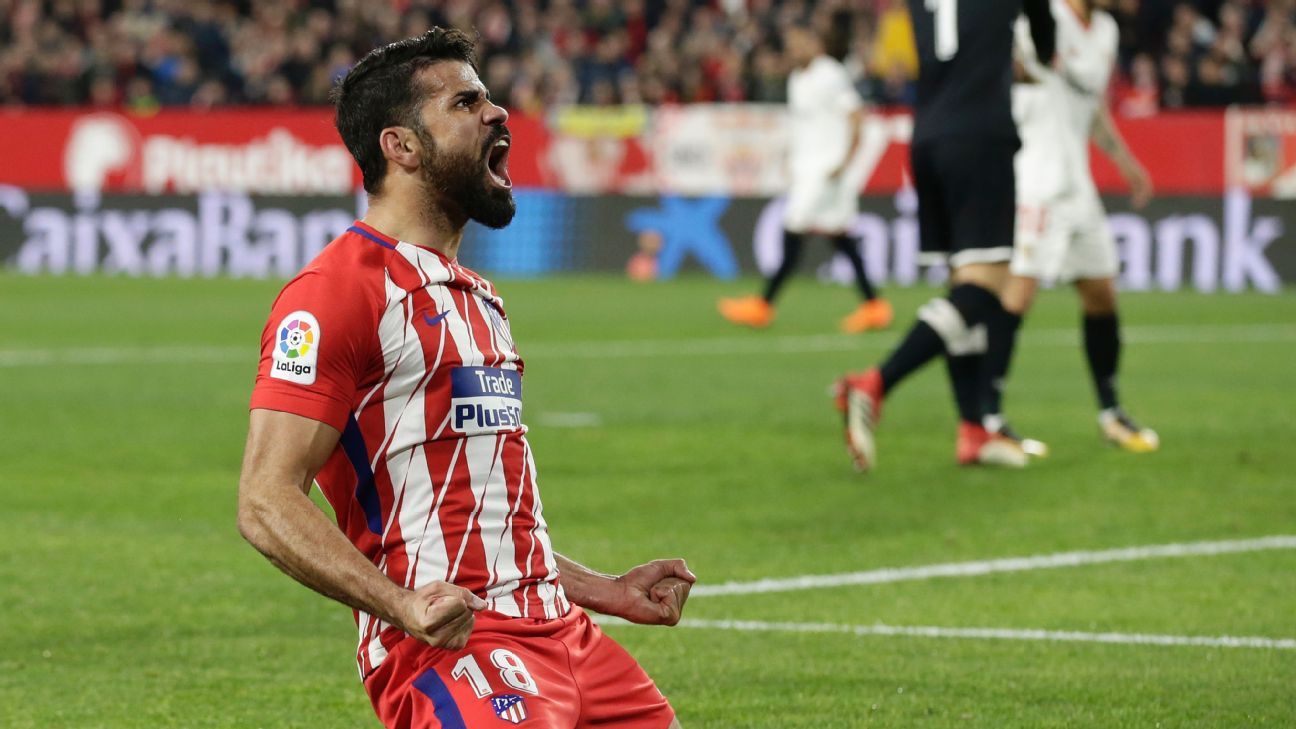 
Diego Costa is unlikely to be fit for the first leg of Atletico Madrid’s Europa League semifinal against Arsenal on Thursday but could return for the second leg, coach Diego Simeone said.

Costa injured his left hamstring in the second leg of the quarterfinals against Sporting Lisbon and came off in the 52nd minute.

“Surely the doctors are making the decision, but I think that he has few options of playing on Thursday,” Simeone told reporters at a news conference ahead of Atletico’s game against Real Betis, which Costa will also miss. “He will be there for the return leg, but I do not believe that he has a chance for the first.”

Costa has scored six goals in 16 appearances in all competitions since joining Atletico in January but has not scored in any of his last six games.

The injury prevented him from appearing in the 3-0 victory against Levante on April 15 and the 3-0 defeat against Real Sociedad on Thursday.