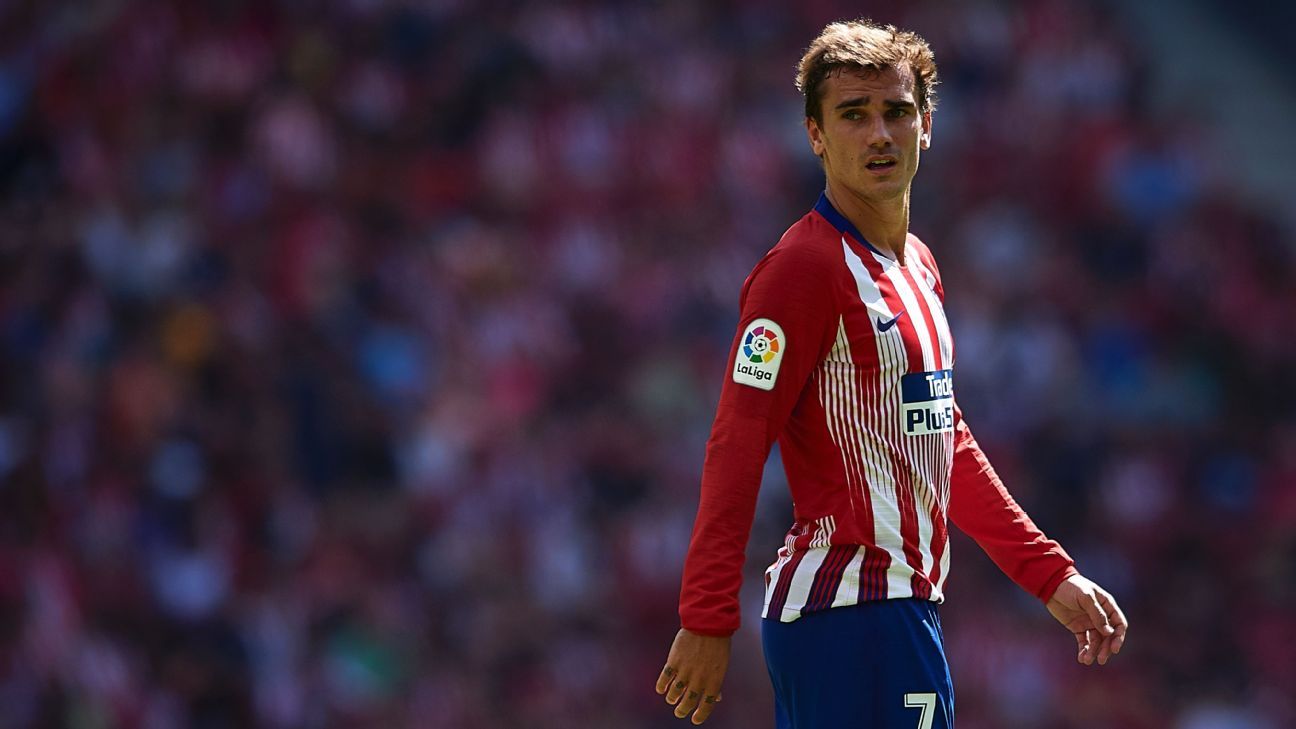 
Antoine Griezmann has made winning the Champions League his main objective for the season but said Atletico Madrid have not written off winning La Liga despite their poor start.

Griezmann, who was part of the Atletico team that lost to Real Madrid in the 2016 Champions League final, won the Europa League and World Cup last season and now wants more silverware.

“When I see the Champions League trophy, I think: The next one’s mine,” he told AS ahead of Atletico’s game against Monaco, and added he would choose the competition above La Liga “without a doubt.”

Atletico are off to their worst start in La Liga since 2009 with their latest setback coming on Saturday against Eibar when they needed a late goal to rescue a point. While the priority might be the Champions League for Griezmann, he has not given up on the league just yet.

“We won’t be writing off La Liga,” he said. “We go out to win every game we play, be it our domestic league, the Copa del Rey, the Champions League or whatever.”

Griezmann said on Monday that he also wanted to win the Ballon d’Or and that he is finally eating at the same table as Cristiano Ronaldo and Lionel Messi, but former Atletico striker Diego Forlan does not think Griezmann is yet at that level.

“Messi and Cristiano are ahead of everyone,” Forlan told El Larguero on Monday night. “Griezmann still isn’t at their level and Neymar, being as complete as he is, is the closest to this table, which at the moment only has two people at it.”

Griezmann renewed with Atletico until 2023 during the summer and cited his trust in Diego Simeone as one of the reasons he stayed. Asked if their futures were linked, Griezmann said he does not see any reason, for now, why either of them would leave the club.

“That’s not something I think about,” he said. “I see him being here, I see myself being here, and as long as we’re still up there I don’t see why he’d leave.”