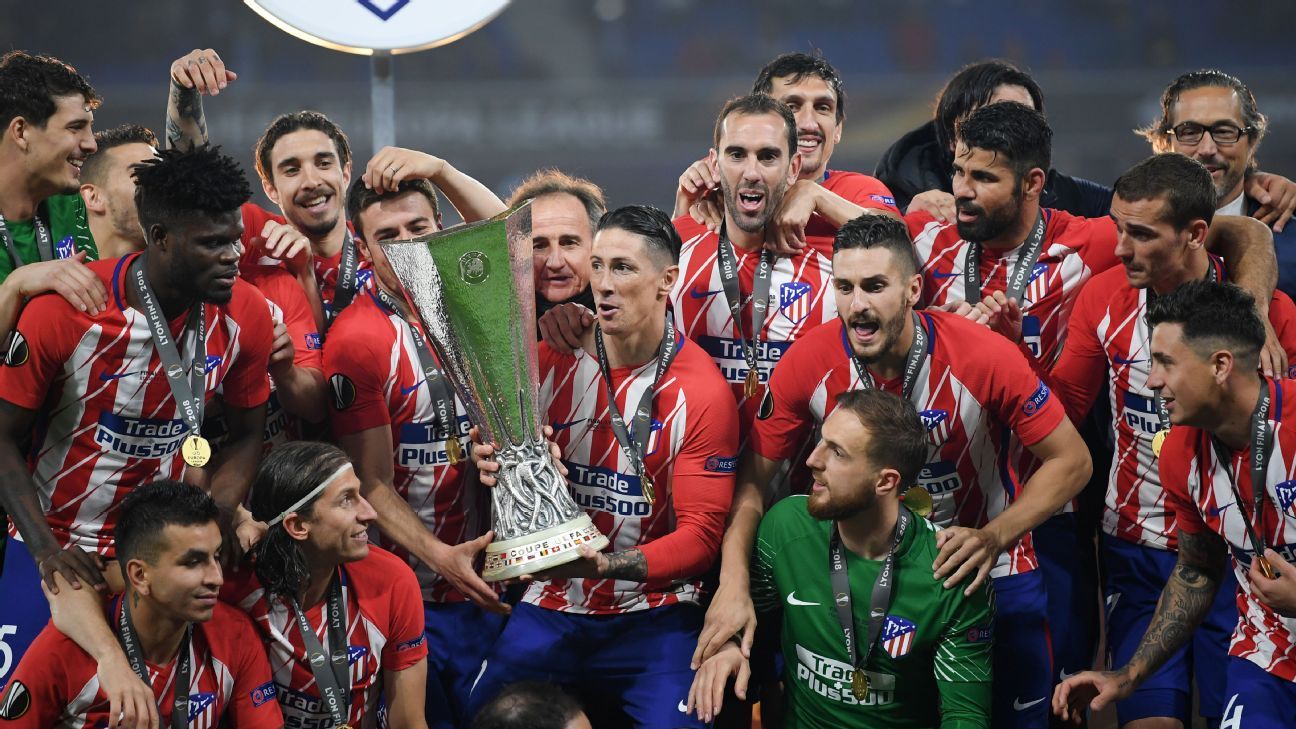 
Diego Simeone would never allow you to believe it, but there is excitement building at Atletico Madrid this summer. Whisper it quietly, but “El Pupas” — the cursed one — as they have been known over the years could be about to shed that tag and become “the fancied one” this season.

A genuine summer of success has built on the return of Diego Costa in January. Combine it with a transfer window of flux at rivals Barcelona and Real Madrid and there is a genuine argument to be had that Atleti are arguably the best placed of the three going into this campaign.

A repeat of their stunning 2013-14 league winning season is very much on the cards, and this time they have better options all round.

They have built on Europe’s most belligerent defensive spine — made up of Jan Oblak, Diego Godin, Jose Maria Gimenez, Saul Niguez and Koke — and now possess one of the continent’s most exciting forward lines, too.

The arrivals of Thomas Lemar and Gelson Martins perfectly complement and supplement Antoine Griezmann — who committed his future to the club earlier this summer — and Costa. It is a foursome that will strike fear into defences across La Liga and the Champions League, with a perfect mixture of pace, power, technique and guile.

Moreover, it is a far cry from last season when a past-his-prime, labouring, Fernando Torres and a significantly out of his depth Luciano Vietto were first reserves. The duo have the requisite quality to go straight into the side immediately and will help reduce the goalscoring burden on Griezmann.

Lemar is a genuine box-office player, possessing the kind of directness that the club have lacked since Yannick Carrasco left last winter. Crucially, Lemar’s output and final ball are superior to the Belgian’s, while the attitude he has demonstrated in preseason, cutting short his post-World Cup holiday in order to train under the demanding gaze of Simeone, is both admirable and encouraging.

The versatile former Monaco man — capable of operating both in midfield and attack — gives the Argentine coach numerous tactical options that will allow him to switch up his play depending on opponent and need.

You could easily see him lining up in a midfield three alongside Koke and Saul, with Gelson supporting Costa and a Griezmann in a 4-3-3 against sides content to sit deep in a low block. Likewise he can play in one of the wide positions in a 4-4-2 on big Champions League nights when things need to be kept tight.

Gelson, meanwhile, is a canny, opportunistic piece of business from the club. Getting in a player of the calibre of the Portugal international on a free was a no-brainer and, like Lemar, can operate on either flank in the front three or in a four across the midfield.

For a team that plays so much of its football on the counter-attack, his searing pace will be a welcome addition.

With city rivals Real struggling to attract a manager after Zinedine Zidane’s departure and finding it equally as tough to replace arguably the best player in their history in Cristiano Ronaldo — having only managed to come third behind Atleti last season, lest we forget — there is an argument there that they are significantly weaker than last year. There will be a period of transition under new boss Julen Lopetegui that Atleti must be ready to take advantage of.

Barcelona, meanwhile, are still reeling from Griezmann’s snub before the World Cup. Having failed to land their No. 1 target, with coach Ernesto Valverde disgruntled, Luis Suarez and Lionel Messi into their thirties and both a year older, Malcom largely unproven and Ousmane Dembele seemingly on the fringes, it’s not hard to argue that Los Rojiblancos now have a better all-round frontline than the Catalan giants, too.

Simeone now has a young squad brimming and bursting with quality. He might even decide to change tact and adopt a more attacking approach given the options at his disposal, too.

Either way, one thing is for certain, Atletico Madrid mean business and this season could well be theirs for the taking.