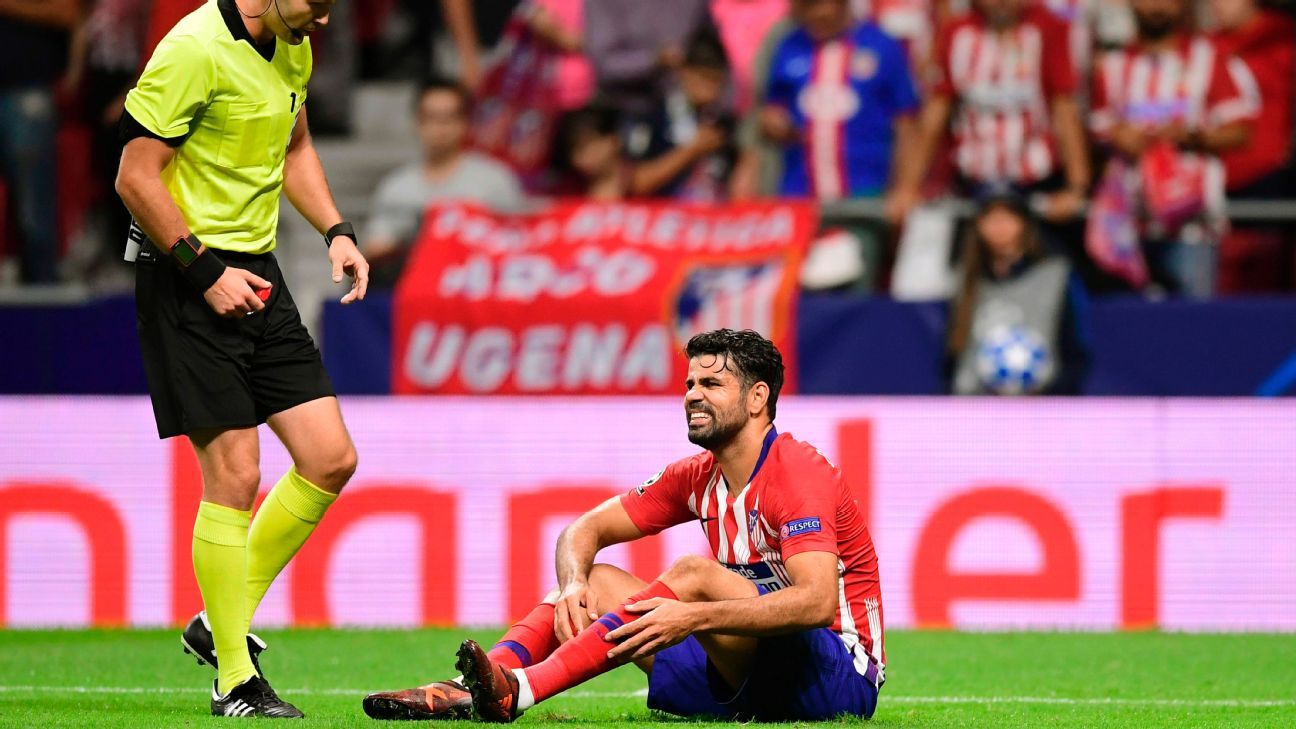 
Atletico Madrid have been given a boost ahead of their top-of-the-table Champions League clash at Borussia Dortmund on Wednesday as striker Diego Costa and defender Stefan Savic have returned to training following injuries.

Costa, who scored in Atletico’s opening-game win away at Monaco and set up a goal in the 3-1 victory at home to Club Brugge, has been sidelined since hurting his hamstring against the latter on Oct. 3.

Montenegro centre-back Savic has been sidelined for six weeks since suffering what the club described as a “severe muscle injury” while on international duty in September.

Dortmund lead the group on goal difference after beating Brugge 1-0 away and Monaco 3-0 at home and are also top of the Bundesliga, having thrashed Stuttgart 4-0 on Saturday, while Atletico were held to a 1-1 draw at Villarreal.

This will be just the third meeting between the sides, having previously met in the group stage of the 1996-97 Champions League.