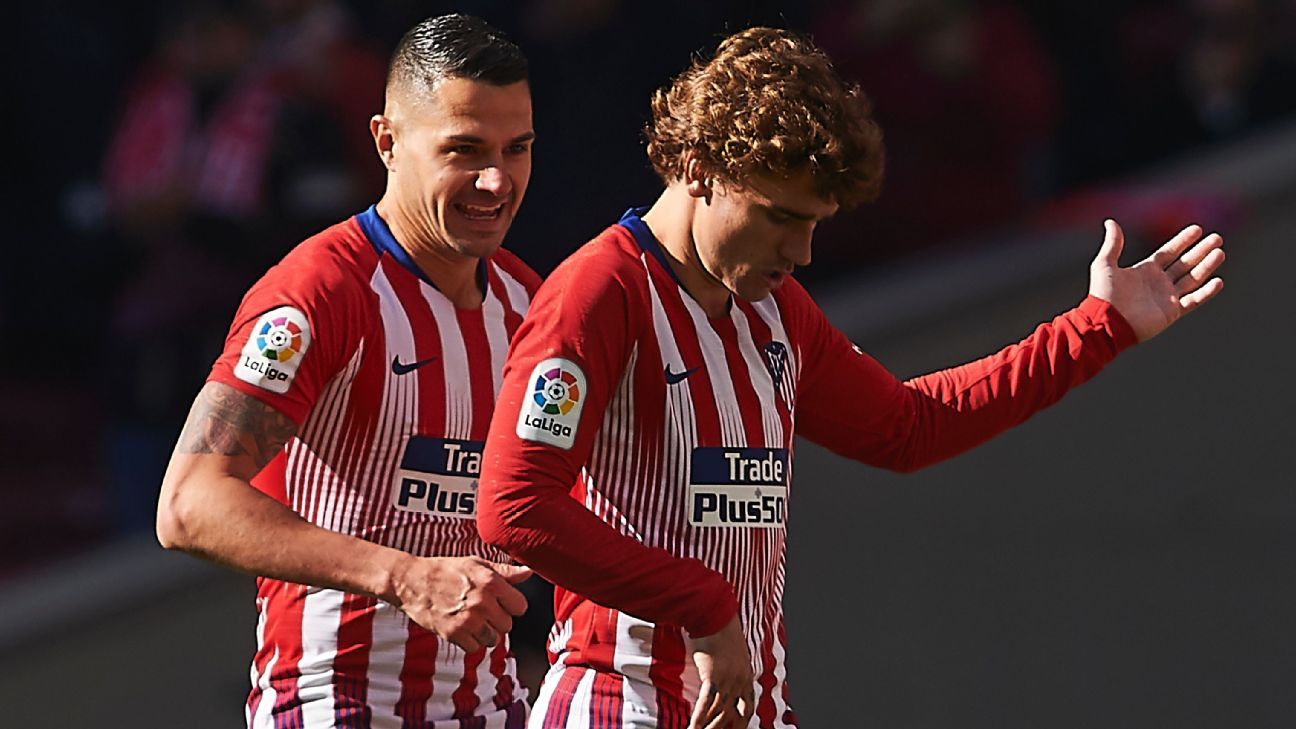 
Antoine Griezmann proved to be Atletico Madrid’s decisive figure yet again as the Frenchman struck the only goal in a 1-0 win at home to Levante on Sunday which kept Diego Simeone’s side in touch with La Liga leaders Barcelona.

Griezmann smashed home from the penalty spot in the 57th minute to score for the fifth consecutive game in all competitions after Levante midfielder Nikola Vukcevic was penalised for handball in the area.

Levante, who were perhaps feeling the effects of beating Barcelona 2-1 on Thursday the Copa del Rey, produced a scrappy display but had one chance to level when Jose Luis Morales was played in. However, the forward’s shot bounced off the chest of Atletico goalkeeper Jan Oblak.

Atletico dominated the first half without creating too many chances and thought they had taken the lead when Koke netted in the 10th minute only to see the goal was disallowed for a foul by midfielder Rodri after a video assistant referee review.

Simeone was forced to field usual right back Juanfran on the left of defence due to personnel shortages and the Argentine coach suffered yet another injury setback in defence when centre back Stefan Savic had to be substituted early in the game.

Despite the narrow scoreline, Simeone said he thought his side had played well and explained why he rushed on to the pitch to embrace his players when the fulltime whistle came.

“It was one of our best displays this season, along with [the 2-0 win over] Borussia Dortmund,” Simeone said. “We always were looking to take the game to our opponents and kept pressing high.

“We had to overcome the ruled out goal and Savic’s injury and we reset ourselves, against a very good team.”