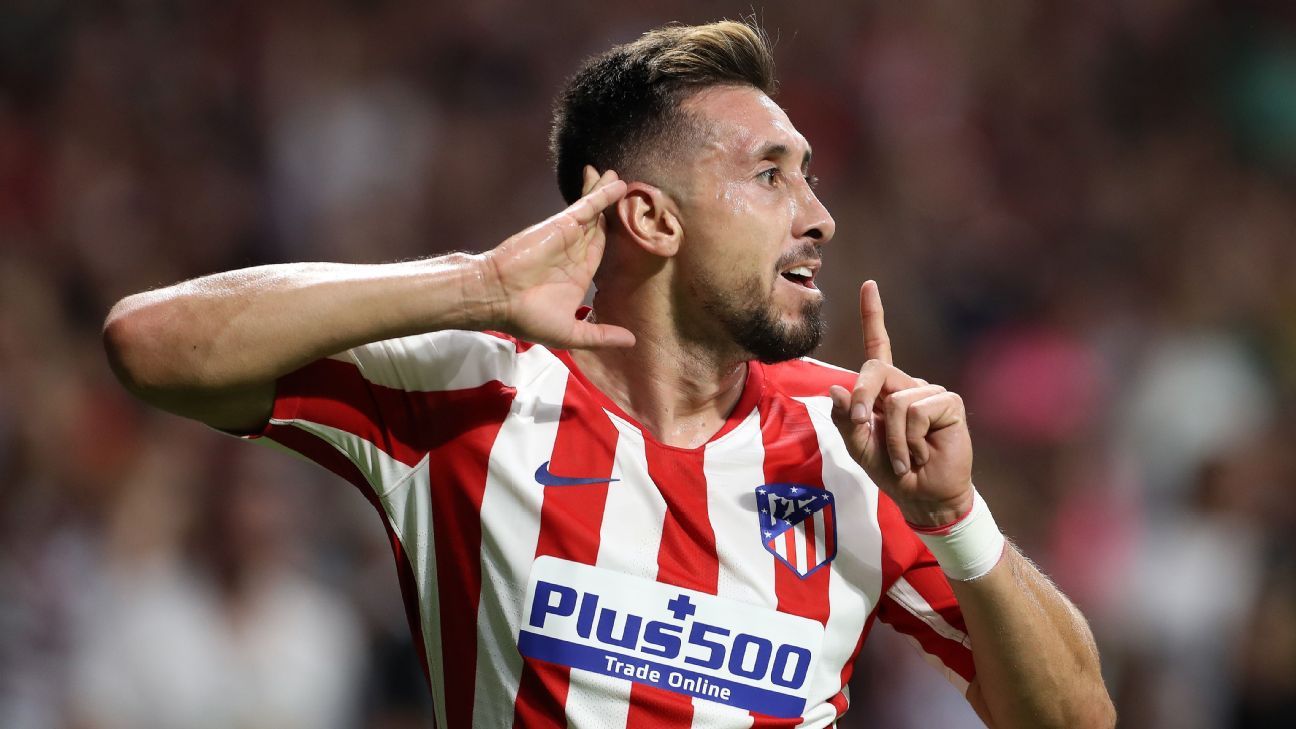 The match pitted Juve’s Cristiano Ronaldo against his countryman and heir apparent for Portugal in Atleti’s Joao Felix, with the latter forcing two saves from Wojciech Szczesny in the opening minutes.

Ronaldo tested Jan Oblak late in the first half, but otherwise chances were hard to come by and the teams went into half-time locked in a goalless draw.

However, the visitors would be in front minutes after the restart when Juan Cuadrado finished off a high-speed counter-attack with an unstoppable left-footed shot to the upper corner to make it 1-0.

Blaise Matuidi doubled Juventus’ lead on 65 minutes, rising up to power home a header from Alex Sandro‘s cross, but Atleti hit right back when Stefan Savic beat his defender to the back post and nodded into an empty net to make it 2-1.

Juventus looked set to pick up all three points, but Herrera’s acrobatic header from a Kieran Trippier corner drew Atleti level just before second-half stoppage time to steal a late point at home and spark jubilant scenes in the stands and around the home dugout.

“It’s clear we understood that this was his moment and he’s taken advantage of it in the best way,” Atletico manager Diego Simeone said of Herrera. “Aside from the goal, he showed personality, showed he’s a man. When Hector controlled the ball there was tranquility, peace in his game … Hopefully he manages to show continuity in his work because we obviously need everyone and internal competition is very good for us.”

Herrera, who joined Atleti from Porto in the offseason, told ESPN: “I think you have to be patient and work to the maximum to be prepared when the opportunity arrives. That’s what I’ve done in these weeks: work, support, even though I’m not playing and contributing to the group. The base of everything is work. I think that we should be professional and work in silence and be ready when the opportunity arrives.”

“A draw isn’t bad at all given the team we were up against and we were better than them in many moments of the game. I’m so happy to have made my debut and to help the team.”

On the other side of the pitch, Juve defender Leonardo Bonucci did not hide his displeasure in conceding twice with a two-goal lead to let the three points slip.

“It’s a real shame to concede two goals from set plays. We had a great performance, but we’ve got to be more focused, because this has happened too many times now,” Bonucci told reporters.

“Everyone has to be more concentrated. A side like ours cannot keep conceding this many goals from set plays.”

Juventus will next play Bayer Leverkusen in the Champions League in Turin on Oct. 1, while Atleti are away to Lokomotiv Moscow.