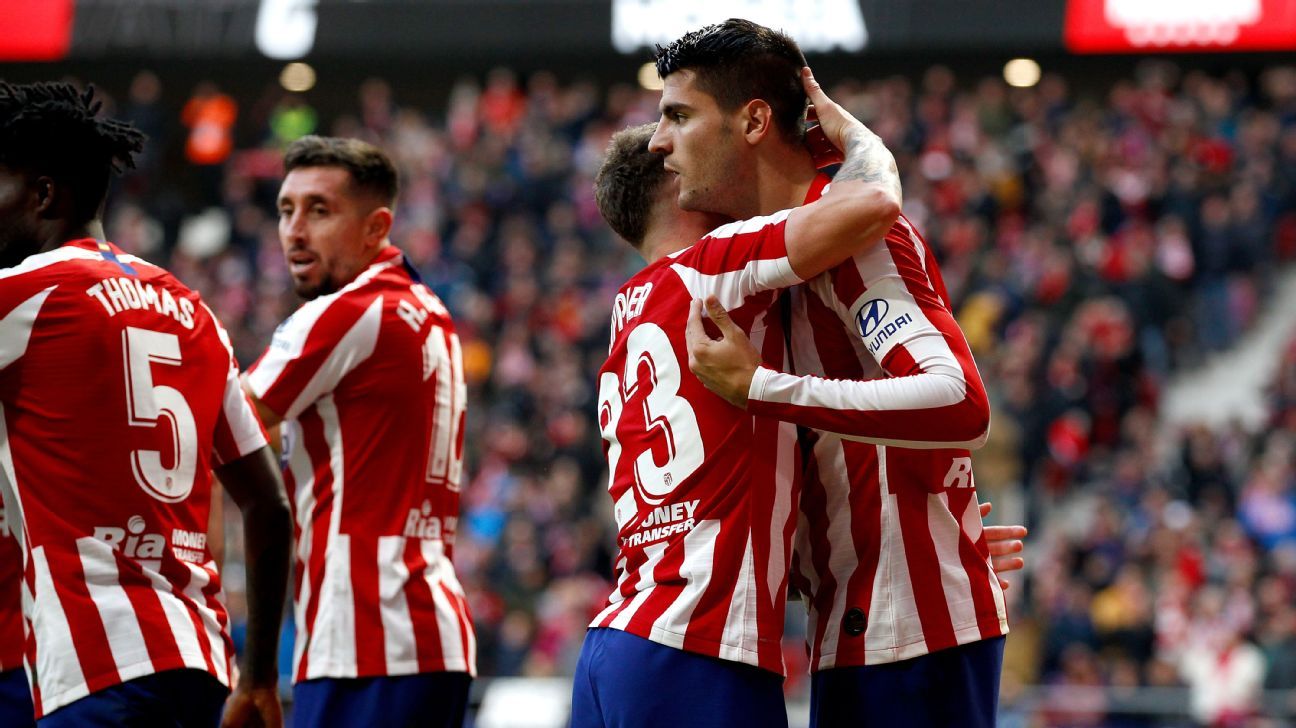 Atletico Madrid striker Alvaro Morata scored for the sixth game in a row to help his side to a 3-1 win at home to struggling Espanyol on Sunday, taking them up to third in La Liga.

Espanyol, who have only won twice in the league this season, took the lead against the run of play in the 38th minute when midfielder Sergi Darder fired home from just outside the area.

Atletico levelled on the stroke of halftime when Angel Correa glanced a header over the line following a goal-bound cross from Morata, with the goal eventually being awarded following a VAR review for a possible offside.

The home side had a penalty appeal turned down early in the second half after another VAR review but eventually took the lead in the 58th minute when Morata raced on to a pass from Vitolo and lashed the ball past visiting keeper Diego Lopez.

Koke struck the third in stoppage time, controlling a cut-back from Diego Costa and rolling the ball into the net to seal a much-needed win after five draws in Atleti’s last six league games and defeat by Bayer Leverkusen in the Champions League.

“It was very important that we won today, there have been other games recently where we deserved more than we got but we stuck together and got three very important points,” said goalscorer Morata.

“We are a tight group and we don’t care what people say about us. If we play as well as we can we know we’ll go far this season.”

The victory sees Atletico climb above Real Sociedad into third on 24 points after 13 games, one behind leaders Barcelona and second-placed Real Madrid who each have a game in hand.

Atletico coach Diego Simeone made three changes to the side that were beaten in Germany, resting full backs Santiago Arias and Renan Lodi and putting Costa on the bench while bringing in Kieran Trippier, Hector Herrera and Vitolo.

“I wanted to add more strength to the team, we created danger throughout the first half but then they scored and it looked as though the game was going to be very difficult for us,” said Simeone.