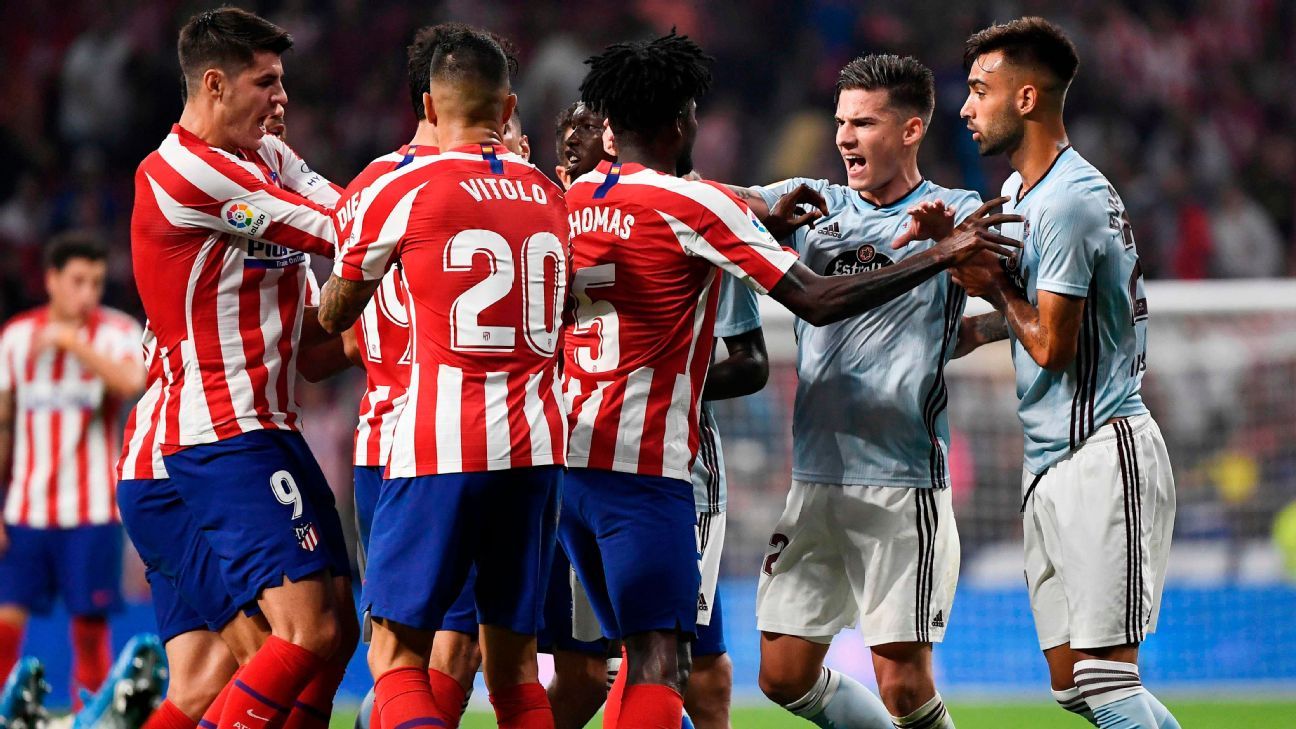 
Atletico Madrid missed the chance to go clear at the top of La Liga on Saturday when they were held to a frustrating goalless draw at home to Celta Vigo, dropping points for the second week in a row.

Atletico had earned a spirited 2-2 draw against Juventus in the Champions League three days earlier and they created far more chances than Celta but some impressive saves from visiting goalkeeper Ruben Blanco denied them the goal they craved.

Blanco tipped a powerful header from defender Felipe over the bar when the game was a few minutes old and he produced an even better save in the second half, leaping to palm away a shot from Koke that was destined for the top corner.

Atletico, who saw their 100% start to the season ended by last week’s 2-0 defeat at Real Sociedad, are second in the standings on 10 points after five games.

Sevilla lead the standings, also on 10 points, and can extend their advantage when they host Real Madrid on Sunday.

Atletico coach Diego Simeone said his side were still feeling the effects of the Juventus game, in which they came from two goals down to snatch a draw, and rued his side’s lack of composure in front of goal.

“We went into this game after making a gigantic effort on Wednesday, the first half was even but in the second we did everything we could to try to find a goal,” he told a news conference.

“We also missed a few chances against Juventus too, we were too hurried and anxious in front of goal as we really wanted to win, but I’m focusing on the positive things we did. We played with intensity and created a lot of opportunities.”

“Our league is fantastic, any team can push you to the limit and Atletico test you even more in their stadium,” he said.

“I’m so proud of our performance, I wanted our players to leave everything on the pitch and they did.”