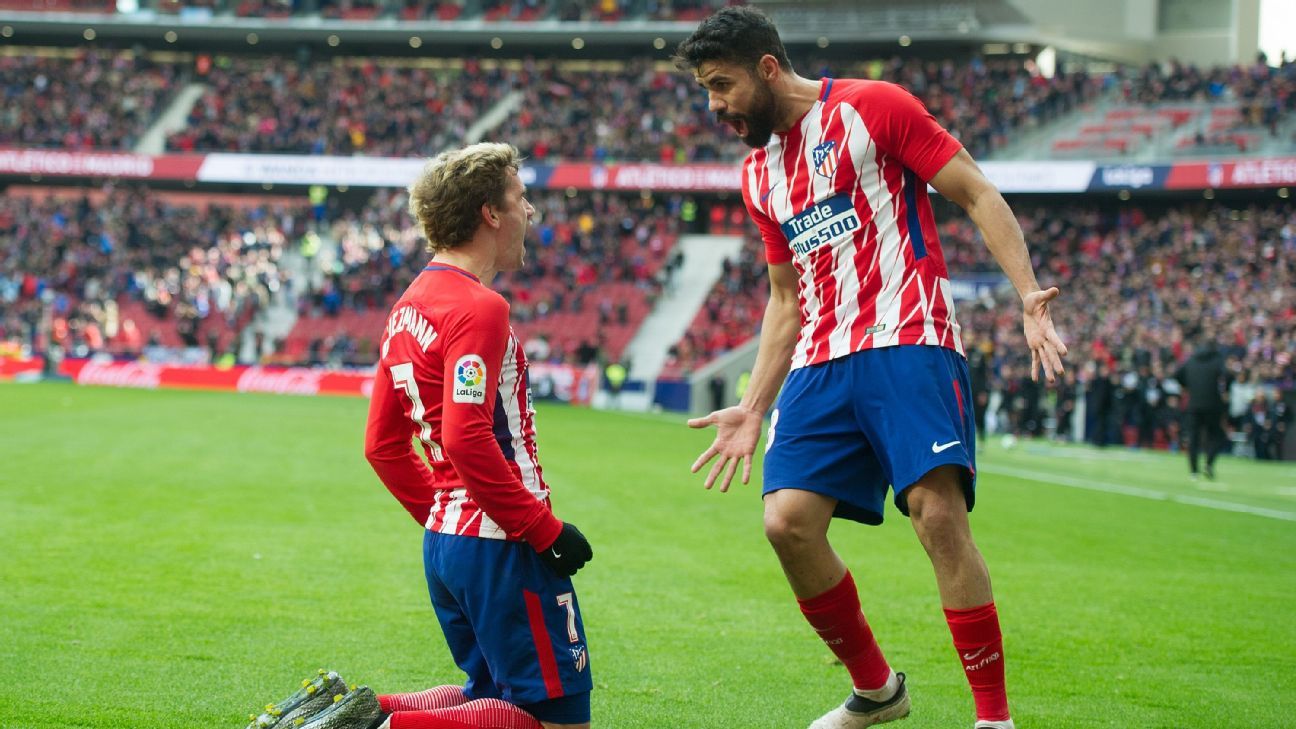 Atletico Madrid returned to winning ways in style by easing past Celta Vigo in a 3-0 win to reduce the gap to league leaders Barcelona to eight points.

Diego Simeone’s side saw their six-match league winning run ended by a Lionel Messi goal in the clash between La Liga’s top two teams at the Nou Camp last week, and Atleti struggled to break down the Celta defence for long spells of the first half.

However, Antoine Griezmann stepped up to score the opener and assisted another as the second-placed side did not look back after the restart.

The Frenchman produced a great reverse pass to find Vitolo in the penalty area, and he chipped the onrushing Ruben Blanco to double Atleti’s lead before Angel Correa rounded the scoring four minutes after coming on as a substitute with a powerful strike.