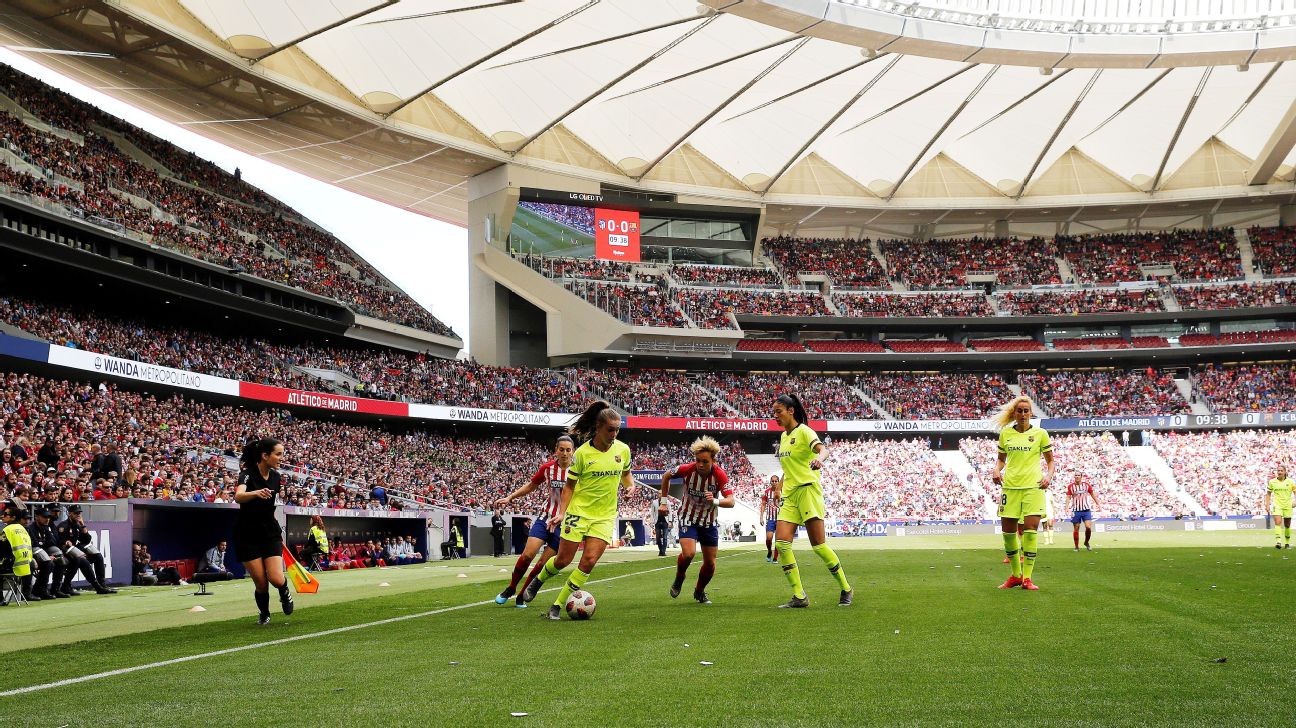 Atletico usually play their home games at the club’s training ground but the demand for tickets forced them to move the fixture to the 68,000-capacity Wanda Metropolitano on the outskirts of Madrid.

The crowd saw Atletico fall to a 2-0 defeat, as goals from Asisat Oshoala and Toni Duggan re-opened the title race.

“So that’s how it feels to score against your rivals, in front of 60,000 people!” Duggan wrote on Twitter after the match.

“What a day, more importantly what a WIN! Today we made history.”

The record attendance in Madrid continues an increasing rise in the popularity of the women’s game in Spain.

Athletic Bilbao had only set a new record attendance for a women’s game in the country last month when 48,121 supporters attended their Copa de la Reina game against Atletico at San Mames.

Tickets for Atletico’s match against Barca were available for free to club members and for as little as €5 for the general public.

An Atletico spokesman told ESPN FC that over 40 percent of the tickets on Sunday were paid for.

The final attendance was still some way short of the world record crowd for a women’s international match, with 90,185 people in attendance for the 1999 World Cup final between the United States and China at the Rose Bowl in Pasadena.