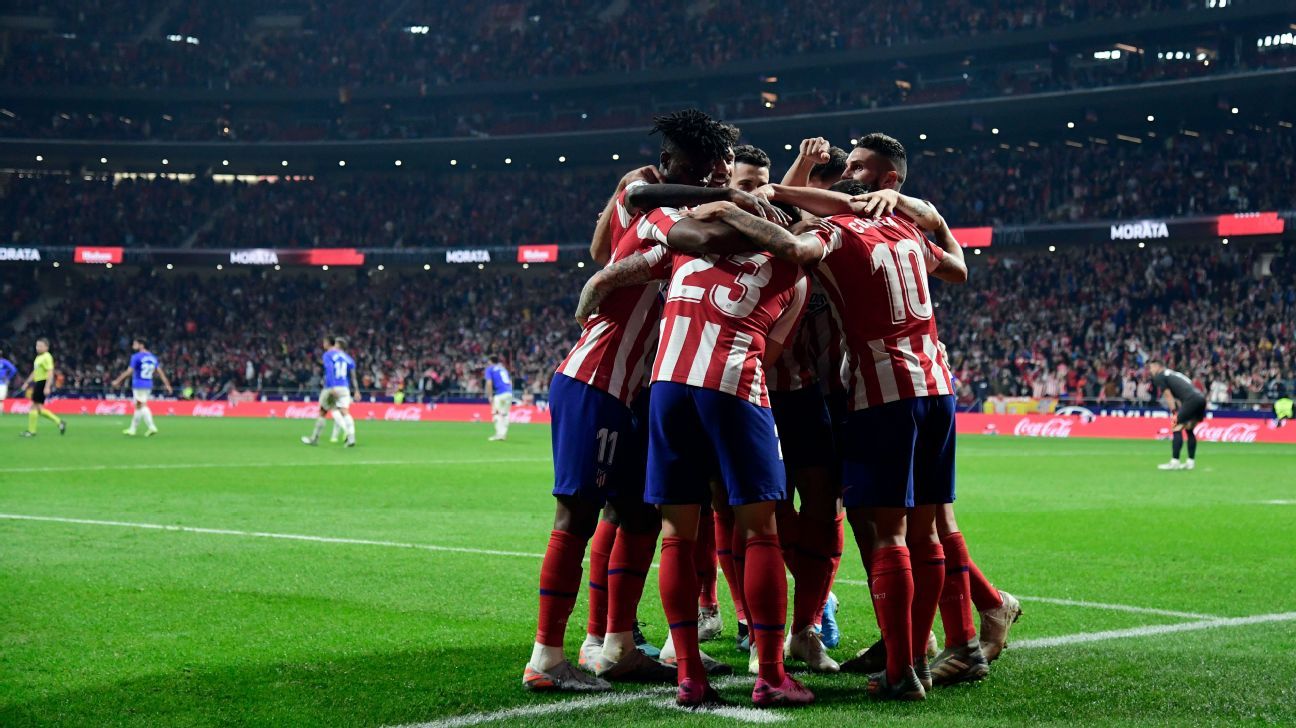 Atletico Madrid snapped a three-game winless streak in La Liga by beating Athletic Bilbao 2-0 at home on Saturday to move level on points with table-topping Barcelona.

Saul Niguez put injury-stricken Atletico ahead in the 28th minute while Alvaro Morata bundled the ball in from close range in the 64th to seal their first home league win for four games.

Atletico have 19 points after 10 games along with champions Barca, who have a game in hand after the ‘Clasico‘ against Real Madrid was postponed until December due to security concerns.

“Today the fans were on our side and that makes you much more up for the game from the start,” Saul told reporters.

“We always go out looking to win and the three draws in a row [in la Liga] had left us with a bittersweet taste so it was vital that we won today.”

Atletico were without their record €126 million signing Joao Felix due to an ankle injury and first-choice central defenders Jose Gimenez and Stefan Savic, while Diego Simeone left out Diego Costa in favour of Angel Correa.

Argentine Correa has enjoyed little first team football this season and was making only his second start in the league but he played a decisive role in the victory by setting up both goals.

He used strength and pace to burst into the box and roll the ball across for Saul to strike it into the net to break the deadlock against an Athletic side who before the game had the joint-best defensive record in the league along with Atletico.

Correa then got down to the byline to send a low cross towards Morata, who only had to guide the ball into the net.

The visitors had nearly taken the lead early in the game when defender Inigo Martinez glanced a header towards the top corner but Atletico goalkeeper Jan Oblak produced an outstanding leaping save to keep the effort out.

Athletic then had a half-hearted appeal for a penalty waved away shortly after the opening goal when Iker Muniain appeared to be pushed to the ground by Saul.