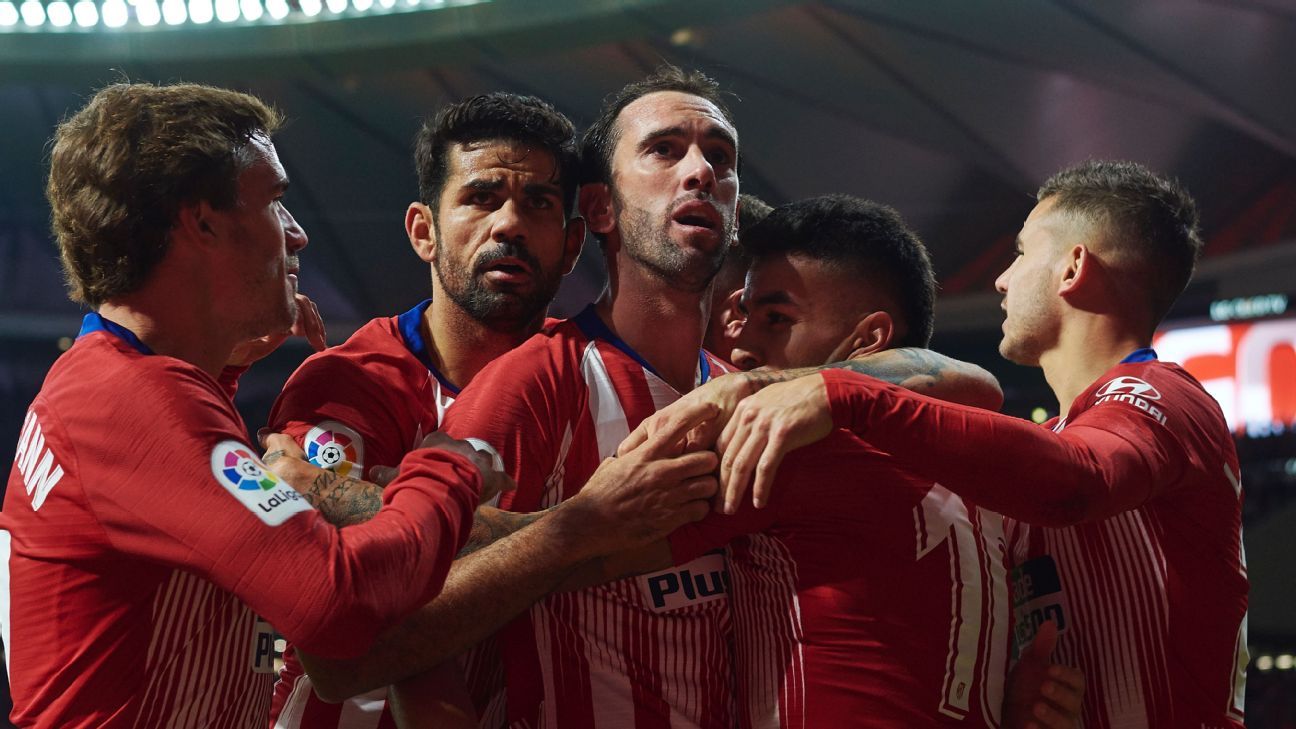 
Atletico Madrid coach Diego Simeone said his team had shown their “inner strength” by ending a difficult week with Saturday evening’s straightforward 2-0 win at home to Real Sociedad, which sent the Rojiblanco outfit provisionally top of the La Liga standings.

Atletico went ahead just before the break when captain Diego Godin poked home after good work by Angel Correa, with substitute Filipe Luis making it 2-0 with a rising right-footed strike soon after entering at half-time.

“We always have the responsibility to compete well and today we played a very good game,” Simeone told the post-game news conference. “We played well at Dortmund, although the result was bad. We had talked among ourselves, and wanted to respond in the best way. We showed once again the inner strength of the group. We want to stay on this path, the team upped its intensity for longer periods of the game than against Dortmund. We will now just watch tomorrow’s game and see what happens.”

Simeone made five changes to his XI from Wednesday’s defeat in Germany, with Correa and young midfielder Rodrigo Hernandez among the players to come in. Asked about his selection, the Argentine preferred to focus on those players who had not even made it off the bench tonight.

“The team has very good players,” the Argentine said. “Today were left out Thomas [Partey], Gelson [Martins], [Nikola] Kalinic, Vitolo … We have an important group and hopefully the time they get strengthens the team.”

It was a frustrating evening for Diego Costa and strike partner Antoine Griezmann, who still have just two La Liga goals between them so far in 2018-19 (both by Griezmann in the opening weeks).

“Costa and Griezmann did tremendous work and helped the team,” Simeone said. “I am not worried about them, I am sure that in some moment they will appear. They are great forwards, we just have to wait. Costa is huge for us, in the team and in the dressing room. Today he worked hard, pressured, insisted, there is no other path for him.”

Atletico defender Lucas Hernandez was substituted at half-time with a thigh injury, having started most games recently at either left-back or centre-back, where his competition for a place are veterans Filipe Luis and Godin.

“[Lucas] began the game with a niggle, and we decided to take him off before he picked up a [more serious] injury,” Simeone said. “We hope it is just a strain. Lucas is a player with a great future, and he has two lions around him who will keep fighting for their place in Filipe and Godin.”