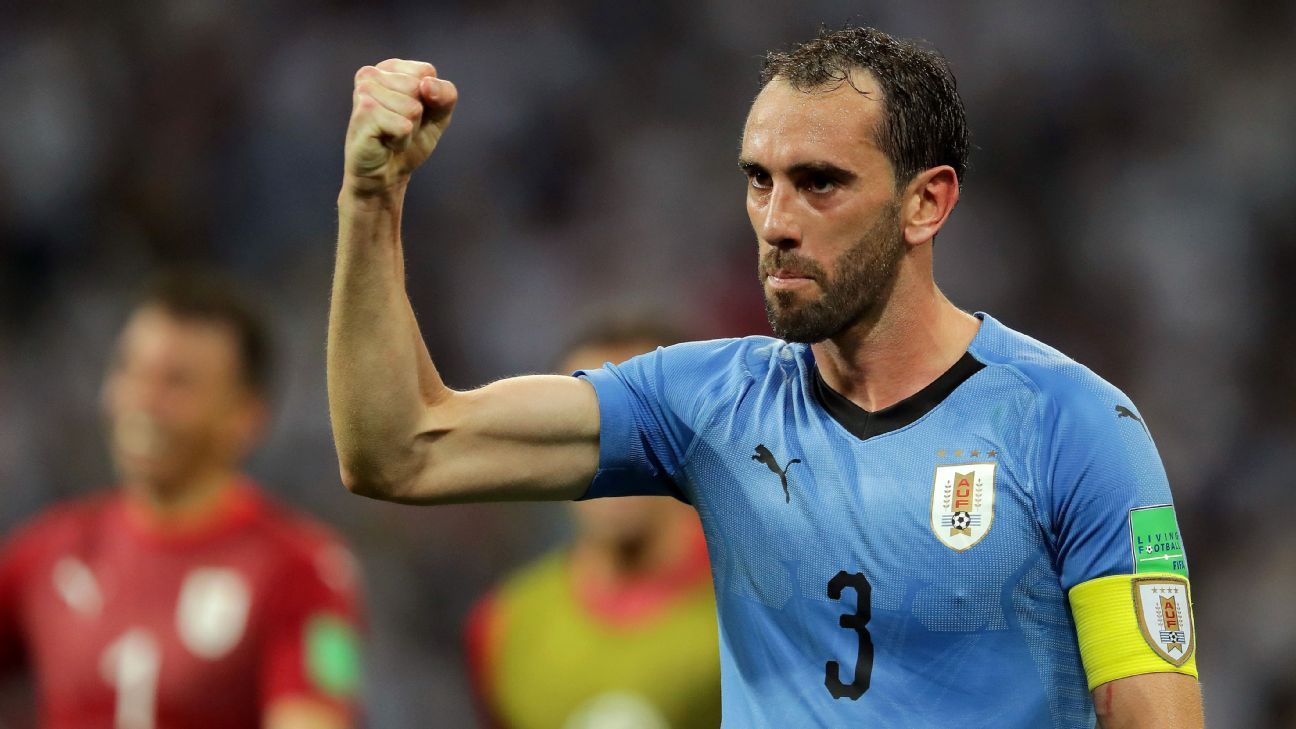 Uruguay’s Diego Godin was arguably the best defender at this summer’s World Cup, but the 32-year-old centre-back could actually now be surplus to requirements at his club, Atletico Madrid.

Rumours that Atletico and Godin may end an eight-year association first began just after the domestic season ended, with Diego Simeone’s side winning the Europa League and finishing second in La Liga.

AS then revealed during the World Cup that Godin’s release clause had dropped to €20 million, as his contract entered its final 12 months, and reported that Juventus were interested in making a move at that price.

At first it seemed the speculation might be a ploy to get an improved new contract — that is what happened in the summer of 2015 when Godin was reportedly close to joining Chelsea or Manchester City, only to secure an extra year on his existing deal and a nice payrise too.

Manchester United, Bayern Munich and Paris Saint-Germain have also shown interest in the defender over the years, no surprise really given Godin has been perhaps world football’s most reliable centre-back for five or six years now. But Atletico have always fought to keep him, and the player himself has regularly spoken of how money was not the most important for him.

“There was a team who offered me a lot of money last summer and I did not want to leave,” Godin admitted in 2016. “Maybe other clubs are more financially powerful, but none gets so much out of the individual player as Atletico. I’m with Atletico because of the love given by the fans. For me that is more important than any individual trophy.”

That may or may not still be the case. Long-time teammate, and another key cog for Atletico, Gabi, surprisingly left the Wanda Metropolitano earlier this month to take up a lucrative two year contract at Qatari club Al-Sadd. Veteran striker Fernando Torres has also departed for Japan, where he will cash in.

After his excellent World Cup, Godin will never have a better chance for one last big payday. On the other side, Atletico’s chief executive Miguel Angel Gil Marin will know that this summer is the last chance of getting anything like €20m for a player who turns 33 next February.

There were signs during the 2017-18 season that Godin was not quite the force of previous years. Atletico’s previously impregnable defence was shaky through the first half of the campaign. Godin still stood up when it counted most — with his two best appearances of the season coming in the Europa League semifinals against Arsenal, particularly the first leg when he led the resistance as Simeone’s side played 80 minutes with just 10 men.

But Godin has also done a great job of bringing through his successors at centre-back, to the point where he may no longer be an automatic pick.

Atletico’s best defender last year was probably Lucas Hernandez, a centre-back by trade who filled in mostly at left-back when Filipe Luis was injured.

The 22-year-old was fast-tracked to fill France’s problem position, and started all seven games in Russia to become a World Cup winner, so it is hard to see him going back on the bench long-term. And his most natural position is Godin’s left-sided centre-back slot.

The final stages of last season also showed that Jose Maria Gimenez, who has had four seasons alongside his fellow Uruguayan, is ready to stand on his own at the age of 23.

Both Gimenez and Lucas have also signed new long-term contracts with Atletico, in contrast to Godin’s situation dragging on for weeks. Meanwhile, Atletico’s chiefs have also been doing some long-term planning, with 17-year-old centre-back Nehuen Perez having agreed to join from Argentinos Juniors next summer.

Most of the stories around Godin’s future, both in the Spanish and Italian media, have included Juventus’ name from the start.

The Serie A side’s willingness to give one last payday to a La Liga player whose current club are unsure of his long-term value was proven just this week with Cristiano Ronaldo’s arrival in Turin. Sportmediaset reported that Juventus have made Godin a three year contract offer, at €4.5 million per season. Atletico are very unlikely to match that.

If Godin does come on the market it would be no surprise for other clubs, including his former suitors in the Premier League, to make a move. The World Cup showed that he is still at the top of his game but an amicable exit would make sense for all parties involved.