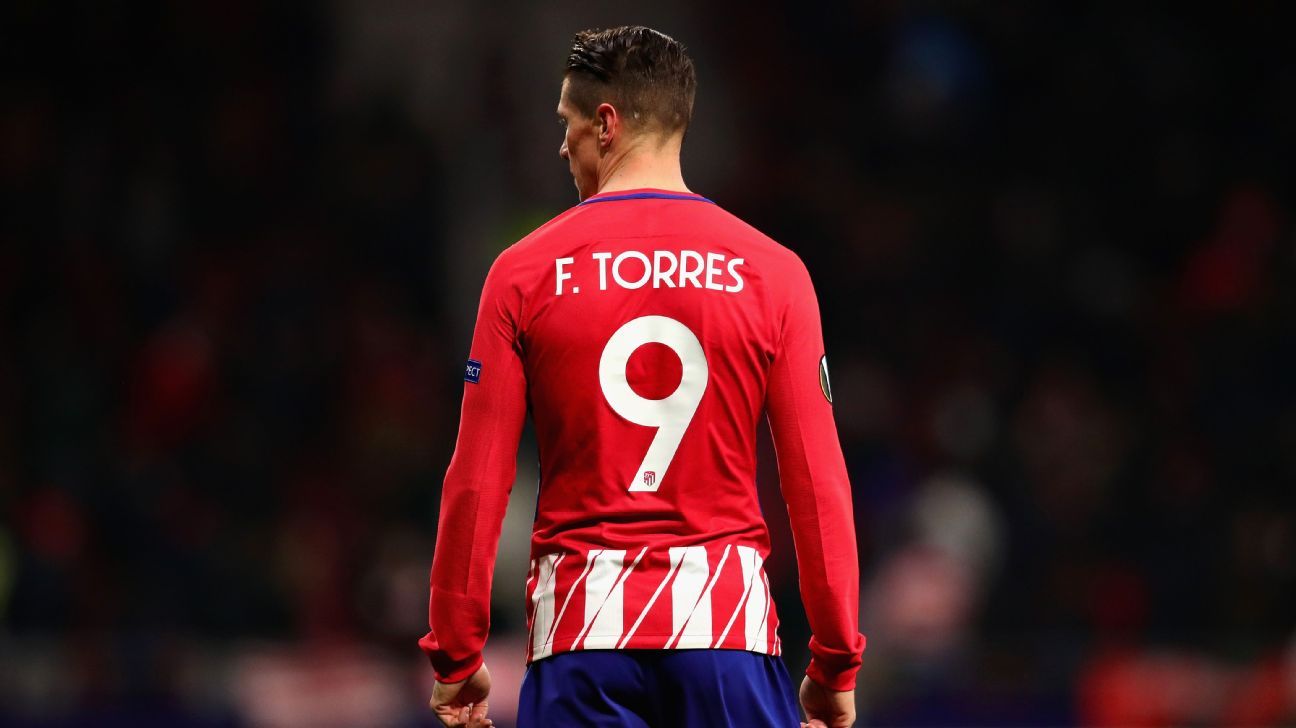 It was just one word, but it cut deep. It said everything, and changed everything too.

At Cerro del Espino, Atletico Madrid’s training ground to the northwest of the capital, Diego Simeone was asked about Fernando Torres. The question, framed around the efforts that Atletico’s manager was making to keep Antoine Griezmann, got off to a false start. Simeone interrupted, suspicious of where his interrogator was going with this, but when it was eventually asked, it was direct:

“I would like to know if you would be prepared to try to make Torres stay for another year?”

The answer was even more direct: “No.”

No, full stop. Nothing else. No. Over.

Afterwards, Simeone tried to explain that he was only interested in the team and not an individual, but the damage was done. He had said what he said and the way that he had said it. Where he had said it, too: in a press conference, in front of everyone except Torres. “No.”

Torres’ contract is up on June 30, and his manager has no intention of him continuing beyond that. That’s it, the end. The Kid, gone.

“Fernando should be grateful that Simeone was clear about where he is not going to play next season,” said Jose Antonio Martín Peton, his representative. “The way Simeone acted is not the best. There are lots of ways of revealing the plans you have. This doesn’t help, and things that don’t help have to be eliminated. If he has any complaint about Fernando Torres, he needs to tell him personally, not say so publicly.”

Simeone can have few complaints about Torres. In fact, in El País, Ladislao Monino revealed that a couple of weeks ago he held Torres up as an example for other players (in this case, Yannick Carrasco and Angel Correa) to follow.

In the first match Torres played after his return to Atletico, he scored against Real Madrid in the Copa del Rey; the next match, he was on the bench. He has played a lot of games (142) since his return but has never been a regular starter. At times, there has been frustration at the limited opportunities: On one occasion, it was pointed out that he looked in great shape, fast and on form; to him, that made it worse. But he has never said a word. The work continued, and if he has not always played well, every time he has played, his attitude has been faultless, impeccable, professional. But that doesn’t mean it doesn’t hurt, and not just Torres, but those around him, sensitive and defensive. And with Torres, it goes beyond the purely professional, of course. He is not just any player.

Torres is an Atletico fan who first went to the Calderon with his grandfather, and who talked about wearing his club colours to school with pride, outnumbered by Real Madrid fans in Fuenlabrada; a youth-teamer they called “The Kid,” a freckly teenager who broke into the first team and helped take them back to the top flight; a European champion who celebrated with the club’s flag and whose departure they understood, embracing Liverpool as their English team; a World Cup winner who came back, presented in front of 40,000 fans; the striker who reached 100 goals and sought out the man who first discovered him and still worked at Atletico to hand him his shirt.

It is impossible to do justice to just how much an idol Torres is and what he means to supporters. When Atletico signed him, Simeone talked about the importance of “belonging” and of what the striker represented for the club, his symbolism. But he also talked about how the club had signed “the player, not the icon.” He knew, though, that he had an icon too. That represents a challenge for any coach. For one like Simeone — at once driven, cold and calculated, and yet emotional too, a man whose connection to the club goes way beyond the contract — perhaps more so. It is difficult for the context to be the same with footballers who are more than just footballers.

In December, Torres said: “There will never be a Torres-Simeone divide; I won’t allow it.” The very fact that he said so, that he was asked, hinted at a relationship that, while far from broken, was not as warm as some might have liked, even if it appears a stretch to give credence to those (particularly among Torres’ most staunch defenders) who have used the word “jealousy.” There had even been suggestions that Simeone had shown little concern when Torres suffered a head injury at Deportivo last season. If that too seemed unfair, a particularly unpleasant insinuation, some actually dared say it. Simeone had rarely defended Torres as he has repeatedly done with Griezmann, for example, despite Griezmann’s open flirting with a departure, despite him gesturing his discontent to his own fans.

Discussing his strikers and the way fans respond to them in December, Simeone said: “[Luciano] Vietto scores no goals, and people criticise him. [Kevin] Gameiro scores few goals, and it’s the same. Fernando scores few, but he’s the club’s idol.” Forced to explain it, he described Torres as the “purest reflection of the values of the club.” Simeone explained how every day after training, 100 fans wait, and every day Torres stops for all 100 of them, taking 100 photos.

Photos are one thing, playing another. And now there is not long left. Torres always assumed that he had four months to go, during which he would play every game as if it was his last — not least because it might be — and hope that he could depart with a first title for Atletico, his Atletico. In purely footballing terms, there really is nothing remarkable about what Simeone said. Torres has started just three league games this season, and while he might have expected to play more, while he may feel that opportunities have been fewer than he deserves, and while he never lets anyone down, that is no great scandal. It is normal, except that he is not just a normal player.

It’s no real surprise that Torres won’t continue. The question, in a way, is not whether he leaves, it is how he leaves, how it is managed, how it feels. And that question is even more pertinent now. Not just how, in fact, but when?

It is not only what Simeone said, it’s how he said it. His response — stark, blunt and painful — means there may be even less time than expected. It has changed things; it has changed the atmosphere, the feeling. There is an offer from China, which now appears more attractive than it would have been. No player wants to hang around unwanted, a source of tension or conflict, a divide that could be so damaging, still less a player like Torres whose legacy will last, someone for whom the long goodbye matters so deeply. It would be sad for it to be anything other than perfect. It is only four months, anyway, and there could be a trophy at the end of them, a natural close, but it is harder now for those months to be the way he, or anyone else, wanted them.

On Thursday night, the first match since that “No,” Atletico fans cheered Torres; they cheered Simeone too. Luis Aragones apart, there may be no one else in their entire history as significant as these two men. “Fernando and I love the club,” Simeone said. Supporters love them too; this risks tearing something. And that needs to be prevented. The end is coming, but it must be done right. Next Wednesday, Atletico face Leganes, the team against whom Torres made his debut for the club 17 years ago.