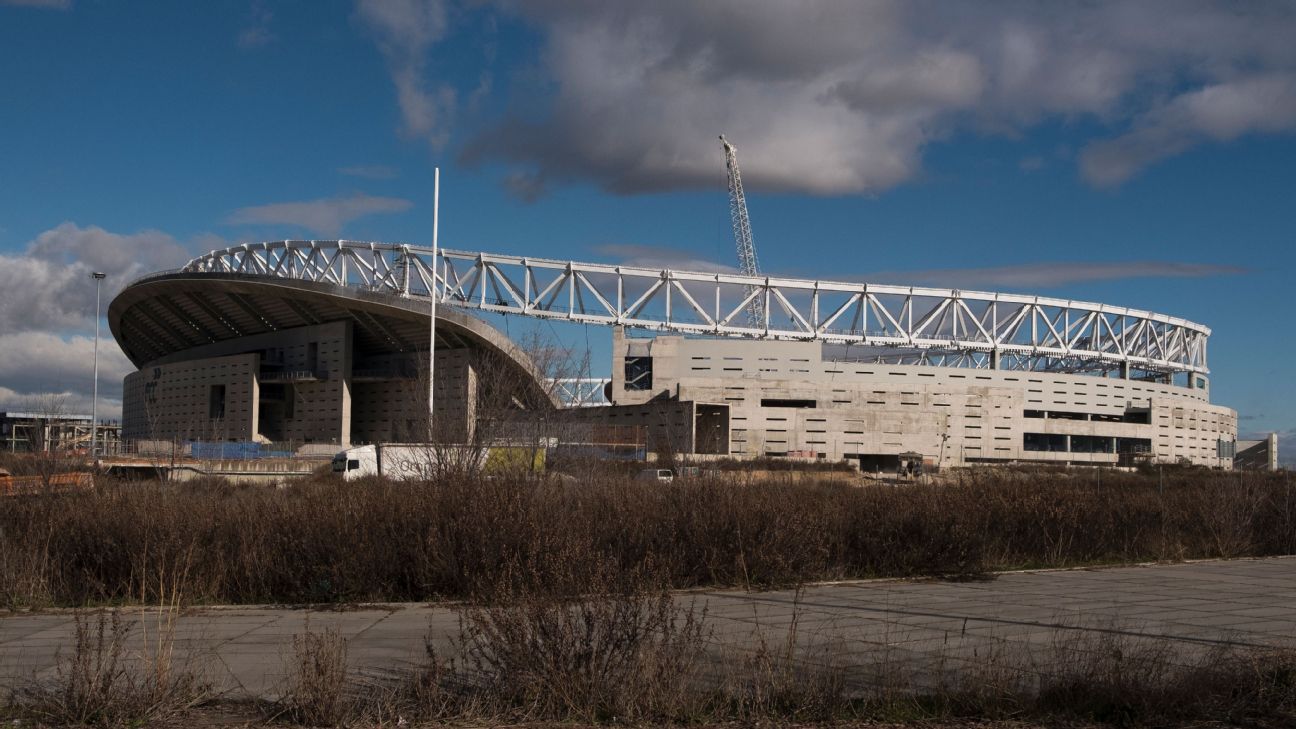 
Atletico Madrid president Enrique Cerezo has said he would have fired the worker who posted “stupid” video footage of rainwater flowing through the roof of the club’s unfinished Wanda Metropolitano stadium.

La Liga gave Atletico permission to play their first three games of the season away from home as work on their new home is finished.

With the first game at the club’s new €200 million home coming against Malaga on Sept. 16, video appeared on social media showing water flowing through the roof as a storm hit Madrid last weekend.

Atletico stressed that it was not a problem because the work had not been completed.

And Cerezo told El Larguero: “The smart guy who made the video of the stadium, which is still being finished, should be told: ‘If I was in your company I’d sack you, not for doing this but for being a fool.’

“Someone who is working there and finds that funny… at least make a good video, not such an amateur and stupid one.

“The La Liga game against Malaga will be the first official game at the Estadio Wanda Metropolitano.”

Cerezo said concerns that transport delays could hit fans coming to the first few games at the new ground, including a Champions League clash against Chelsea, had been overplayed.

“There is all this talk about transport links and everything but there is a big metro station right at the door,” he added.

“When all the [road] connections are finished in a few months, it will be a very well linked stadium, the best connected in Europe.”

Cerezo said all 56,000 season tickets in the 69,000-seat ground had been sold, adding that he hoped the venue would host the 2019 Champions League final.

“It is going to be a great stadium and, as it is the latest one, it will be the best,” he said.

“The season ticket list is now closed, and there are 5,000 on the waiting list. It is a very complete stadium, a very modern stadium, with great views of the pitch from every seat.

“We have asked for next season’s Champions League final — it is between Baku and Madrid, and we are waiting for the definitive answer in December.”

Cerezo was also asked about Atletico target Diego Costa, who remains in Brazil as he waits for his Chelsea future to be resolved.

“We cannot register anyone until next January, and Diego Costa is a Chelsea player at the moment,” he said.

“He is one of the best centre-forwards in Europe. It is a difficult issue, and we are taking things calmly and waiting to see how it turns out.

“He will know very well what he has to do. I am always optimistic.”