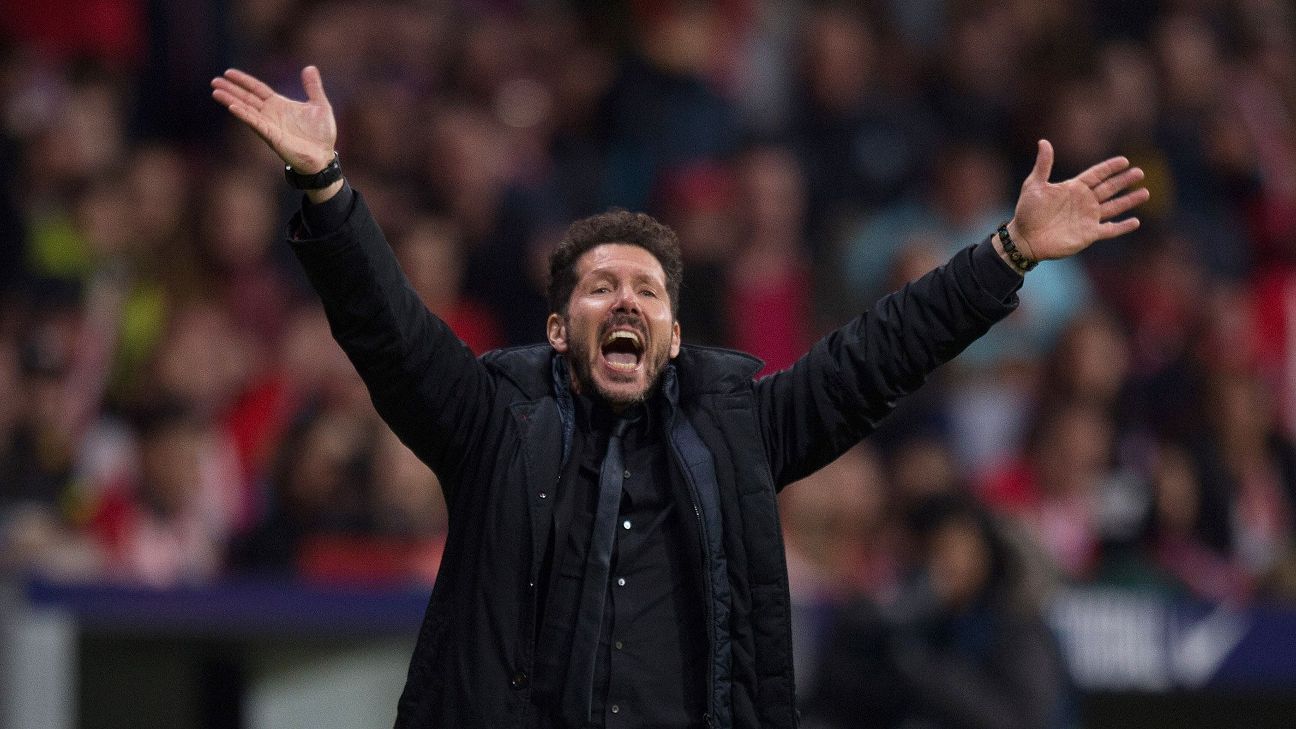 
Atletico Madrid coach Diego Simeone says his team will keep on fighting in the La Liga title race despite Barcelona’s Lionel Messi having again made a “decisive” contribution on Saturday.

Atletico’s 1-0 win at home to Deportivo La Coruna on Sunday saw them move to within nine points of leaders Barca, who, with eight games still to play, are still unbeaten in the league this season.

That unbeaten record looked in trouble when Barcelona were 2-0 down at Sevilla on Saturday evening, but Messi, not yet fit after a hamstring injury, came on and inspired a comeback he finished himself with a 25-yard equaliser in the 89th minute.

Simeone, speaking at a postgame news conference, said Atletico’s aim is to get the 12 points they needed to beat their 2016-17 total of 78.

“We have to keep working to see what happens,” Simeone said. “But we saw in Sevilla who is deciding this La Liga. We just want to improve [our points tally] from last year.”

“It’s true we win games 1-0, but that is also a virtue,” he said. “It was a difficult game, as many players had been with their national teams [last week]. We resolved it well in the first half, but did not take one of the counter-attacks we had after the break which would have settled the game.”

That led to a first senior appearance for Carlos Isaac, 19, who was replaced in the second half with midfielders Thomas Partey and then Saul Niguez moving back into defence.

“Carlos played very well,” Simeone said. “I could see he was finding it tough towards the end of the game, so I looked for people with more experience. This should give him confidence, and serve as an example to others.”