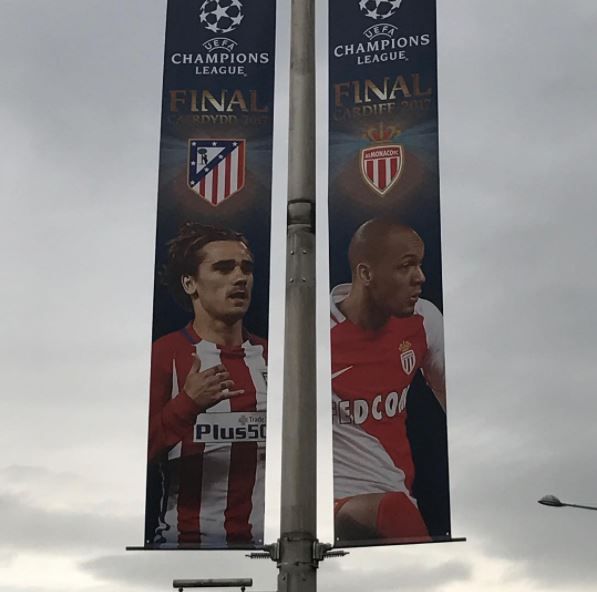 Cardiff is looking resplendent as it proudly displays its status as the host city of the Champions League final.

But as the Welsh capital prepares to welcome Cristiano Ronaldo, Gianluigi Buffon & Co. for Saturday’s showpiece between Real Madrid and Juventus, there are a couple of other faces looking over the city that stick out, somewhat.

Banners showing Atletico Madrid’s Antoine Griezmann and Monaco’s Fabinho have also been seen hoisted up in the city.

Presumably a bit of forward planning from UEFA saw them produce the signs before the two finalists were confirmed, meaning that the two beaten semifinalists are now erroneously also given equal billing as their vanquishers in the environs of the Principality Stadium.

Talk about awkward. Let’s hope Griezmann’s likeness is removed before too many Real Madrid fans have the chance to take gloating snaps of it.