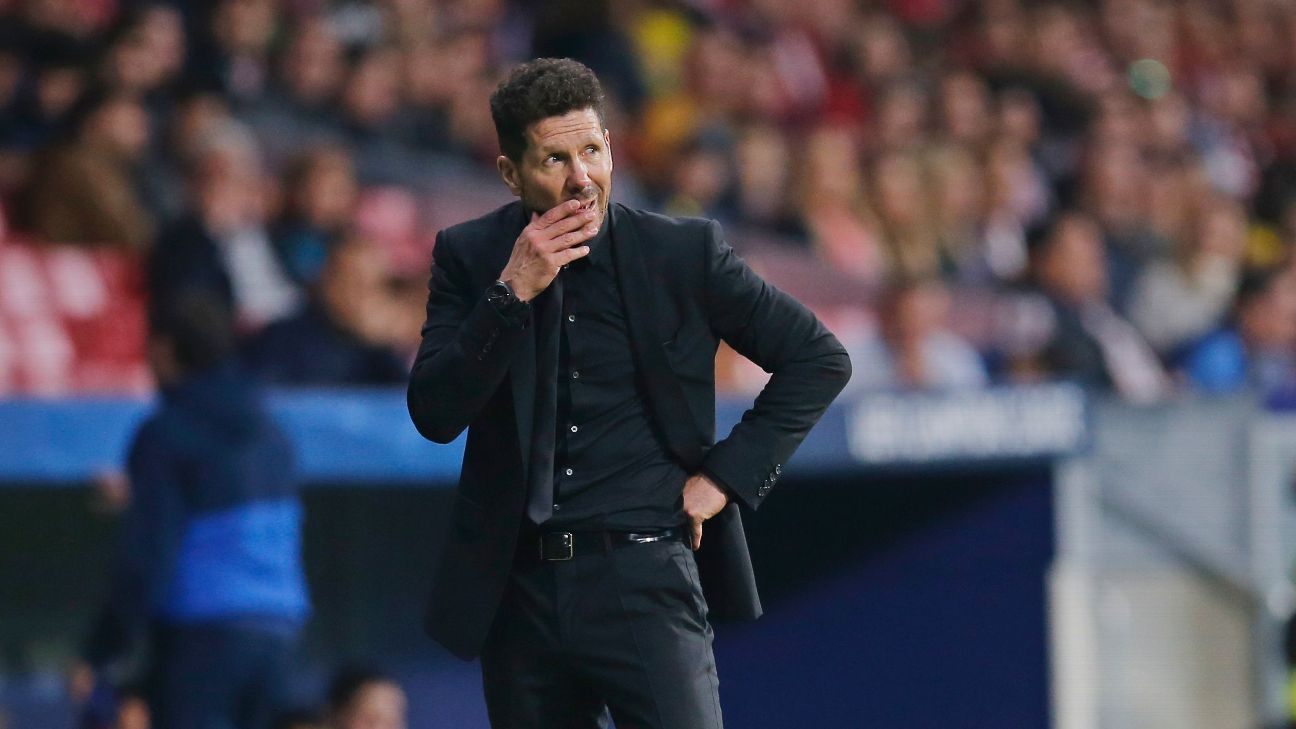 
It was a Halloween horror show for Atletico Madrid as they failed to beat 10-man Qarabag for the second game in a row, drawing 1-1 to leave their chances of qualifying for the Champions League knockout stages all but dead.

The performance was woeful from start to finish, with few — if any — players willing to take responsibility. They looked nervous in the opening exchanges, misplacing simple passes and that only got worse when they allowed Michel to ghost in unmarked to put the visitors ahead.

Thomas Partey levelled things with a stunning strike, but truth be told that was the only way Los Rojiblancos could score. There was not really a sense they would bag a second — nor would they have deserved it. A disappointing season reaches a new low.

There is absolutely nothing positive to take from this. Nada. Zilch. Zero.

Where to start? Scared players, too many hiding or taking the easy option. And the bench: that Nicolas Gaitan and Fernando Torres are the cavalry is embarrassing. Seven of the 10 goals the side have shipped this season have been headers, too. Should I continue?

1 — No excuses for Diego Simeone tonight. He insisted luck was against them but was clutching at straws. The players looked terrified from the first whistle and his substitutions are as infuriating as they are baffling.

GK Jan Oblak, 5 — Helpless for the goal. Had literally nothing else to do all night.

DF Juanfran, 3 — Saw plenty of the ball going forward but too often took the easy option in passing backwards or sideways. When he did decide to cross, it invariably hit the first defender.

DF Stefan Savic, 5 — Until his sending off in the 88th minute he was one of Atleti’s best outfield performers, which tells you all you need to know about how the side played. A crucial last-ditch block under the crossbar at 1-0 saved Los Colchoneros from further embarrassment.

DF Diego Godin, 3 — Looked to be the target from every set piece and often found space, but kept trying to control the ball and take on the opposition instead of putting his head through itl. Got a boot in the face from Pedro Henrique and was lucky to avoid serious injury.

DF Filipe Luis, 4 — Did not have a lot to do in defence but was a willing attacker. Was twice the wrong man in the right place in the second half as he missed two good chances. Finished the game doing the job of two men as the hapless Gaitan laboured in front of him.

MF Angel Correa, 6 — The only attacking player that did not look like a terrified rabbit in the headlights. Tried his best, won his battles and fought hard. Can leave with his head held high — unlike most of his teammates.

MF Thomas Partey, 4 — Was woeful in possession, however she cored a wonderful goal to give Atletico a fighting chance. That is his problem, though. He makes the easy look impossible and the impossible look easy. Having said that, the side looked worse without him — albeit that was because the man who replaced him (Gaitan) is inept.

MF Gabi, 5 — Kept a calm head as everyone else appeared to be losing theirs. Was often being given passes by teammates too scared to make a decision themselves, ready to shift the responsibility over to him.

MF Saul Niguez, 3 — Is in rotten form and his misses in the first game against Roma are looking like they are going to cost the team their place in the last 16. Saw a header cleared off the line but did nothing bar that. Had the chance to put in a cross at the death and spooned it.

FW Antoine Griezmann, 3 — Looks a million miles off the €100 million striker he was touted as in the summer. Touch and passing was almost as AWOL as his decision making.

FW Kevin Gameiro, 3 — Missed a glorious chance in either half. The one just after the break almost killed the atmosphere entirely.

Nico Gaitan (for Thomas), 2 — Brought on as Qarabag were reduced to 10 men, almost as if to even things up. Did nothing, yet had a glorious opportunity to win it at the death but shot straight at the keeper, summing up his utterly underwhelming Atleti career.

Fernando Torres (for Gameiro), 3 — Not much better than the man he replaced.