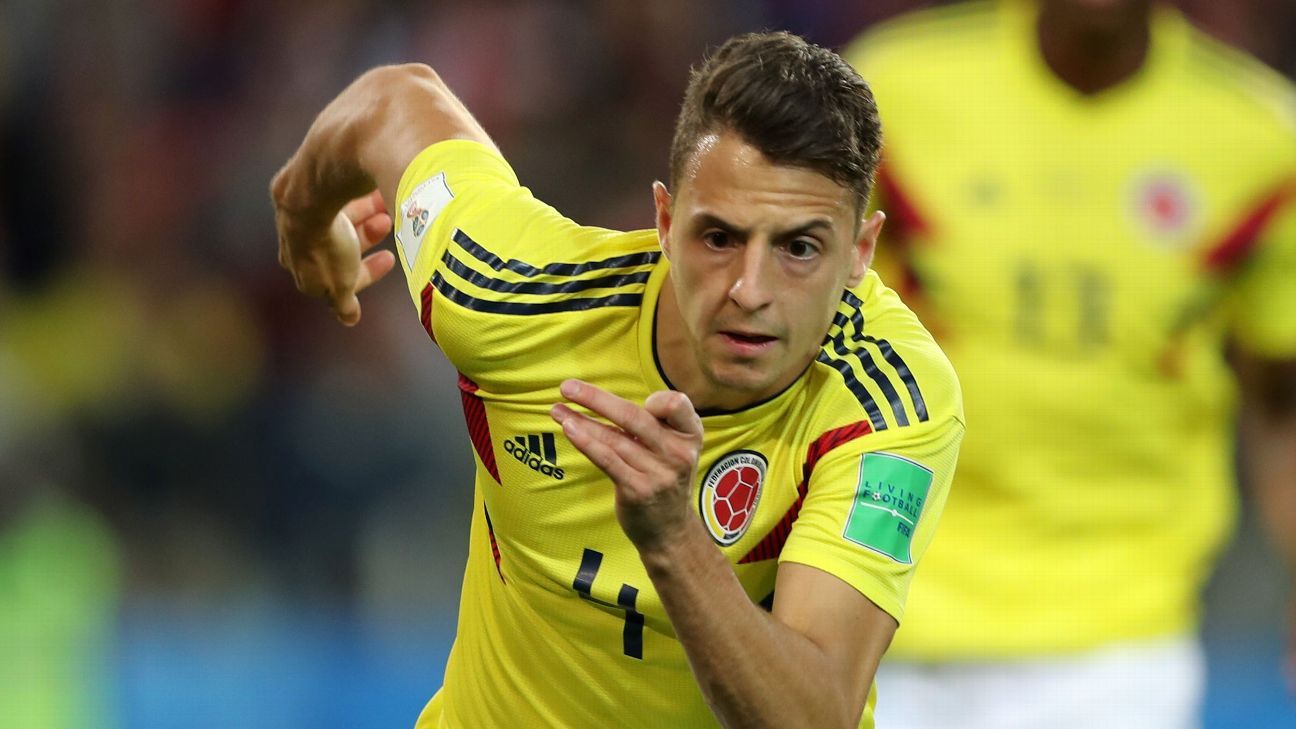 
New Atletico Madrid right-back Santiago Arias said he knows life with the club will be “like a war — you have to fight until the end.”

Arias joined Atletico this week from PSV Eindhoven for a reported €11 million fee as a replacement for Croatia international Sime Vrsaljko, who joined Inter Milan on loan with an eye toward a permanent move.

He told Atletico’s website he spoke to Colombia teammate Radamel Falcao for advice and said he is looking forward to battling for his place in the starting XI.

“Falcao told me the fans are great and always support the teams in good times and bad,” Arias said. “For a football, that’s a good thing. I have been told that here, it is like a war — you have to fight until the end.

“Many Colombians have left a mark here. I know it will not be easy, there will be competition to play. But I like that, and I want to add something and leave a mark on the team myself.”

Having faced Atletico before, Arias said he knew what the team will be capable of accomplishing.

“I am very proud to be here at this great club,” Arias said. “This is a team capable of big things. I know the team, the work of the coach, have faced them in the past with PSV in the Champions League. I know the qualities of the team. We go just game by game, thinking only about winning.”

Falcao spent two seasons at Atletico, scoring 70 goals in 91 games, then was sold to Monaco in 2013, just weeks after winning the Copa del Rey final against Real Madrid.

Other Colombian players to feature for Atletico include defender Luis Perea, who spent eight years there in the 2000s, and striker Jackson Martinez, who managed two goals during a six-month spell in 2015-16.