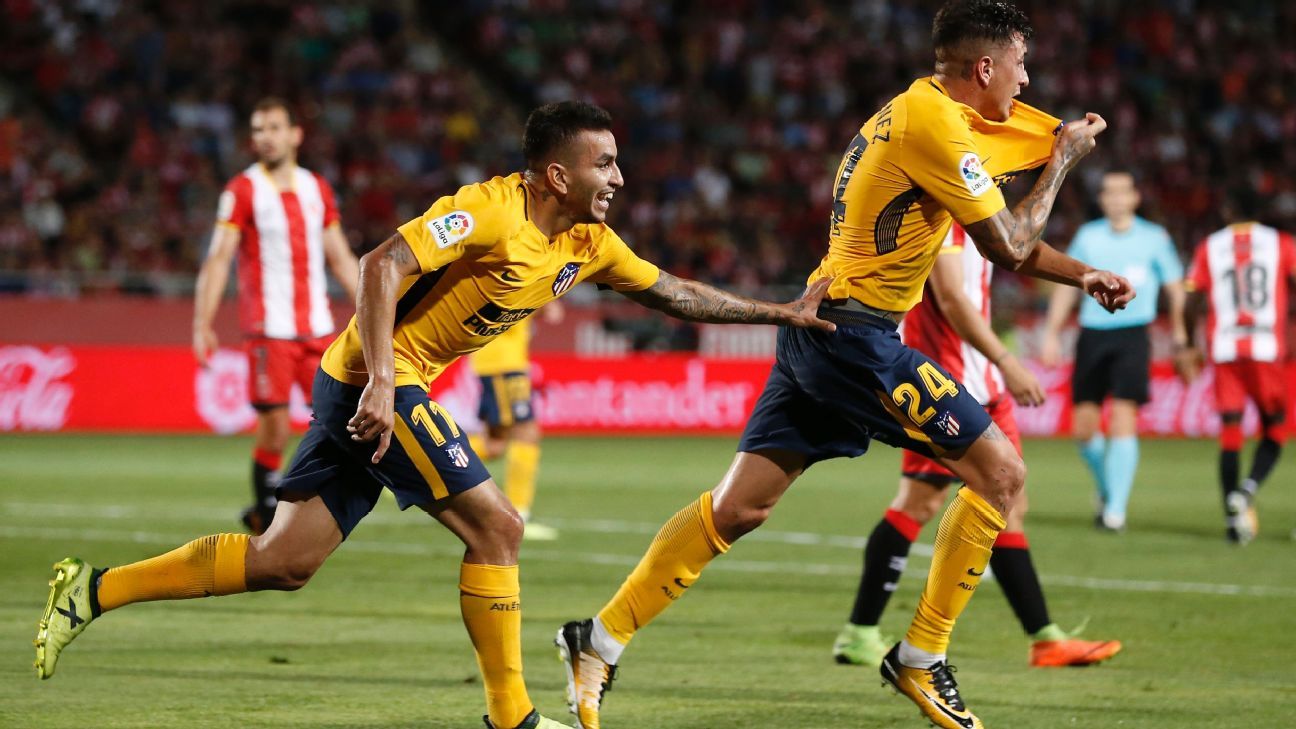 
Atletico Madrid start a new era this weekend when they host Malaga in the first ever game at the Wanda Metropolitano. The new stadium looks spectacular and Los Rojiblancos are going to be the envy of Europe when it is full to the brim and bouncing.

Atleti have been training there for the past couple of days. It is important they get used to their new surroundings as they look to get off to the perfect start at their new home, and coach Diego Simeone issued a rallying cry ahead of the match.

“The ground should be a wave of pressure. The supporters, who will be closer than they were at the Vicente Calderon, cannot even imagine how important their role will be; they will lift us so high,” said the Argentine.

“The most important thing for us are the three points. We’ve played four away games and it’s great for us to now be back home.”

Indeed, for Atleti three points are essential. Not only in terms of getting off on the right foot at their new home, but also for the fact that they have already drawn twice in La Liga this season, meaning they are four points off table-toppers Barcelona and Real Sociedad. Added to that is the Champions League stalemate against Roma on Wednesday.

More worryingly, it is now two games in a row without a goal for Los Colchoneros, who did not look like scoring against Valencia last weekend and wasted some glorious opportunities at midweek in the Italian capital. “Getting the first goal is important, it does not matter who scores,” was how Simeone reacted when asked about the honour of being the first player to net at the Wanda.

It reflects the desperate striking state the club find themselves in. After all, they had nine shots on target against Roma yet somehow contrived not to score. They are making chances — but now need to put them away. The “any goal will do” attitude is understandable.

Antoine Griezmann has had a nightmare start to the season, getting sent off away to Girona before being on the periphery at best against Roma. The Frenchman’s quality cannot be doubted but you must wonder whether his head is in the right place after a summer of rumours.

He returns from his ban tomorrow and the club need him to turn up. Their four forwards — Griezmann, Fernando Torres, Kevin Gameiro and Luciano Vietto — are in the middle of a dry spell totaling 2,015 minutes.

To be fair to Torres, he has hardly had a kick this season and he scored a double in the final game at the Calderon. Ditto for Gameiro, whose injury problems mean he has just one cameo to his name, however that still does not change the fact he has not netted since April.

The elephant in the room is Vietto. Surplus to requirements last season, he was shipped out on loan to Sevilla and it looked as if playing under Jorge Sampaoli might have reinvigorated the Argentine.

Three goals in his first couple of games and it looked as if the 23-year-old had rediscovered his magic touch — yet they were a false dawn. He is without a goal in 2017 and the last time he scored was a hat trick against semi-professional Formentera (in a 9-1 Sevilla win) in December.

If it were not for the transfer ban and, to be frank, a lack of suitors, Vietto would have gone this summer. He remained and Simeone has utilised his countryman in all four of the club’s games this season — three of which he has surprisingly started. It is fair to say the show of faith has not been repaid and Vietto looks a shadow of the player that excelled in La Liga for Villarreal a couple of seasons ago.

His dismal display against Valencia last weekend saw him hooked just after the hour, while his pitiful efforts in Rome did not even see him last that long. When he managed to latch onto an outstanding Saul Niguez through ball he never looked like he was going to beat goalkeeper Alisson one-on-one. Needless to say, he did not and was substituted seconds later.

The only bright spot in a striking sense thus far has been a couple of outstanding individual displays from Angel Correa. He single-handily dragged Atleti back into the game with Girona, while his introduction for Vietto against Roma immediately made the side look better.

Correa must be recalled at Vietto’s expense and start against Malaga, and the way the side’s strikers are finishing, you would say he is the most likely to be the man to get that inaugural goal at the new ground.