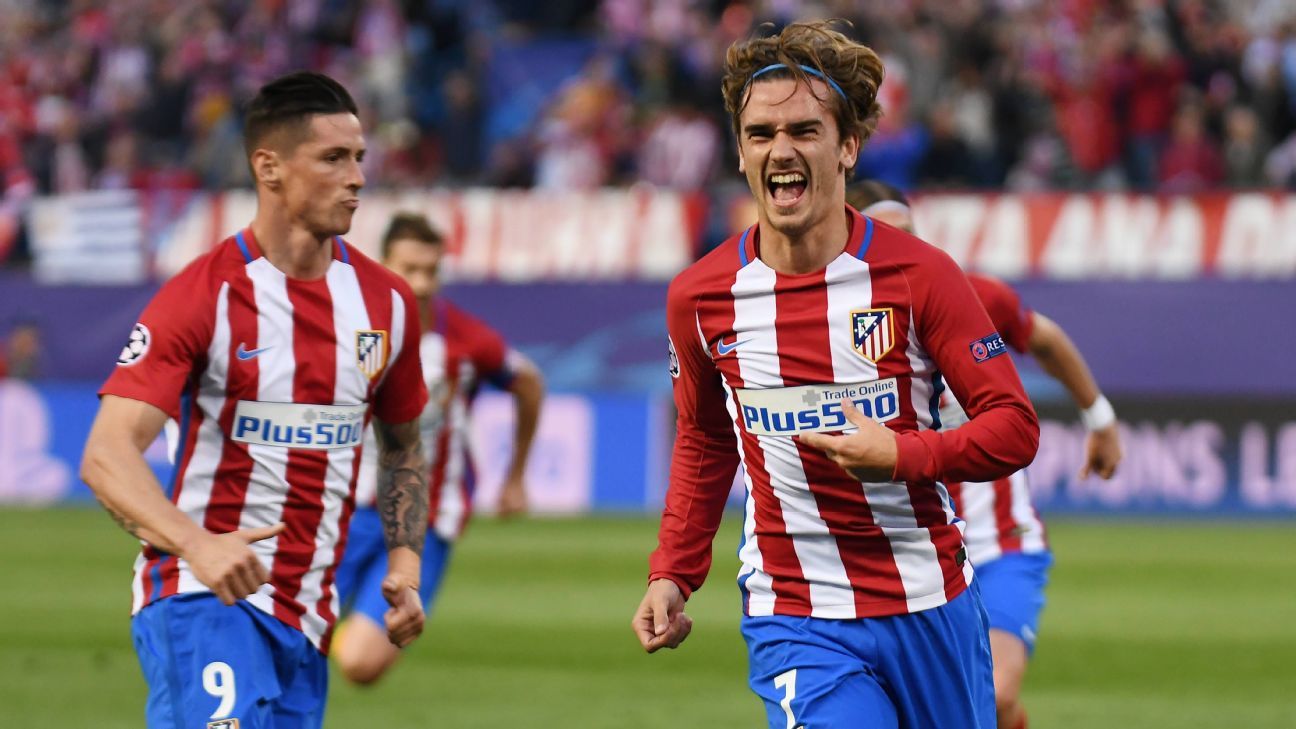 
Despite the disappointment of missing out on transfer targets Alexandre Lacazette and Sandro Ramirez because of the Court of Arbitration for Sport’s decision to uphold their ban, Atletico Madrid’s summer market is not the disaster it appeared it might be. Far from it, actually.

The giants of Europe have come calling for their star men, however, to date they have lost only Theo Hernandez. While talented, he is a player the club were keen to stress is still only 19 and had not even made his first-team debut for Atleti before perhaps getting ideas above his stations as he pushed through a move to city rivals Real Madrid.

Theo aside, the window has commenced in the best way possible: by securing their top players to new, long-term deals to ward off suitors.

Koke was the first to commit, penning a seven-year deal back in May in what was a real statement of intent from Los Rojiblancos. The 25-year-old has long been touted as a future club captain and is a key part of Diego Simeone’s plans.

Then came the culmination of the Antoine Griezmann saga. The “will-he, won’t-he” scenario ended as he penned a bumper new deal last month, upsetting suitors from across the continent. Meanwhile, Saul Niguez’s sensational Under-21 Euros saw him attract the attention of Barcelona and Manchester United. However, the 22-year-old showed his commitment to the cause, inking an almost unheard of nine-year contract last week, much to the delight of the Calderon faithful.

With Fernando Torres putting pen to paper on Wednesday night, Jan Oblak and Jose Maria Gimenez are next on the agenda in terms of fresh deals. After a busy summer, the club head into their new Wanda Metropolitano stadium in an extremely strong position, with the nucleus of their squad remaining together as they prepare to fight it out on all fronts next season.

Things get better too, with the news that they could well be joined soon by a couple of new faces.

The club cannot register new players until January 2018, however, the wheels are well and truly in motion behind the scenes in the Spanish capital to ensure no more priority targets slip through their fingers.

Vitolo and Diego Costa are being lined up by Los Colchoneros and the way the local media are talking, do not be surprised to hear deals announced sooner rather than later for both.

The former is a player that Simeone has tracked for a long time and was right at the top of his list when it comes to reinforcements this summer. The winger has cemented his place in new Spain boss Julen Lopetegui’s squad and possesses all the characteristics Simeone looks for in a player — big, strong, hard-working and with an eye for goal.

Unperturbed by the ban on signing players, Simeone has requested Atleti force through the move by any means necessary and they are ready to meet the player’s €40 million buyout clause to pry him from rivals Sevilla.

The 27-year-old’s boyhood club, Las Palmas, have confirmed that they have reached an agreement with Atletico to take the player on loan for the first half of the season,  with Vitolo set to join Atleti in January when Atleti are permitted to register players again. A perfect plan: Vitolo gets to play in a good footballing side, keep fit and return home for a while before joining what Simeone hopes will be a second half of the season assault on La Liga and the Champions League.

While Vitolo’s signing represents something of a risk given a player can always not settle or fit into the system, bringing back Diego Costa in a cut-price deal — if Atleti can pull it off — would be an incredibly smart piece of business.

The forward, who left following the 2013-14 title success, has been sorely missed on the banks of the Manzanares River and his return would be a remarkable coup for the club, especially if they can buy him back for less than the €35m they sold him for.

Simeone knows all about the 28-year-old and his all-action pressing style would be the perfect foil for Griezmann up top. Should they hit it off, maybe — just maybe — he can persuade the Frenchman to remain at the club for the long term. Likewise, if the club go all out for Simeone’s top two targets and land them this summer, the Argentine might also be willing to pen an extension to his current deal, which expires next summer.

Diario AS report that the Brazilian-born Spanish international could spend the first half of the season on loan in China, before returning for the second half of the campaign, alongside Vitolo as the business end of the campaign approaches.

In 2012, Costa — this time recovering from a knee ligament injury — was only able to play the second half of the season on loan at Rayo Vallecano, however it was this six-month period that cemented his place at Atleti the following season, scoring 10 times in 16 games to almost single-handedly save the Madrid outfit from relegation. If he comes back and has a similar impact at the Wanda, anything is possible for Atletico next season.