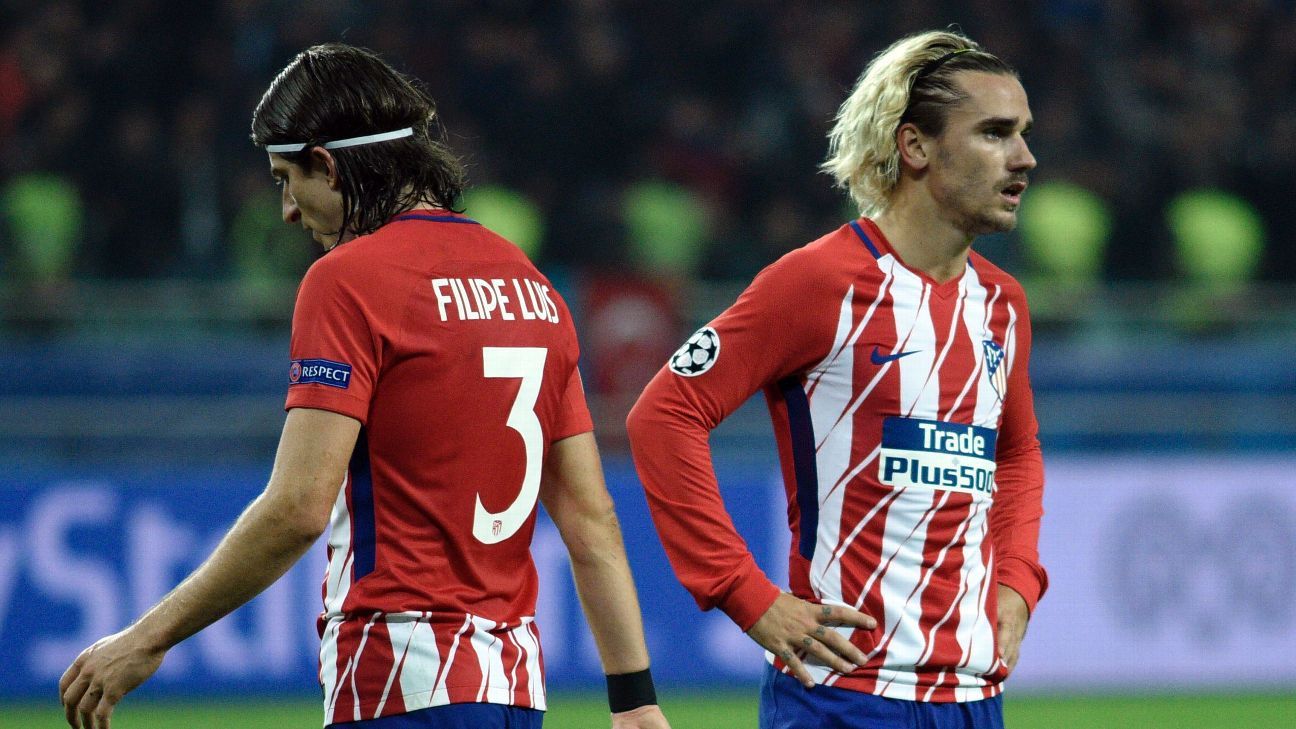 
Atletico Madrid forward Antoine Griezmann admitted that a failure to take chances was endangering their shot at making the Champions League knockout stages, after Diego Simeone’s side could only draw 0-0 at 10-man Qarabag on Wednesday.

Yannick Carrasco and Griezmann both missed clear chances during a sluggish first-half performance.

Things did not improve after the break, even when the Azerbaijan champions’ centre-forward Dino Ndlovu was shown a second yellow card for diving when the referee could easily have awarded a penalty instead.

Against 10 men for the last 20 minutes, their best chance was the header substitute Fernando Torres sent over the crossbar from four yards out, and the stalemate means the 2014 and 2016 Champions League semifinalists have just one goal and two points from their opening three group games.

“They were strong and we found it hard to a score,” Griezmann told beIN Sports. “We forwards must improve and find the solution to score more goals.

“We knew it was going to be difficult, that they would sit back. We had a few chances but we didn’t take them. We are still strong from the back, and making chances, but it is us. Forwards can go on runs like this, but we must remain confident in ourselves.”

Atletico could well need to win their last three games — Qarabag (home), Roma (home) and Chelsea (away) — to have a chance to progress.

“We will try to win them all, and then see what happens,” the France international said.

Atletico have only scored with one of their 44 shots in their first three Champions League games this season, and that came from the penalty spot.

Simeone told beIN Sports: “In this sport, taking your chances is what most counts.

“We had two or three one-on-one chances with their keeper in the first half but could not take them. In the second half, maybe the necessity to win meant we did not have enough clarity to create opportunities.

“[Qarabag] did well defensively and deserved their draw.”

However, he added: “I believe absolutely in this team and know what they are capable of. Things can change from one game to the next.”