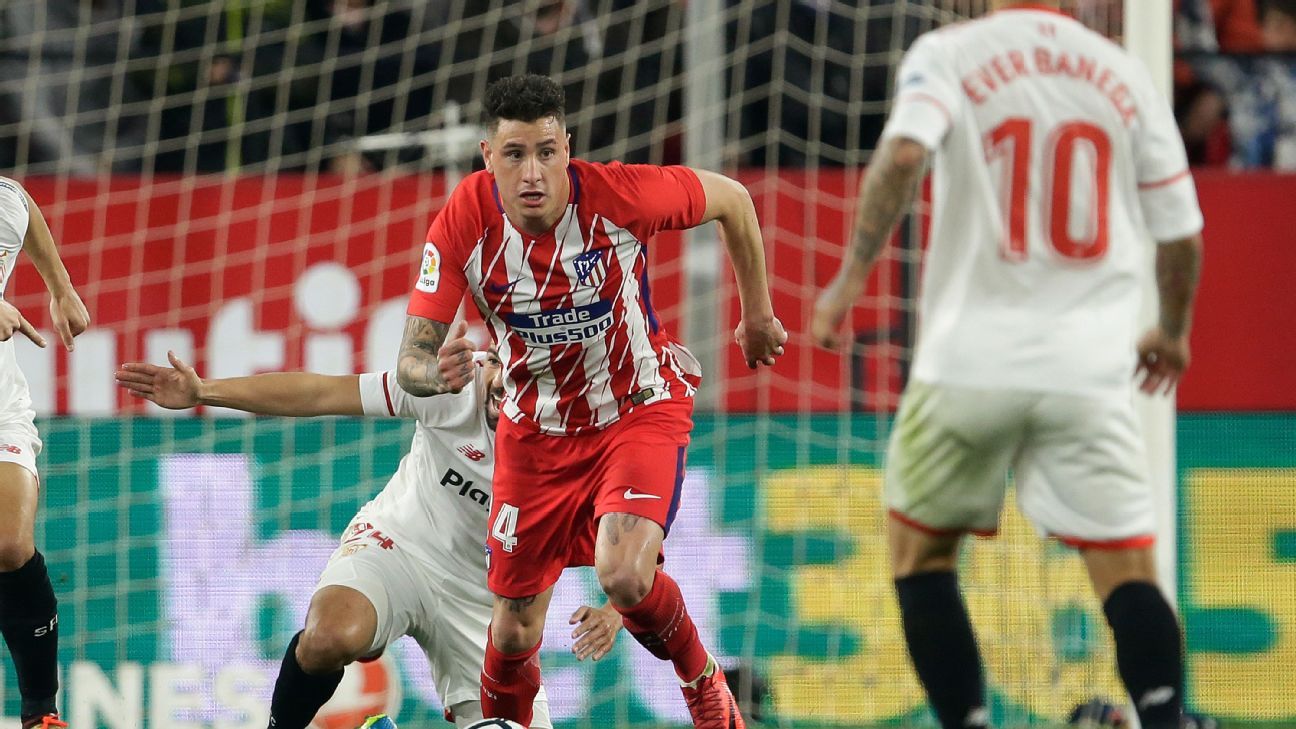 
Another day that shook Spanish football has allowed Atletico Madrid to quietly make one of their most important moves of the summer.

It brings to an end something of a “Will he? Won’t he?” saga for the club and the Uruguayan, who has been targeted by a number of top clubs across Europe, including Manchester United, for the past couple of years. His deal was due to expire at the end of this month and there would have been no shortage of suitors lining up with lucrative offers.

Crucially, it means one of Europe’s best defenders, who lest we forget is still just 23, is another who is committed to Atleti for the best years of his career — something Thomas Lemar did when he agreed to join the club on Tuesday. Alongside Diego Godin, he is a key member of La Liga’s meanest defence and penning this deal means the club’s spine now comprises of goalkeeper Jan Oblak, Godin and Gimenez at centre back, Koke and Saul Niguez in midfield with Lemar, Diego Costa and — possibly — Antoine Griezmann up top. Not bad at all.

If ever Griezmann needed another example that the club are able to match his seemingly loftier ambitions, then this is it. One top talent poached from Monaco and another signalling his intention to stay.

“Josema“, as he is known in his homeland, was a key member of last season’s Europa League winning side and this contract rewards the youngster whom the Atleti faithful have taken to their hearts for his all-action, tough-tackling displays.

Quick, dominant in the air and as strong as an ox, Gimenez has long been thought of as the future of Atletico by many close to the club. His story of getting to this point shows that for all his talent, he is not averse to some hard work and graft, either.

He moved to the Spanish capital in 2013-14, initially to provide backup to first-choice pair Godin and Joao Miranda. He did so faultlessly before enjoying a real breakthrough campaign the season after. At just 19 ,his displays saw him ease Miranda out of the side, with the club eventually deciding to sell the Brazilian in the summer of 2015, so enamoured were they with Gimenez.

He remained first-choice partner to Godin throughout 2015-16 before an erratic couple of performances towards the end of the season saw him lose his place to Stefan Savic and harshly omitted from the starting XI for the Champions League final.

It would have been easy for Gimenez to sulk and demand a move away but instead he knuckled down and re-earned the trust of Diego Simeone through hard work. He displaced the Montenegrin last season and his performance alongside Godin in the club’s incredible backs-to-the-wall display away to Arsenal, when down to 10-men for 80 minutes, will live long in the memory as one of the finest the Europa League has ever seen.

The club are determined to make a push for glory on all fronts next season, both domestically and in the Champions League and Gimenez staying is the latest proof that they are ready to walk the walk as well as talk the talk.

While there is little that can be said or done regarding Griezmann — who knows what is happening there — the club must now act swiftly and back up this new deal for the centre-back with one for the man behind him. Next on the agenda, a new contract for Oblak, please, Atleti.