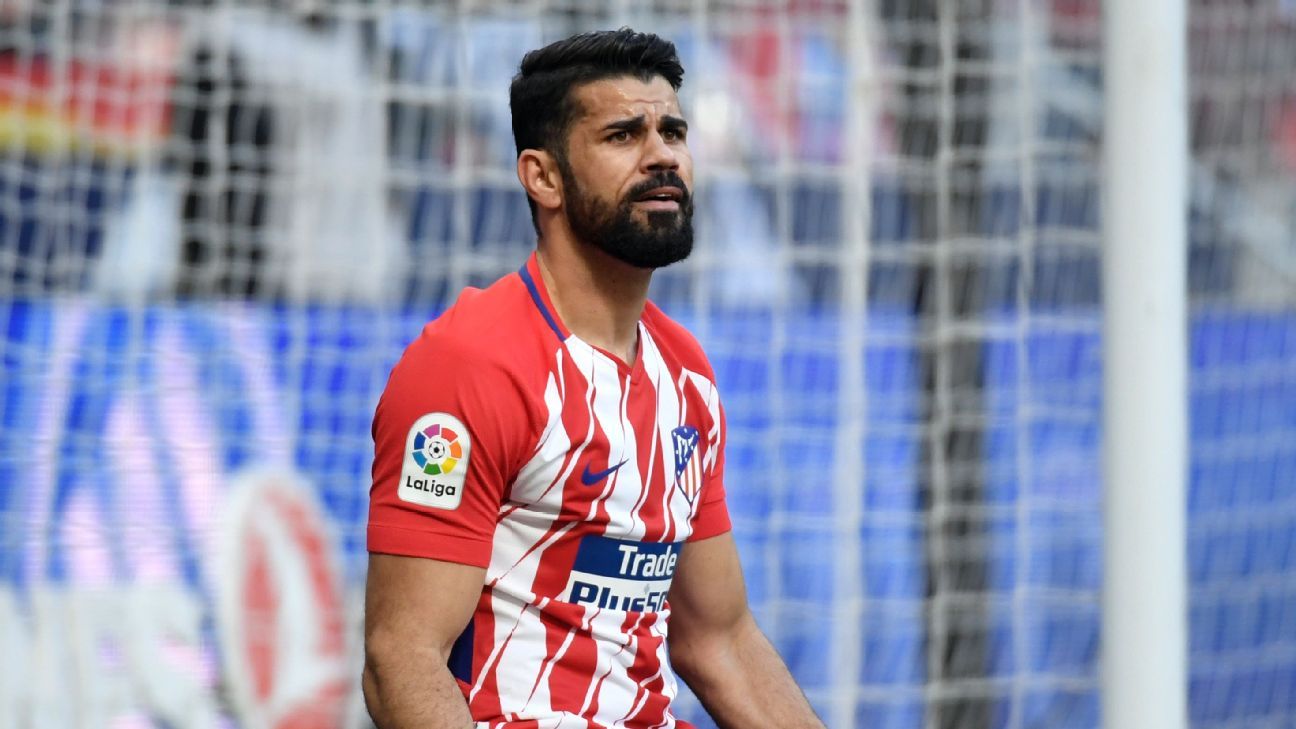 
Atletico Madrid’s Diego Costa said he feels referees are “obsessed” with him after he was booked for angrily questioning an offside call during his side’s 2-0 La Liga win over Athletic Bilbao on Sunday.

Costa was shown a yellow by referee Jose Luis Gonzalez Gonzalez just before half-time at the Wanda Metropolitano, with the game still scoreless, after making a gesture at the linesman that implied he was crazy when he had been flagged offside.

The 29-year-old had previously been angered by officials failing to signal a penalty when he appeared to be fouled by visiting defender Unai Nunez in the first half.

Speaking on beIN SPORTS after he scored the clinching goal late in the game, the Brazil-born Spain international said he felt the officials had been looking for an opportunity to take his name.

“Some people are obsessed with me. That can’t be changed,” Costa said. “I get booked for the smallest thing. Today he wanted to show me a card, and that is how it went.”

Since returning to play with Atletico in January, Costa, who left Chelsea during the summer, has already been involved in a number of controversial incidents — including receiving a second yellow card for jumping the advertising hoardings to celebrate with the crowd after he scored in a 2-0 win at home to Getafe.

During his Chelsea days, the bustling centre-forward also had numerous run-ins with authority, and told ESPN FC in 2016 that he always felt he was treated differently than other players.