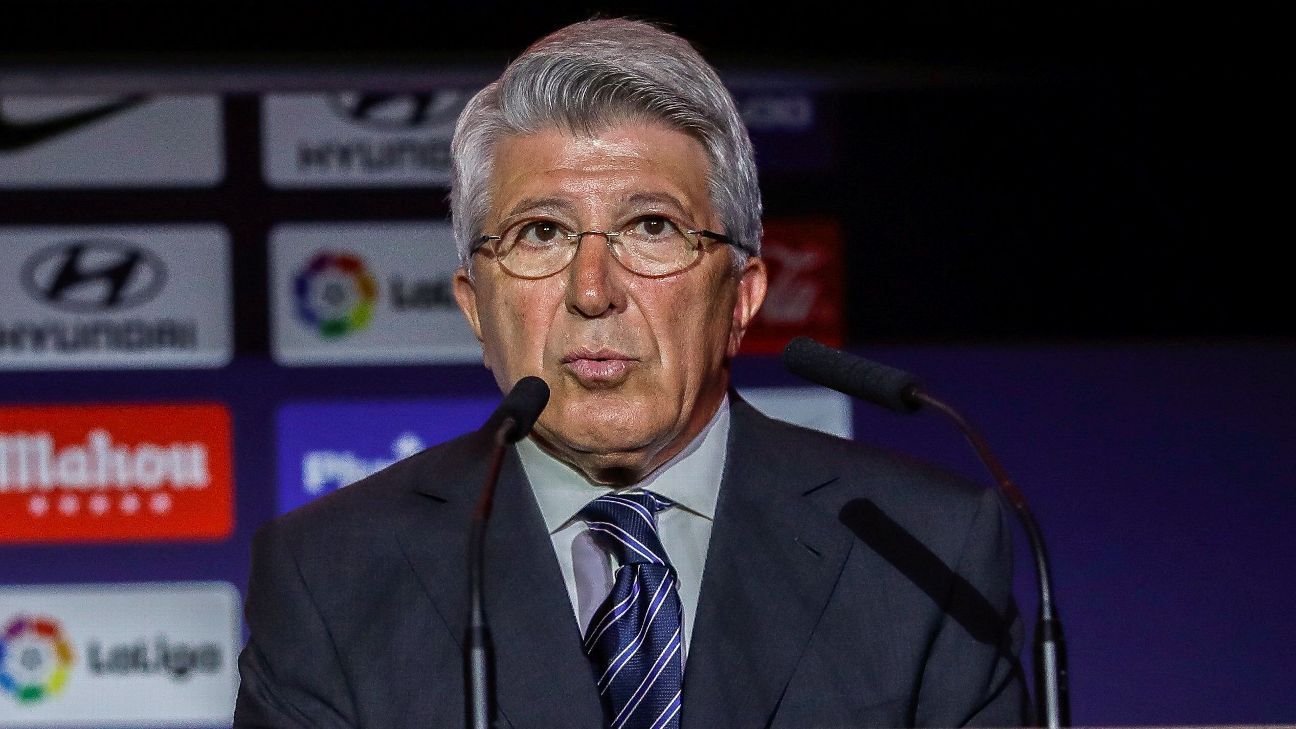 
A female reporter for a Spanish television station has downplayed a sexist remark made by Atletico Madrid president Enrique Cerezo during a news conference ahead of Atleti’s 0-0 Champions League draw with Brugge on Tuesday.

Atletico president Enrique Cerezo appeared to let slip a sexist comment on Tuesday when he told Cuatro’s Cristina Garcia Tirado that he did not wish to discuss money with a woman, after she asked if the club had enough money to offer a new contract to defender Diego Godin.

“To be sincere I don’t like to speak about money because it is uncouth, and even less so with a woman,” Cerezo said in response to Garcia’s question.

Garcia, though, played down the comment, saying Cerezo was “a great person and a gentleman” and had always been respectful to her and other women.

“It was an unfortunate moment from the president, but normally he is very respectful towards me. I think it was a lapse and he didn’t think about his answer. He has always treated me very kindly,” Garcia told Reuters.

“It’s true that sometimes he says things and makes jokes without thinking about the consequences, but he does not want to cause any harm, he always wants to make everyone smile,” she said.

Atletico did not immediately respond to a request for comment from Reuters.

Last week, French DJ Martin Solveig was widely criticised for asking Olympique Lyonnais forward Ada Hegerberg, when she came on stage to receive the inaugural Ballon d’Or award for the best player in women’s football, whether she could “twerk”.