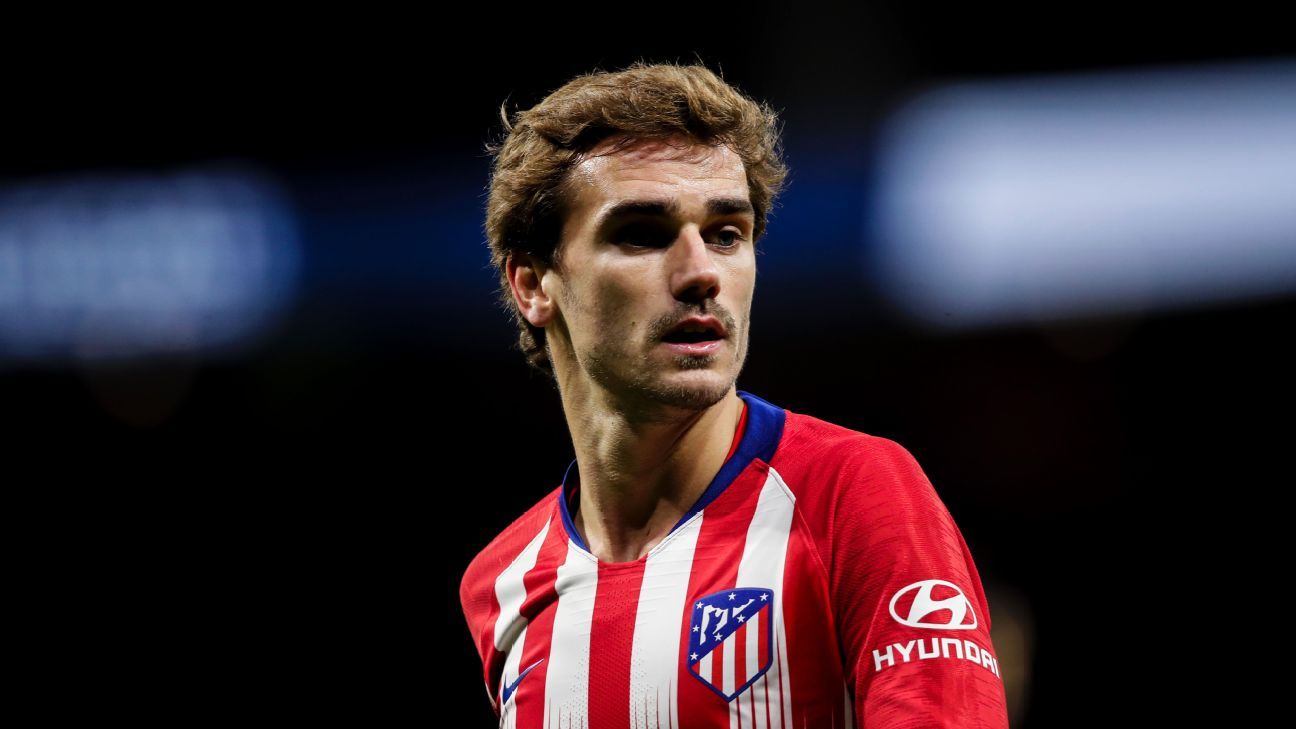 
Atletico Madrid forward Antoine Griezmann told ESPN FC he would like to follow in the footsteps of several top European players and end his career by playing in MLS.

A number of players, including David Beckham, Thierry Henry, Andrea Pirlo, Kaka and Didier Drogba, and more recently Zlatan Ibrahimovic, Wayne Rooney and Bastian Schweinsteiger, have linked up with clubs in the United States in the final years of their career.

Griezmann, 27, is under contract with Atletico through June 2022, when he will be 30, and hopes to one day travel the same path.

Griezmann has expressed an affinity for American culture in the past, including working with France international teammate Paul Pogba to have championship rings made to commemorate the World Cup victory in July.

The rings, which he also gave out after Atletico won the Europa League in May, will be made of 11-carat diamonds with blue sapphires and rubies.

“[We decided that because] I love the NBA and I like the fact they give a ring to the champions,” Griezmann said. “It is different from a mini cup or those watches they used to give. It’s something new, something I like, and that’s why I did it for the Europa League for my teammates.

“It was my first title and it was very important for me to give them that present. Thanks to them, I was able to win my first trophy, and when it came to the national team, [I wanted to do it because] everyone loves the idea.”

Griezmann also acknowledged that he borrowed another idea from the NBA — the documentary he filmed over the summer in which he decided to sign a new contract with Atletico instead of an offer from Barcelona.

Los Angeles Lakers star LeBron James did something similar in 2009 when he announced he would leave the Cleveland Cavaliers to accept a contract offer from the Miami Heat.

“[It was] not because he did it, [but because] I wanted to do it as well,” Griezmann said. “I saw what he did because I like to know how things are made, how decisions are made and how they go through that process.”

And Griezmann also used James, the four-time NBA MVP, as an example when asked about the dominance of Cristiano Ronaldo and Lionel Messi.

“Those are two players who will become legends,” Griezmann said. “They are among the best, regularly speaking, but when you come to consider a whole season, they can be surpassed.

“It could be similar to what happens in the NBA with LeBron. I think LeBron is the best player in NBA history, right alongside Michael Jordan and such. However, [Russell] Westbrook can be MVP one year, [James] Harden the next. … For me, Cristiano and Messi are both examples.”

As for his affinity for the U.S., Griezmann said it’s because its sporting culture is so different from what he has seen in Europe.

“They have a different mindset,” he said. “I love the NBA and the show business aspect of it. I also love American football, and I love [the country] because no one [recognises] me when I’m there.”