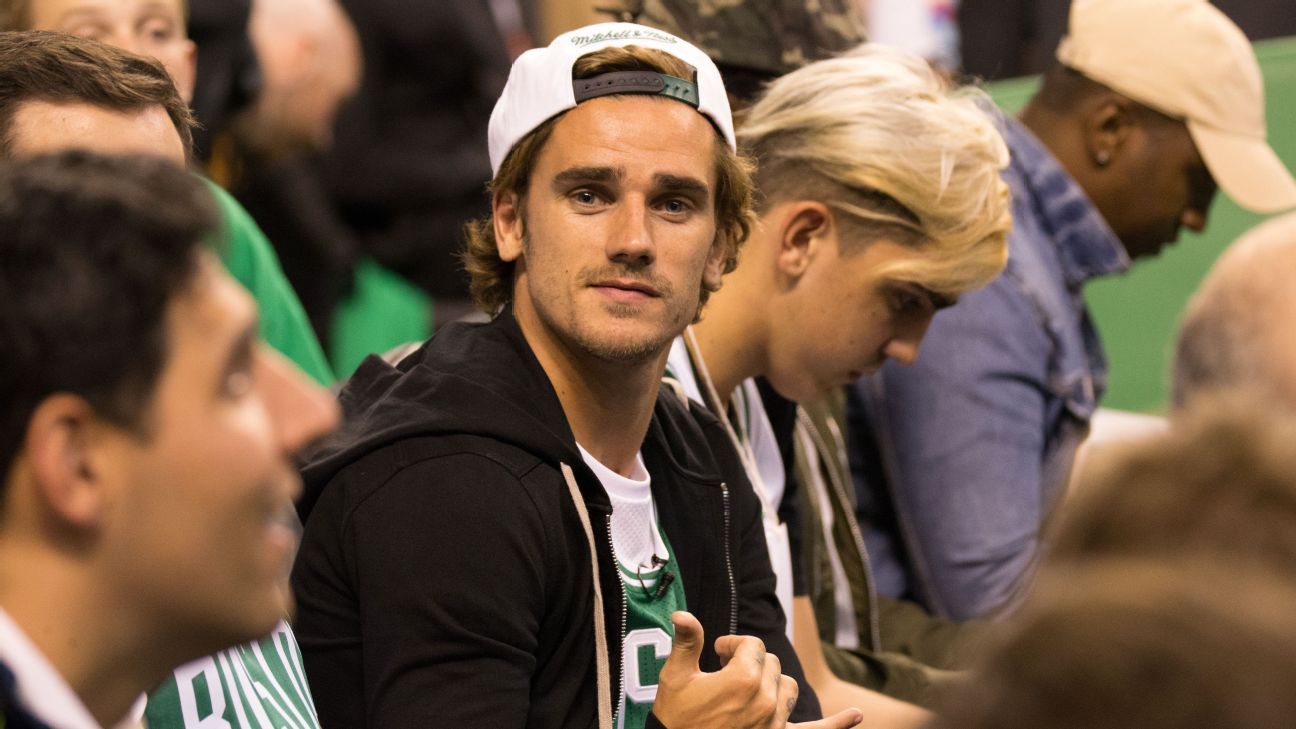 “I’d choose an NBA game, no doubt about it,” Griezmann said, smiling.

In an exclusive interview interview with ESPN FC, the France international and World Cup winner explained his passion for pro basketball and his obsession with collecting NBA jerseys.

When asked what aspects about the NBA appeals to him, Griezmann said: “I think the showmanship aspect of it.

“The show they put on during the breaks, at half-time, before [the games], the way they present the players … their trash talking.”

Griezmann said that he uses basketball to escape the pressures from playing at one of the biggest clubs in the world.

“It’s a sport that makes me forget about my own business, which is football,” Griezmann said.

Griezmann’s love for basketball is well-documented. He and fellow France star Paul Pogba were reportedly urging for NBA-style championship rings to give their teammates after lifting the World Cup in Russia this summer. Griezmann also announced his contract extension with Atletico Madrid through a video that was akin to LeBron James’ “The Decision” from 2010.

Griezmann has attended several NBA games during the football offseason and says he keeps in touch with players such Isaiah Thomas and Russell Westbrook through social media.

“I would like to visit all NBA arenas, no matter if I have to go to Memphis or Utah. I would love to visit them all,” Griezmann added.

The opportunity to sit courtside more regularly at Madison Square Garden or Staples Center could perhaps occur in the final years of his career, as Griezmann also told ESPN FC he would like play in MLS at some point.

Man United change banners at Old Trafford in bid to improve home form
Mount’s rise at Chelsea is no fluke as Tuchel sees what Lampard did with midfielder
Arsenal struggle as Bellerin, Gabriel get 4/10 but Nketiah saves the day
Bayern Munich coach Flick confirms departure at end of season
I don’t know what will happen in summer