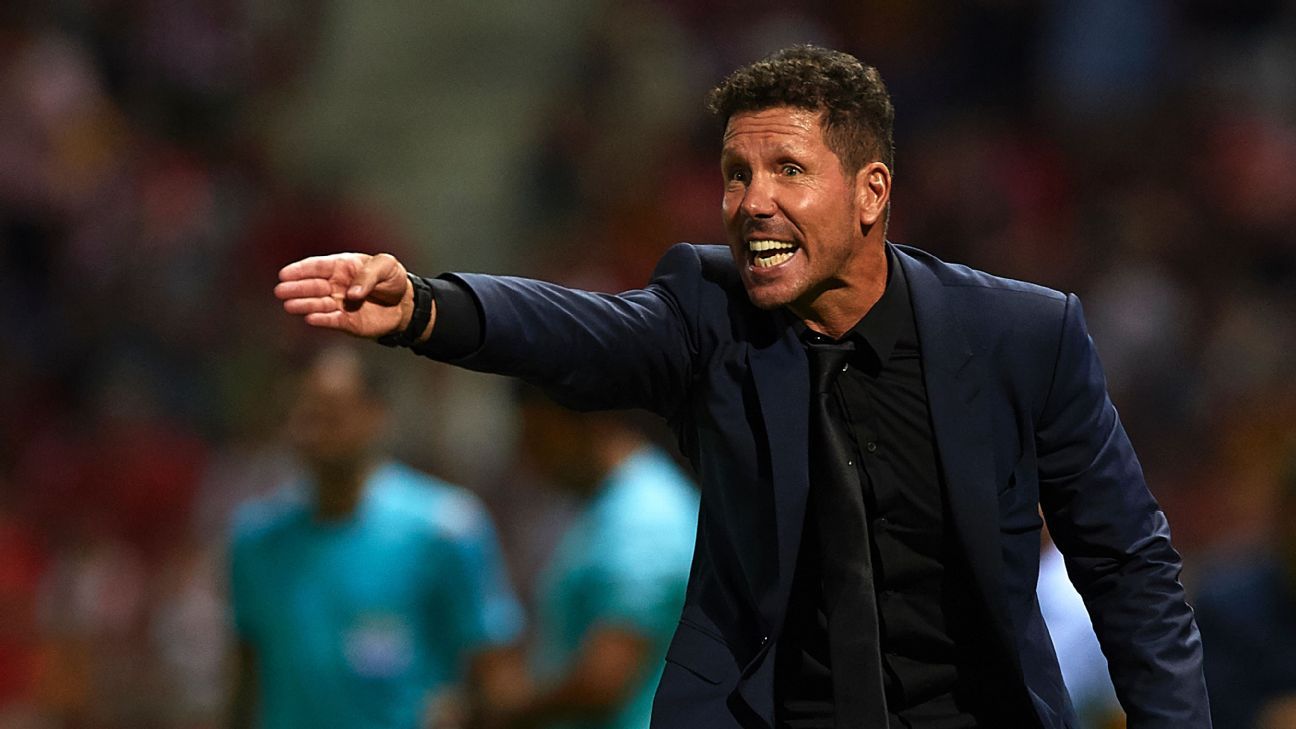 
Diego Simeone says Atletico Madrid are looking to improve as they go into Wednesday’s Champions League clash at Qarabag.

Atletico have just one point from their first two Champions League outings this season, a 0-0 draw at Roma and a 2-1 defeat at home to Chelsea, putting their place in the round of 16 in jeopardy.

Atletico have also drawn their last two La Liga games, against Leganes and Barcelona, but Simone rejected the idea that their season was already on the line.

“We are still alive in all competitions,” Simeone told a news conference. “Words count for little, actions are what count, how we understand the path of the team. The group are very well, we played a good game against Barcelona. We were ahead against Barca, who had won all their games before, until the 82nd minute. There is always a possibility for criticism, and inside we are the first to look to improve.”

Azerbaijani champions for the last four years, Qarabag have reached the Champions League group stage for the first time this season. They are currently pointless and bottom of the group after losing 6-0 at Chelsea and 2-1 at home to Roma.

“All games are different and the opponent, although they might seem weak, played a good first half against Chelsea and Roma found it tough to get the win,” Simeone said. “Everyone makes it tough for visiting teams. We want to go out and be comfortable playing our game.”

Atletico currently have a fully fit squad to choose from, with right-back Juanfran Torres and forward Luciano Vietto the players to miss out on Simone’s 19-man matchday selection.

The Spanish outfit have a close relationship with Azerbaijan, having been sponsored by the country’s tourist board a few years ago, with Simeone having given a club-organised coaching clinic in Baku in 2013, which also featured then-Atletico players Radamel Falcao, Thibaut Courtois and Diego Costa.

“I don’t know the history of Qarabag, but our relationship with Azerbaijan was good,” Simeone said. “It happened in a very good moment and I hope we get the same energy we got the last time.”