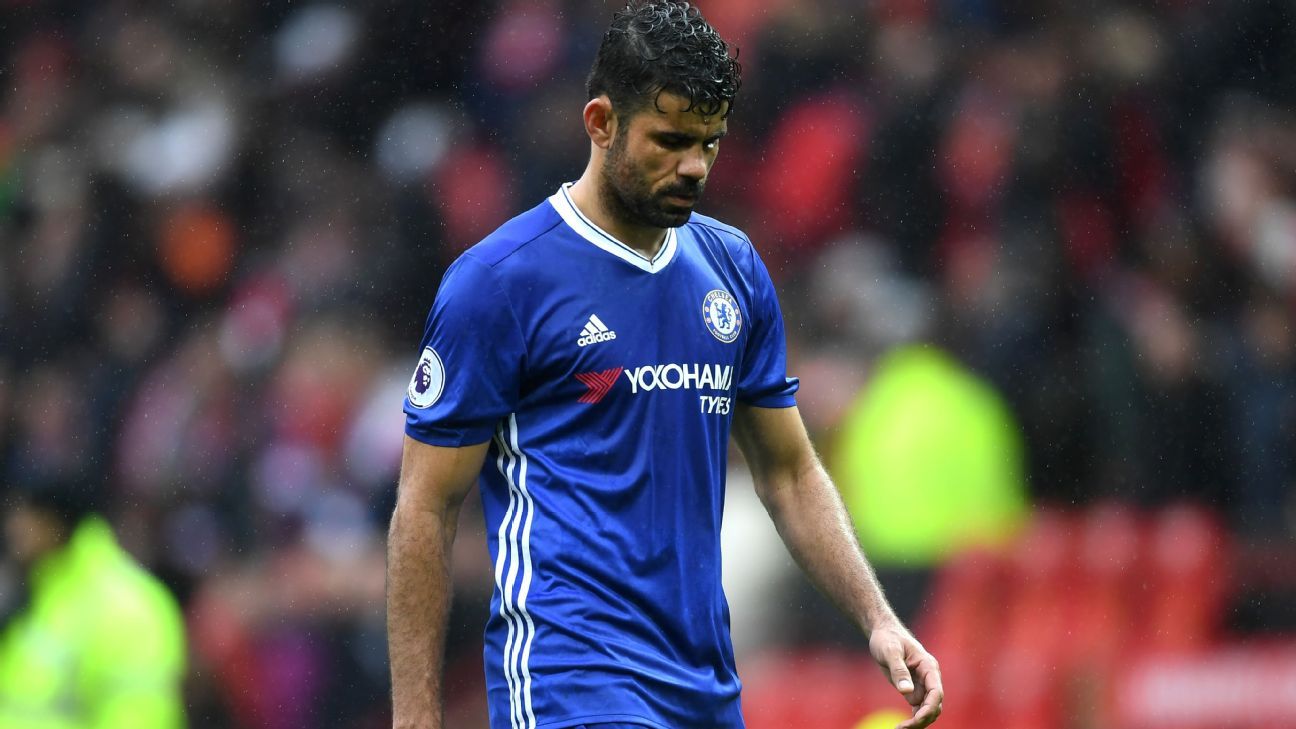 Diego Costa has been advised by Atletico Madrid to end his Chelsea exile in Brazil and return to help push through a January move back to the Spanish capital, reports the Mail.

The Spain international has refused to return to the Blues’ Cobham base this summer after being frozen out of Antonio Conte’s first-team plans.

The 28-year-old has complicated his exit by insisting on an Atletico return, which failed to be finalised before Friday’s La Liga transfer deadline.

Los Colchoneros aren’t prepared to meet the Premier League champions’ £50 million valuation, though they have offered £40 million for their former striker, with a prompt return to training now recommended to ease tension ahead of a January move.

THE MAIL ON SUNDAY SPORT: “Go back to Chelsea!” #tomorrowspaperstoday pic.twitter.com/5nym9x6hX5

Barkley to join Spurs in January

Ross Barkley will join Tottenham once the January transfer window opens, claims the Mirror, after Chelsea agreed to a £35 million fee for the Everton star on transfer deadline day.

The England international took to social media on Saturday, though, rejecting speculation that he underwent a medical with the Blues before opting to remain at Goodison.

Spurs are looking to strike a cut price deal in January, with just six months remaining on the 23-year-old’s contract.

Arturo Vidal will be at the centre of a battle between AC Milan and Inter moving forward, reports Tuttosport.

The Chilean is highly thought of in Italy after his four-year spell with Juventus.

The 30-year-old will have one year remaining on his deal at Bayern Munich next summer, which could tempt the Bundesliga champions to recoup most of their £33 million investment from 2015.

Jack Wilshere knocked back the chance to move to Birmingham on deadline day, and the Mirror claims that the Blues offered the Arsenal midfielder £90,000 per week to join them for the season.

Harry Redknapp was desperate to land the 25-year-old to boost his team’s hopes of promotion.

But the England international was unprepared to drop down a league at this stage of his career, and after Arsene Wenger included him in his Premier League squad, Wilshere will now fight for his place at the Emirates with just a year left on his current deal.

— Riyad Mahrez prematurely left the Algeria camp on deadline day in hope of clinching a move to Manchester United, reports the Star.

The Leicester man was reportedly available to clinch a late exit from the KP Stadium, but interest cooled from Europe’s biggest clubs.

The Foxes knocked back bids from Roma earlier in the summer, but they did not receive any more offers on the window’s final day.

— Philippe Coutinho has been given no assurances in the same way Luis Suarez received in 2013 that he will be granted a move to Barcelona a year after being denied a transfer, claims the Mirror.

The Reds’ owners, Fenway Sports Group, will not make any guarantees to the Brazilian, who is thought to be devastated after seeing his dream move to the Camp Nou fail to materialise. The 25-year-old will now return from international duty fully fit and ready to continue his career at Anfield.

— Although the transfer window will not open in Europe for another few months, free agents such as Bacary Sagna can still be signed.

The Mail reports that the 34-year-old will soon decide on his new club, with Torino, Sporting Lisbon and Benfica leading the race ahead of Brighton and West Ham.