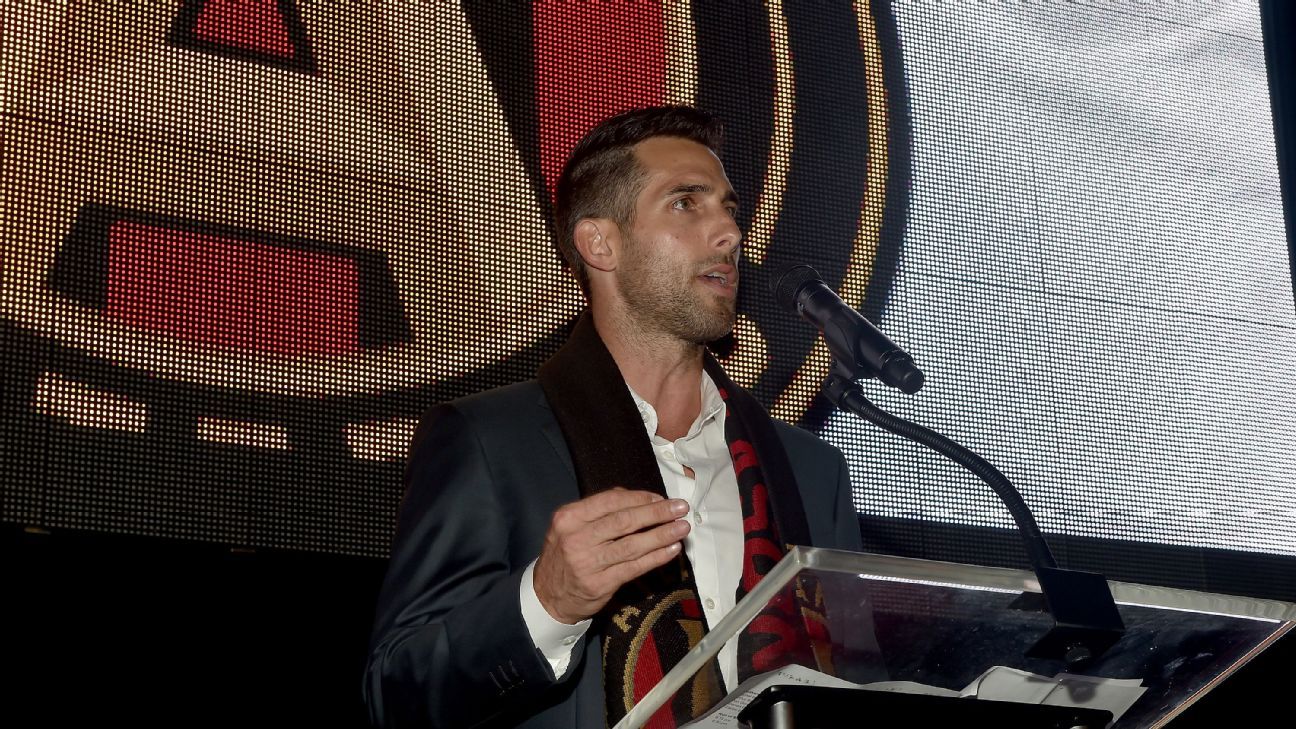 
Atlanta United have signed technical director Carlos Bocanegra to a four-year contract extension until 2022 and given him the title of vice president.

Bocanegra was rewarded on Monday for building a high-scoring squad that has already qualified for the playoffs in United’s debut season. Atlanta are the first expansion team to qualify for the playoffs since 2009 and only the second since 1998.

Bocanegra, a long-time member of the U.S. national team, retired as a player in 2014. He was hired by United the following year and assembled a team that includes Josef Martinez, Miguel Almiron and Tito Villalba, who have combined to score 40 goals — more than four MLS teams.

“We are delighted to announce Carlos to a long-term contract extension,” Atlanta United president Darren Eales said in a statement.

“Continuity and stability are critical in building and sustaining a successful organisation. Carlos’ proven leadership and expertise have been instrumental in building our club’s foundation.

“He has built an elite-level, highly competitive roster from scratch and has forged seamless relationships with our players, [coach] Tata Martino and [director] Paul McDonough.

“He has also been instrumental in building a top-class academy which currently has five players representing their countries in the Under-17 World Cup.

“I’m proud of the work Carlos and the technical team have done to contribute to our record-breaking inaugural season, and look forward to working with him to further build on the club’s success.”