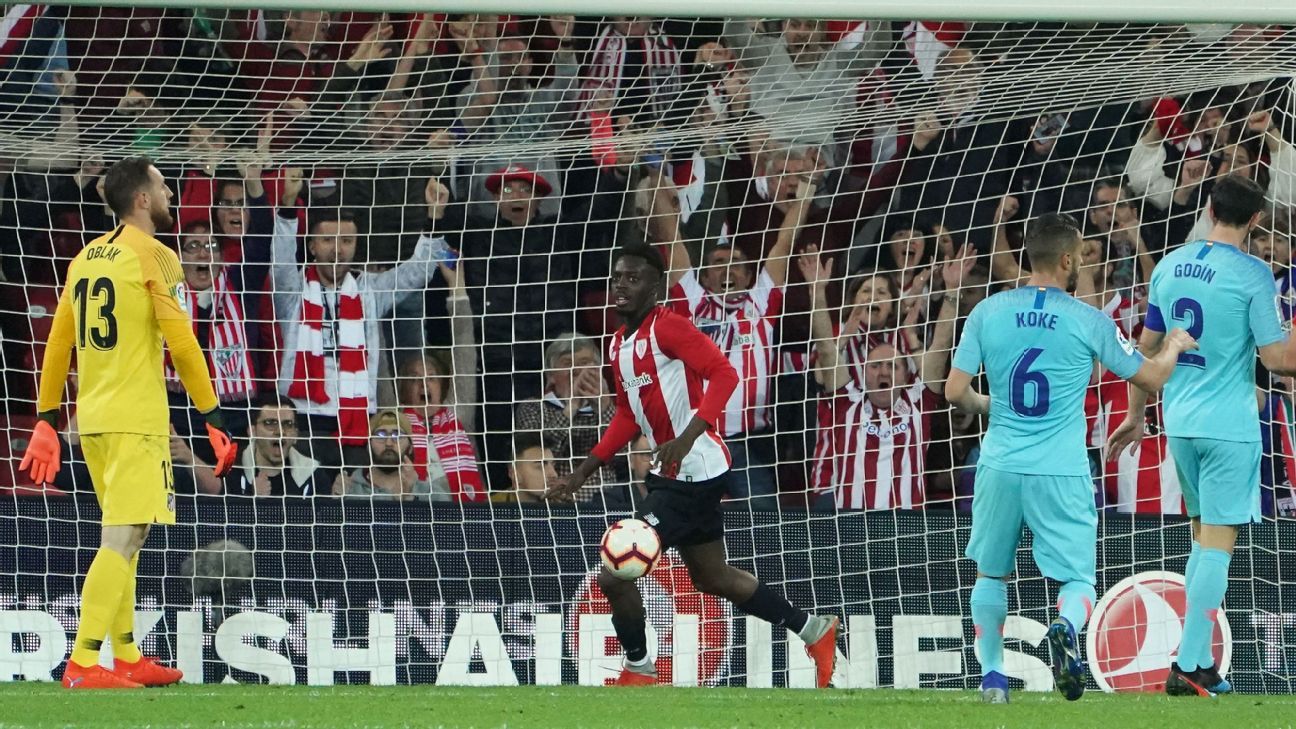 Atletico Madrid’s faint La Liga title hopes suffered a setback with a 2-0 defeat at Athletic Bilbao on Saturday which could leave them 10 points behind leaders Barcelona by the end of the weekend.

The loss was the first for Atleti against Bilbao since January of 2013, ending an 11-game unbeaten run against them.

Bilbao forward Inaki Williams put the home side in front in the 73rd minute, guiding the ball into an empty net after Atletico’s Jose Gimenez had given the ball away in his own half.

Kenan Kodro sealed the win for Athletic five minutes from time with a shot which took a huge deflection off Gimenez, piling more pain on Atletico four days after they were knocked out of the Champions League by Juventus.

Atletico are second in the standings on 56 points while Barca have 63 and can increase their advantage at the top when they visit Real Betis on Sunday, but manager Diego Simeone would not rule out a late title push.

“After the bad performance we gave in Turin we struggled to get going and we couldn’t create chances,” Simeone said. “The second half was different, we showed we wanted to win but they were clinical with the chances they created.

“We are used to fighting on and competing but this is a moment for us to sit back, observe and try to grow.

“We are in a privileged position in the league after seven good months and we hope to stay that way. We’re used to fighting for trophies until the end, now we are slipping away from Barcelona, but it was not easy after what happened in Turin.”