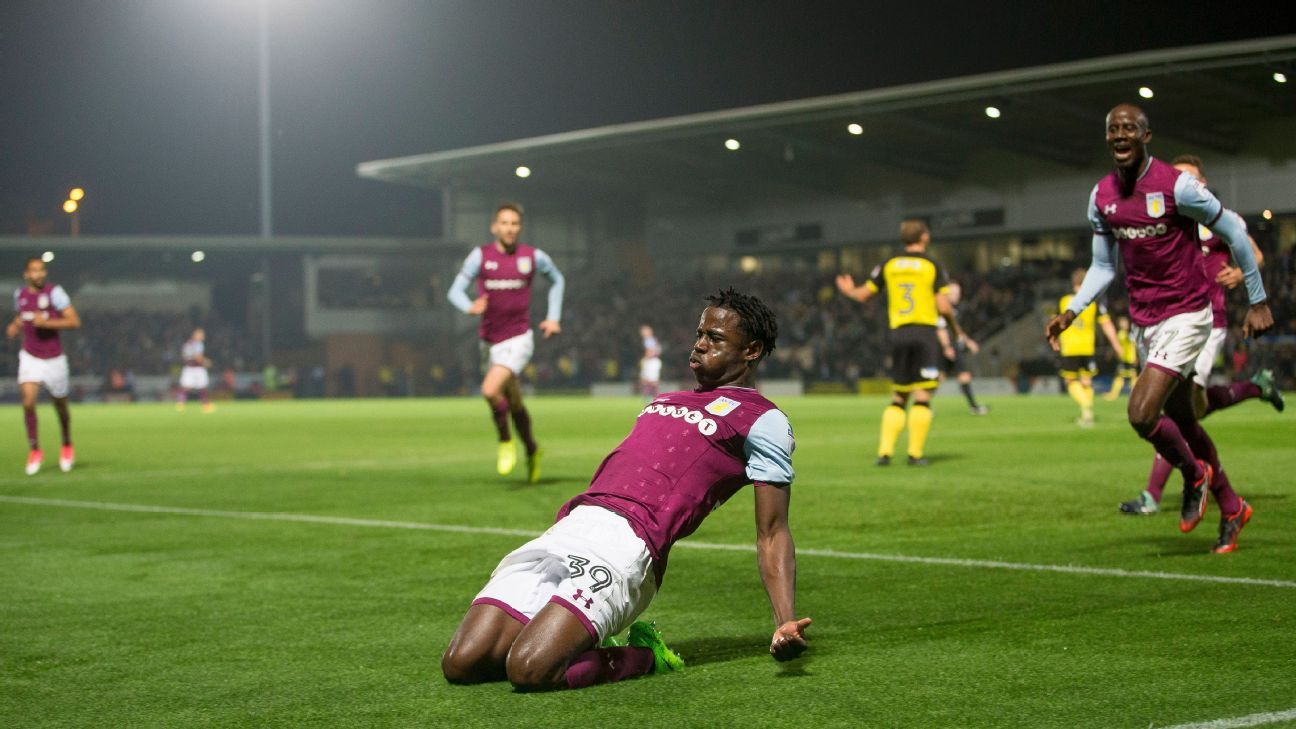 Davis, who was signed by Villa in 2015 from non-league side Biggleswade Town, has impressed in recent weeks after breaking into Steve Bruce’s first-team plans.

Scouts from United, Arsenal and Everton, as well as several other Premier League clubs, have been keeping tabs on the forward’s progress in recent weeks as they weigh up moves.

All three Premier League clubs are keen to bolster their youth ranks and see the England under-20 international as a player with real potential.

The 19-year-old only made his full debut in last month’s win over Norwich and has gone on to start Villa’s last seven Championship games, scoring two goals against Barnsley and Burton.

Davis is highly regarded at Villa Park and Villa would be reluctant to lose their asset in January as they look to try and win promotion back to the Premier League.