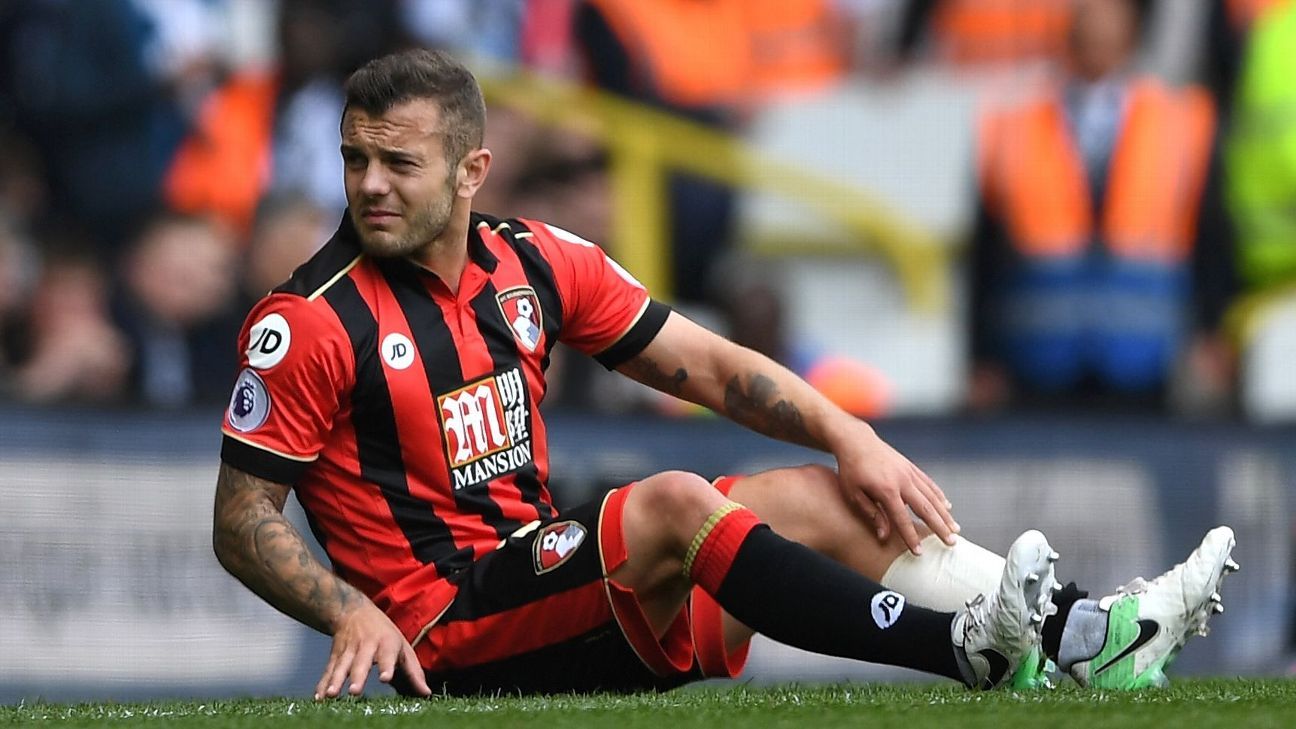 A promotion party could begin, even though Ward, Mooy and Brown are already Premier League players for Liverpool, Manchester City and Chelsea respectively, and only on loan to David Wagner’s promoted team.

Elsewhere in the Championship, Bristol City stayed up after 23 goals from 19-year-old Chelsea loanee Tammy Abraham. The Premier League champions’ prolific loaning of players has continued this season, and far beyond the Championship, though they are not alone in farming out talent.

ESPN FC examines how those on loan from the Premier League’s top six performed:

In total, 44 players were being managed this season by the club’s busy loan department, which is headed up by former Stamford Bridge defender Paulo Ferreira. Christian Atsu played well in the Championship for Newcastle and may soon join them permanently, while Juan Cuadrado’s loan at Champions League finalists Juventus has already been made permanent.

Beyond Brown and Abraham — who has been linked with joining Newcastle on another loan deal this summer — the most obvious success among Chelsea’s youngsters was forward Bertrand Traore at Ajax, a key figure in the Dutch club’s run to the Europa League final, where they lost to Manchester United.

“Now it is time for myself,” Traore said when asked about a Chelsea return.

Also in the Netherlands, at Chelsea associate club Vitesse Arnhem, midfielder Lewis Baker and Brazilian forward Nathan did well, while American Matt Miazga initially struggled for a first-team place but was part of a KNVB Cup triumph.

Mario Pasalic, the 22-year-old Croatian midfielder, performed highly enough at AC Milan for a permanent move to be mooted, but no deal has been yet completed. Nathan Ake was called back from Bournemouth as cover in January, but became little more than a fringe player and now seems set to be sold on.

Most of Chelsea’s glut of loanees will be sent out again, but defender Andreas Christiansen, 21, who excelled in two seasons at Borussia Monchengladbach, seems likely to be given the chance to impress Antonio Conte in preseason.

Most likely to have a future at his parent club: Christiansen

Mauricio Pochettino is not much of a fan of the loan system and prefers to keep the best young talent at the club so that they can learn from him, rather than other coaches.

Nabil Bentaleb, still just 22, was the highest-profile temporary departure from Spurs, to Schalke, and has since joined the German club on a permanent deal. The rest of Tottenham’s 12 loanees, aside from Clinton N’Jie at Marseille — another Pochetttino reject — and Federico Fazio at Roma, went to lower division clubs, while defensive midfielder Anton Walkes is at MLS expansion club Atlanta United.

Most likely to: N/A

Chelsea’s crown in this area of English football may soon be taken after City made no fewer than 40 loans during 2016-17. The list of senior City loanees from last season featured players deemed unfit for Pep Guardiola’s philosophy: Joe Hart at Torino, Wilfried Bony at Stoke and Samir Nasri at Sevilla.

The rest seem equally unlikely to make an impression on a first team looking likely to have £250 million-plus spent on it this summer. Mooy, brought in from sister club Melbourne City, is 26 and looks primed to be sold on, should Huddersfield or someone else be interested.

Jason Denayer was relegated with Sunderland, having played as a defensive midfielder for David Moyes, and seems likely to be sent on another loan. Even then, he might still have the best chance of becoming a City first-teamer. Chelsea’s depth of loan talent is higher.

Most likely to: Jason Denayer

With a small squad to work with and Jurgen Klopp’s preference being to play younger teams in cup competitions, Liverpool’s loan business was comparatively sparing at 14 overall, though Mamadou Sakho’s loan to Crystal Palace was eye-catching. After a fallout with Klopp, the French defender was crucial to Palace staying up. Lazar Markovic failed to perform the same function for Hull City.

Ward’s excellence for Huddersfield might give Klopp a goalkeeping quandary, especially with neither Simon Mignolet nor Loris Karius infallible. Another loan, very probably at Huddersfield, looks the likely solution.

Most likely to: Danny Ward

Of Arsenal’s 23 loans, Jack Wilshere’s move to Bournemouth was the clear headline-maker. Though he was not always a first-choice selection for Eddie Howe, Wilshere looked glad to be playing football again after so many layoffs, only to suffer another injury in April, at Tottenham of all places.

Whether Wilshere’s Bournemouth performances made Arsene Wenger consider restoring him to Arsenal’s midfield seems academic in the light of a fractured fibula, but there is talk of an extension on a contract that has just a year to run.

Elsewhere, Calum Chambers won plaudits despite Middlesbrough’s relegation. Wojciech Szczesny is linked with a move to Juventus after two good seasons at Roma.

Most likely to: Calum Chambers

Defender Guillermo Varela’s time at Eintracht Frankfurt will now always be remembered for his being sent back for going against his loan club’s wishes and getting an arm tattoo that went septic.

Of United’s nine loanees, only Andreas Pereira would seem to have the sliver of a chance to be a United first-teamer after he impressed in Granada’s doomed struggle to avoid relegation. Preseason will see Jose Mourinho run the rule over him before a decision is made

Goalkeeper Sam Johnstone is wanted permanently by Aston Villa after playing there last season. Fellow keeper Joel Pereira, recalled from Belenenses, made his first start in United’s final league match of the campaign. Adnan Januzaj was a desperate disappointment for Sunderland; United will surely look to sell him.

Most likely to: Andreas Pereira