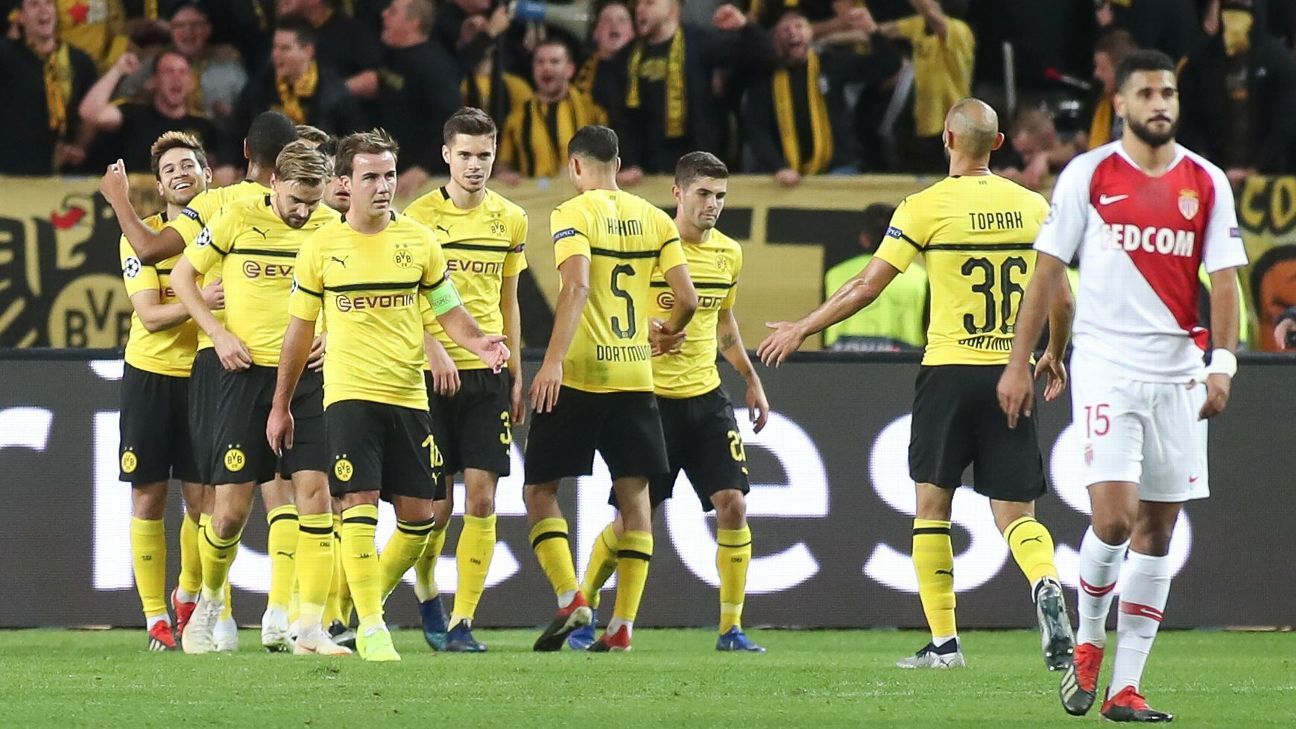 An under-strength Borussia Dortmund deepened AS Monaco’s season-long misery on Tuesday with a 2-0 away victory that ensured they finished top of Champions League Group A ahead of Atletico Madrid.

The victory took Dortmund on to 13 points and meant they won the group thanks to a better head-to-head record against the Spaniards, who drew 0-0 at Club Bruges.

Raphael Guerreiro got both goals for the Germans, the first when he tapped in following a fine counter-attack with a quarter of an hour gone and the second two minutes from time when he curled a shot into the top corner from around 10 metres out.

It was another fine performance by Dortmund, who even without several of their rested regulars extended their season’s record to 17 wins, four draws and just one defeat in all competitions.

Monaco, who were destined to finish bottom of the group even before the game, suffered their 14th European match without a win and ended the group in last place with just one point, five points behind Bruges.

Athletic Bilbao lost one Copa del Rey title already this season. Can they get redemption vs. Barcelona?
Social media reacts to Tottenham firing Jose
PSG’s Champions League job vs. Bayern Munich is only half-done. Can Mbappe & Co. finish it on Tuesday?
Guardiola always insisted Man City winning four major trophies was nearly impossible. He was right
David Beckham’s Inter Miami could be a great team. But it has to win first