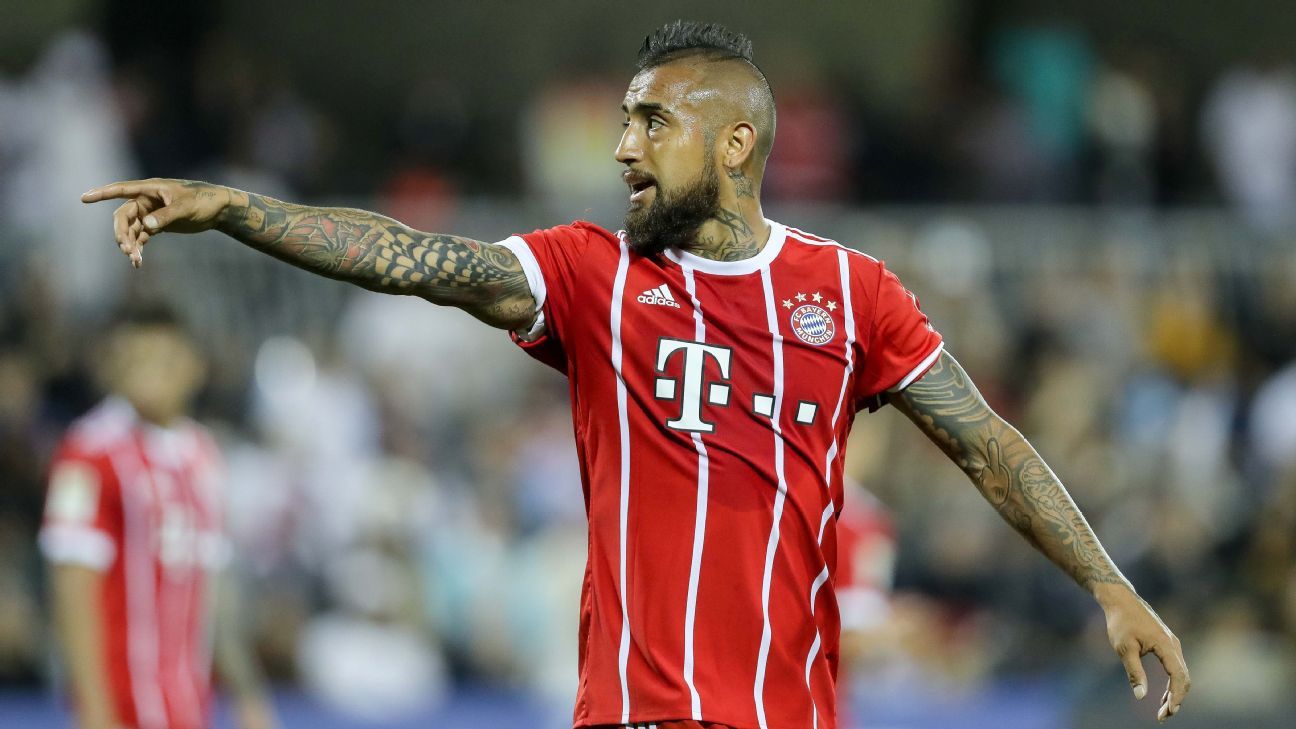 
Arturo Vidal has backed Jupp Heynckes to continue as Bayern Munich coach “for many years to come.”

Bayern appointed Heynckes, 72, as interim coach in October until the end of the season following Carlo Ancelotti’s dismissal, and Heynckes again left his future open to interpretation on Friday by saying: “I have definitely never said that I will retire in the summer.”

Vidal and Heynckes were together at Bayer Leverkusen from 2009-11 and the Chile midfielder has been revitalised under him. Vidal scored in four consecutive Bundesliga games prior to the winter break and has scored six league goals.

“It would be nice if he stayed,” Vidal told kicker. “He’s definitely capable of coaching for many years to come. But it depends on him. It’s his decision alone.

“He has won everything in Germany and in Spain. What an amazing career.

“He could be my father. He played a role in my formative years in Leverkusen when still a very young player. He knows me and knows when I am doing well or badly. He is able to talk to me in Spanish and that helps me a great deal.”

Vidal, 30, is under contract at Bayern until next year, but Germany international Leon Goretzka will join this summer from Schalke to intensify competition for places in midfield.

However, Vidal refuted kicker’s suggestion that he could find himself surplus to requirements upon Goretzka’s arrival with the likes of Thiago Alcantara, Sebastian Rudy and Corentin Tolisso already battling for a starting spot in midfield.

“I have to disagree. I don’t see things that way at all,” he said.

“At the moment, you cannot predict whether Goretzka will play or where he will play. Of course, he is a class player, otherwise he would not be joining Bayern, but we will have to wait and see how things develop.”

Recently linked with a move to Chelsea, Vidal dismissed any notion that he was ready to leave the club.

“Bayern is all I want and need,” he said. “I’m solely thinking about Bayern and it is my great dream to win the Champions League. That’s why I came here in the first place.”

“The club’s staff are doing an excellent job and know exactly who they have to buy for which position,” he said. “That’s why they don’t have to spend so much money. Other clubs have to carry out considerably more transfers because they have a lot less quality in their squads.

“Other clubs need to buy new stars in order to reach Bayern’s level in order to seriously mount a challenge in the Champions League. At Bayern, every player is already at the top level — absolutely world-class.”

Vidal also said he would like to play in Europe until he turns 36 or 37, then wants to see out his career in Chile with former club Colo-Colo before going into coaching.