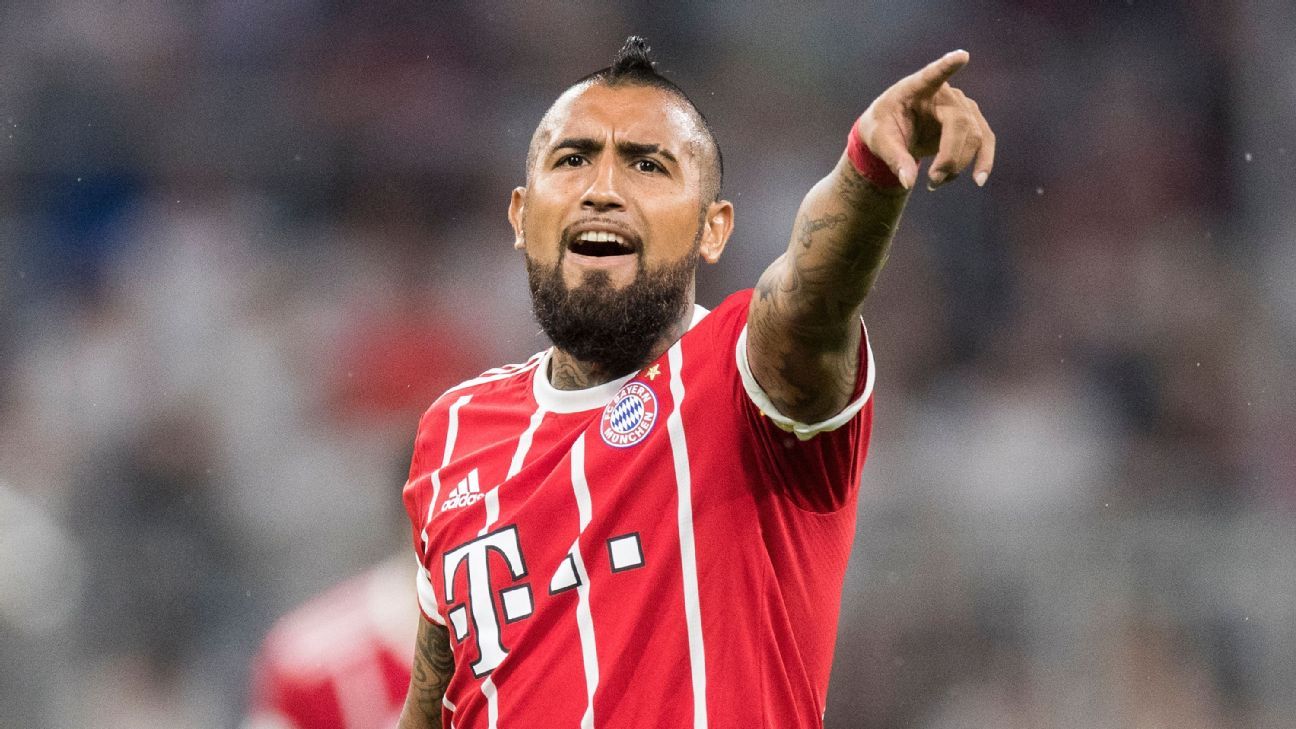 
Bayern Munich midfielder Arturo Vidal has denied being involved in an incident at a Chile casino in which police intervened, though he confirmed he was present earlier on Monday evening.

The Chile international said he attended a party with friends and family at the Hotel Monticello casino, 50 kilometres south of Santiago. It reportedly lasted until the early hours of Tuesday, when police were called by the venue’s security service.

Hours later, Vidal trained with his national team ahead of Thursday’s World Cup qualifier against Paraguay.

The 30-year-old initially denied the reports that he’d been at the casino, insisting the media “was trying to stain his image by inventing stories.”

However, a tearful Vidal later admitted he had been at the venue but maintained he didn’t break any rules. Police also confirmed they were present at the Hotel Monticello at 6:30 a.m. but Vidal was not among those involved.

“It makes me angry because one has a family. My wife called me to see what was going on but she trusts me. I’m annoyed that they get my name in something so complicated.

“I was at the casino with my friends, I had supper and then I went home early as the professional that I am. I cannot control what my friends do.”

Vidal was disappointed with the reports, claiming they were intended to get him into trouble. He said Chile coach Juan Antonio Pizzi asked him about the incident, “but he knows what I do.”

“I had no problem in telling him what had happened and to now only speak about the game and win,” Vidal said. “This is in the past now, I’m so strong mentally that I’m just focused on what is ahead.”

Police Colonel Juan Baeza said those involved in the incident were acquaintances of Vidal but said: “I want to clarify that there was no contact with Vidal and we did not see him at the venue. We don’t believe he was involved.

“We were called at 6:30 am because a group of people had made noise and disorder in one of the rooms they were staying in.

“No structural damage was caused and hence, an official report has not been made.”

Two years ago, Vidal lost his license after crashing his red Ferrari when driving back from the Monticello casino while under the influence of alcohol.

Former Juventus player Vidal is expected to start in Thursday’s game at the Estadio Municipal in Santiago.

Chile, who are fourth in CONMEBOL qualifying, travel to La Paz to face Bolivia on Sept. 5.