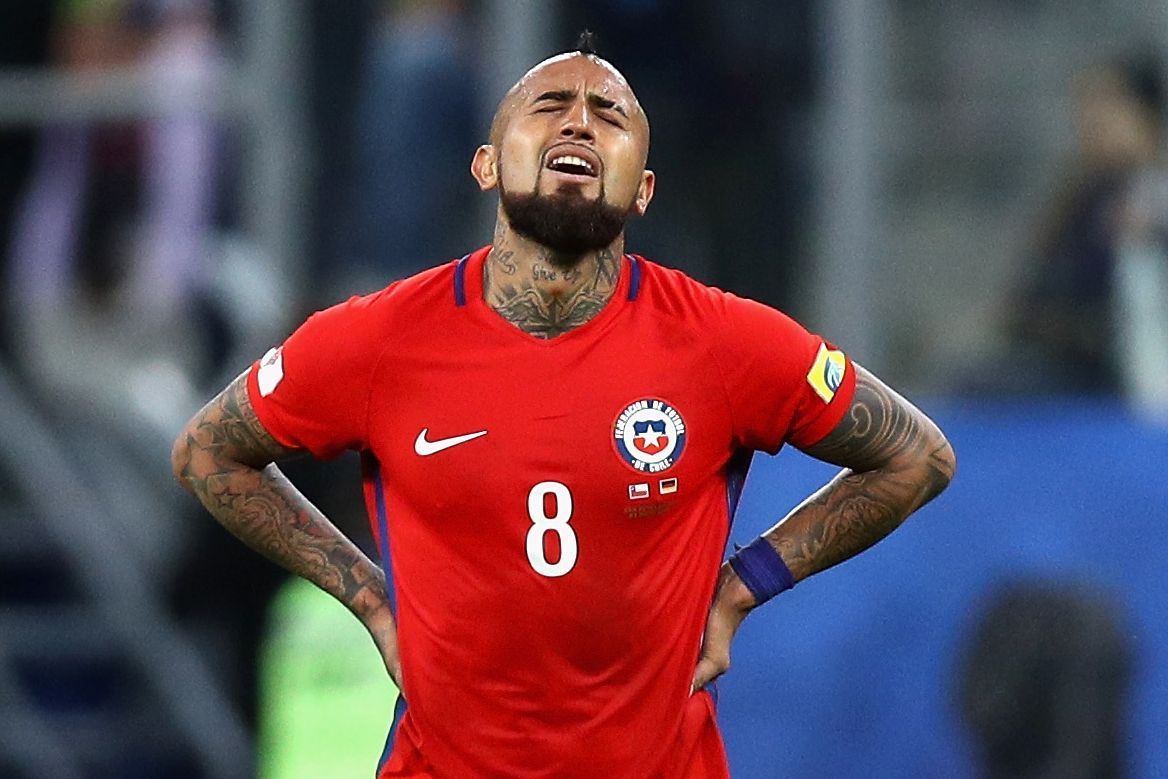 
Arturo Vidal has hinted he may considering retiring from Chile’s national team, suggesting he has been treated unfairly by the media.

Local newspapers claimed earlier this week that the Bayern Munich midfielder had been involved in an incident at a casino in Chile in which police intervened, but the claims were later denied by both the player and law enforcement officials.

Vidal said the Chilean press was “trying to stain his image” and may have hindered La Roja‘s preparations for Thursday’s surprise 3-0 loss in their World Cup qualifier at home to Paraguay.

After the game, Vidal tweeted: “Now they must be happy those tetchy [people] we have in our country!!!

“But don’t worry, each time I’m closer to leaving.”

Vidal had reason to be frustrated after Thursday’s disappointing display by the Copa America winners.

Paraguay took a 24th-minute after the 30-year-old Vidal headed Oscar Romero’s free kick into his own net.

The outcome has left Chile in fourth place, the last automatic qualifying spot heading into next week’s qualifier at Bolivia in La Paz.

Chile’s online media outlet Emol rated Vidal’s performance as a four out of 10, claiming it was “a black day for the king, who never got into the game.”

La Tercera newspaper lamented that no Chile player was up to the standard required and wrote of Vidal’s performance: “A bitter night for the player, who ended a week in the worst possible way. More than his own goal, King Arturo was never able to impose himself in midfield.”

Vidal said his team must turn the page and focus on getting the job done as he continued his attack on the media.

He told El Grafico newspaper: “We are thankful for the people’s support. We have to continue because some don’t like that this golden generation continues to achieve things but we have others that do support us and we will go to the World Cup.”