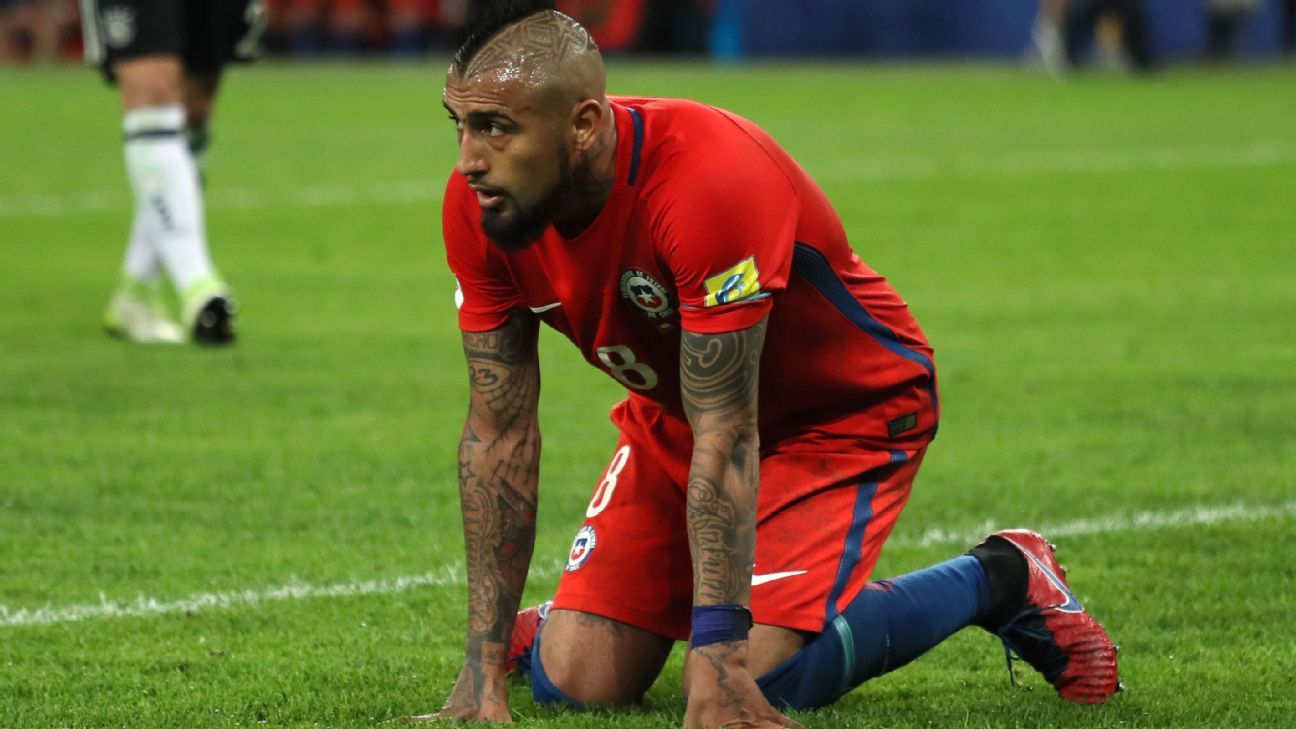 
Bayern Munich midfielder Arturo Vidal has said he is “gutted” to miss Chile’s key World Cup qualifier in Brazil on Tuesday but expects his side to clinch a place in Russia.

Chile, third in the 10-team South American group, need a point to ensure at least a playoff spot.

Vidal’s booking in the win over Ecuador last week means he is suspended, and he told Radio Continental: “I’m gutted, it’s terrible that I can’t play.

“This was the time to be present, and that yellow card leaves me out of the most important game of the qualifying campaign.

“I’m nervous, but I have every confidence in my team and my teammates.”

Vidal, who is back with his club in Munich, said he would probably watch the game “on TV or on the internet” but added: “I might not even watch it — because when I do, I suffer a lot more.”

A Chile win would harm arch-rivals Argentina’s chances of qualifying for the World Cup. Argentina are sixth, a point adrift of Chile, heading into their final qualifier in Ecuador on Tuesday.

“I see it as complicated for Argentina,” the 30-year-old Vidal said. “It’s difficult to play in Quito because Ecuador take advantage of playing at high altitude.”

Jupp Heynckes reportedly asked for Vidal to return to Germany as the new coach embarks in his fourth spell in charge of the German champions.

Vidal played under Heynckes at Bayer Leverkusen between 2009 and 2011, and said of him: “A Bayern and German legend has returned.”

But he added that he felt the dismissal of Carlo Ancelotti had been hasty, saying: “It wasn’t a perfect start to this season, but it went OK.

“We had a short preseason and played many games. It was strange what happened to Ancelotti. He’s an extraordinary person and a top-class coach.”