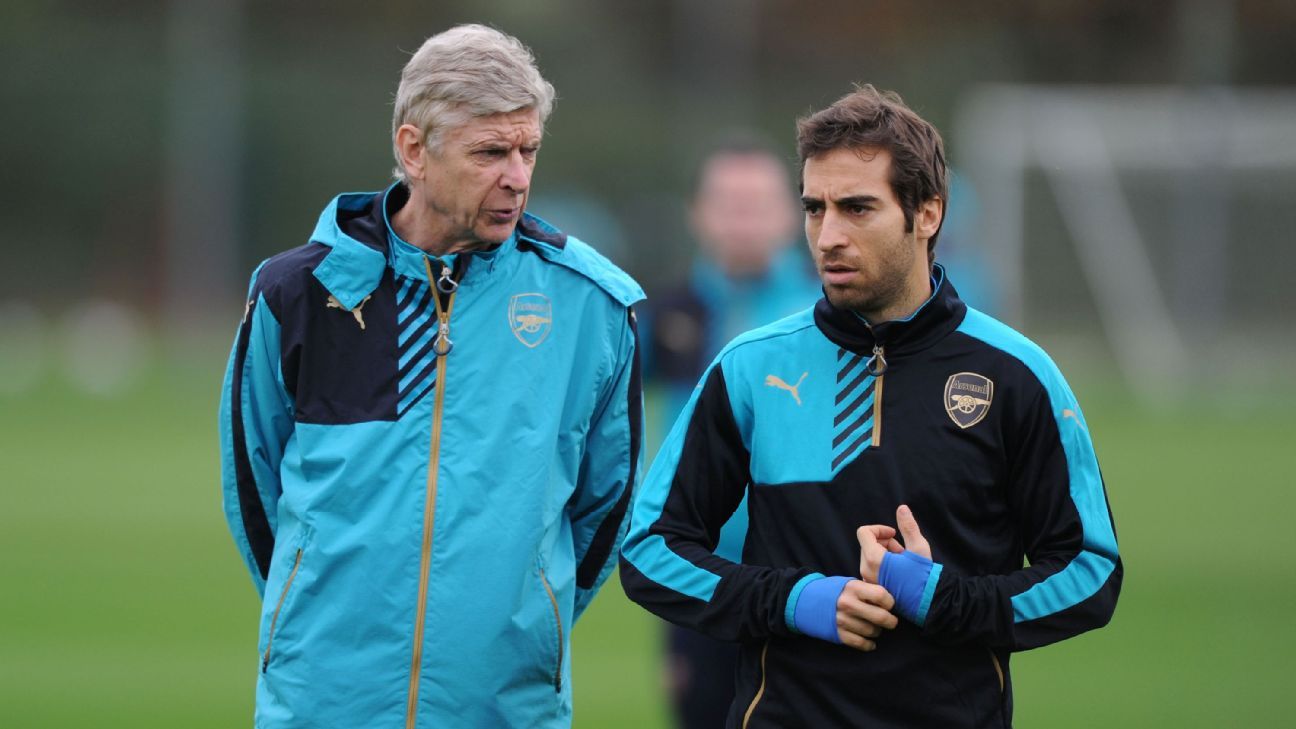 
Former Arsenal and AC Milan midfielder Mathieu Flamini has said Arsene Wenger “would be great” for the Italian club and thinks his fellow Frenchman could have a similar impact on Serie A as he did on the Premier League.

France Football reported on Tuesday that Wenger has been in talks about replacing Gennaro Gattuso as manager at Milan, which would be his first job since ending his 22-year reign at Arsenal.

Flamini, who had two stints at Arsenal under Wenger and spent five years at Milan in between, told ESPN FC that he’d love to see his former manager take the job.

“I’m very close to Arsene, it’s been very inspiring for me to work with him. So I think he would be great for AC Milan,” Flamini said in an interview at the launch of his new Unity brand of grooming products that he created with Mesut Ozil. “Even if they already have a great manager in Gattuso, who I played with.

Flamini also said that Wenger would not have any problems adapting to the more defensive style of football in Serie A, even though his attack-minded Arsenal side became notorious in recent years for being poor at defending.

“Arsene has a huge amount of experience, and he’s very smart,” Flamini said. “So he’s someone who will be able to adapt to any type of football.

“And it would be an incredible ad for Italian football to have him there. And maybe he’ll create a new style, who knows? He’s done a lot for English football, coming here and creating this new football based on technique and short passes. So why not do that in Italy?”

Flamini himself is without a club at the moment after leaving Spanish side Getafe this summer. But he hasn’t officially retired from the game and said he is still open to signing with a new team.

“Because that’s my passion, that’s what I love the most is playing football. Everything is possible, we’ll see what happens in the future. I haven’t turned the page yet.”

Flamini and Ozil are close friends and the Frenchman was pleased when his former club teammate made the German decided to quit international football this summer, citing racism.

“When you’re a public figure, you’re always going to be criticised,” Flamini said. “But what I know about Mesut is that he has a big heart.

“He has done a lot for people. What I respect very much is that he stood up for his belief. It’s not easy to do what he did, but he stood up and said: ‘Yes I have a different origin but I will stand up for my beliefs.’

“And to be able to do that, I respect him a lot. And I’m proud to be his friend.”

Manchester City look to add Real Madrid’s Toni Kroos
Arsenal look to RB Leipzig’s Christopher Nkunku
Barcelona need Ansu Fati and he couldn’t be happier to be the new star to turn the club around
Has Solskjaer turned Man United around? And is he the right person to take the club forward?
Juventus seek late swoop for Barcelona’s Ansu Fati