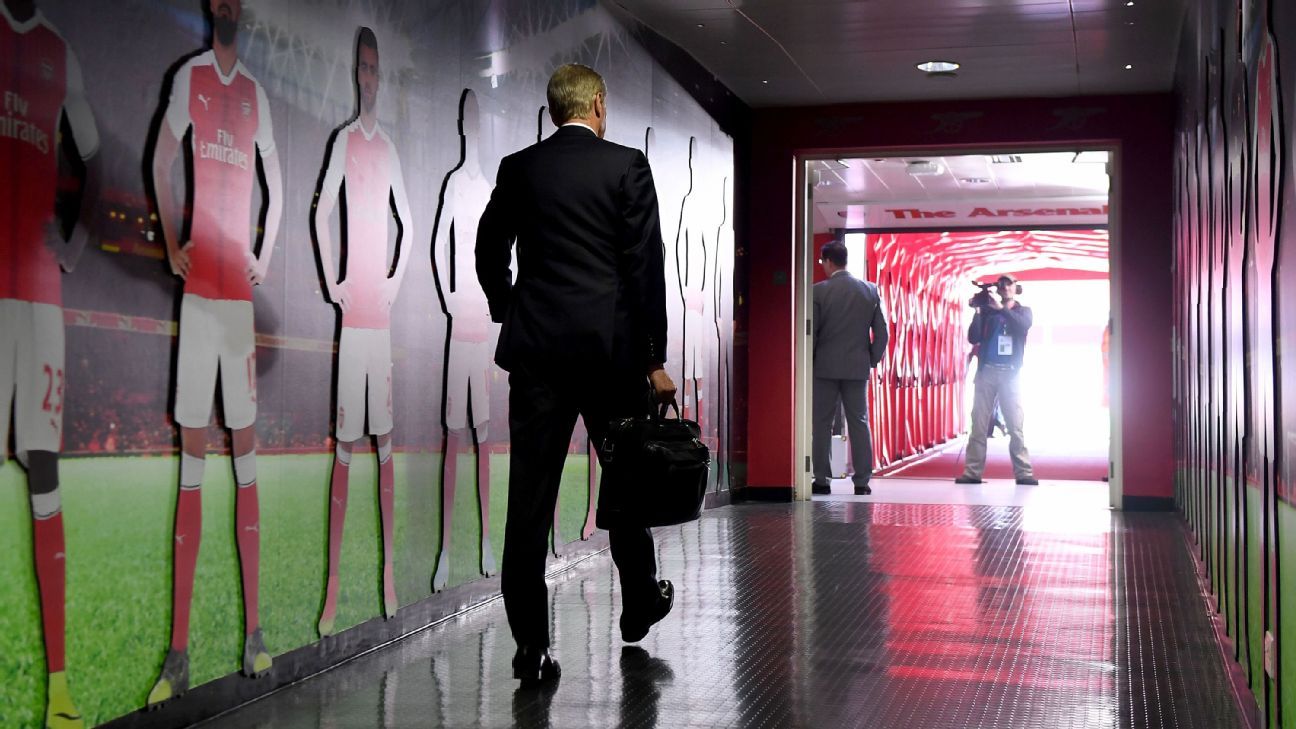 
W2W4 previews the weekend’s action by highlighting its most compelling storylines as Arsenal take on Manchester United in a battle that has lost some of its magic, Harry Kane eyes a goal or two and Burnley are looking to Europe.

The end of Arsene Wenger vs. Man United

It says something about the current positions of Manchester United and Arsenal that both go into Sunday’s clash at Old Trafford with little left to play for in the Premier League.

After securing Champions League qualification for 19 successive seasons, Arsene Wenger’s reign at Arsenal is set to end with the Gunners finishing outside the top four for the second campaign in a row. At Manchester United, Jose Mourinho has demanded more credit for finishing a distant second behind Manchester City. If this is the end of an era, then it began to crumble some time ago.

Still, this rivalry has brought so much to English football over the past two decades, especially during the period governed by Wenger and Sir Alex Ferguson. Sunday’s clash may lack the gravity of previous years, but it is an occasion to conjure fond memories of the many famous meetings; the title battles, the public spats, the heroic protagonists, the humiliation, revenge, and flying pizza.

It is an occasion, too, for Arsenal to reflect on an uncertain future stretching out beyond Wenger’s departure. United, now on their third manager in five years since Ferguson’s retirement, are not the juggernaut they once were on the pitch. It has been a gruelling period of transition that at times appears to have no destination. If United lack football heritage, as Mourinho suggests, then what of Arsenal, four places and 17 points below them in the league?

If that puts the Gunners’ failure this season into perspective, then it is also important to consider that United are 16 points behind City. Arsenal will hope to appoint a successor to Wenger who can bridge both of those gaps in the coming years, along with resuming the previous order in North London, with Tottenham amid their own period of change as they move into a new stadium.

The idea of the perfect send-off for Wenger — Europa League glory — may have been damaged at the first hurdle against Atletico Madrid, but Sunday presents another opportunity for the players to deliver in a match that matters. To play their part in the story.

A chance for Kane to move on

Given Harry Kane’s numbers over the past four seasons, his run of two goals in eight matches — punctuated by a three-week injury absence — is beginning to look like a worrying drought, especially for England fans ahead of the World Cup.

The striker was almost anonymous in last weekend’s FA Cup semifinal and delivered a below-par performance in Spurs’ 3-1 defeat to Manchester City at Wembley the week before. Perhaps the ridicule regarding his much-publicised claim for the goal at Stoke is beginning to get under Kane’s skin, as reports about “bullying” claims and his reaction to an innocuous line at the PFA Awards suggests.

If Kane scores against Watford, there is still the opportunity for that classic footballer reprieve: the self-mocking celebration. That would go some way to ending a joke that is growing weary, and a reaction that is getting out of hand.

Burnley on the verge of Europa League

With Leicester highly unlikely to win all of their four remaining matches, one more victory for Burnley should seal the impressive achievement of entry to the Europa League.

What better opportunity to claim that reward than at home to a Brighton side who haven’t won in six outings.

The first of those four games for the Foxes is at Crystal Palace on Saturday, amid reports that Claude Puel is fighting for his job.

It was all going so well for the Frenchman back in December. A 4-1 victory at Southampton, the Foxes’ fourth on the spin, made the Saints’ decision to change manager last summer appear exceptionally misguided.

But the same concerns that lingered around Puel’s St Mary’s reign have emerged at Leicester, with the manager’s team selection, playing style and, crucially, results all facing scrutiny. The triumph at Southampton has been followed by just four wins in 17 matches and a haul of 18 points — form that, if extrapolated over the course of a full campaign, would just about reach the safety mark of 40 points.

With the Foxes also receiving four red cards during that run, taking them to the top of the Premier League dismissals chart, there are also questions about the team’s discipline. For Puel, the Palace fixture begins a run of four matches in which to remedy the situation and save his reputation.

Southampton in the last chance saloon

It will take some turnaround for a team with one win in 21 matches to save themselves at this stage, especially with the looming obstacle of Manchester City at home on the final day of the season.