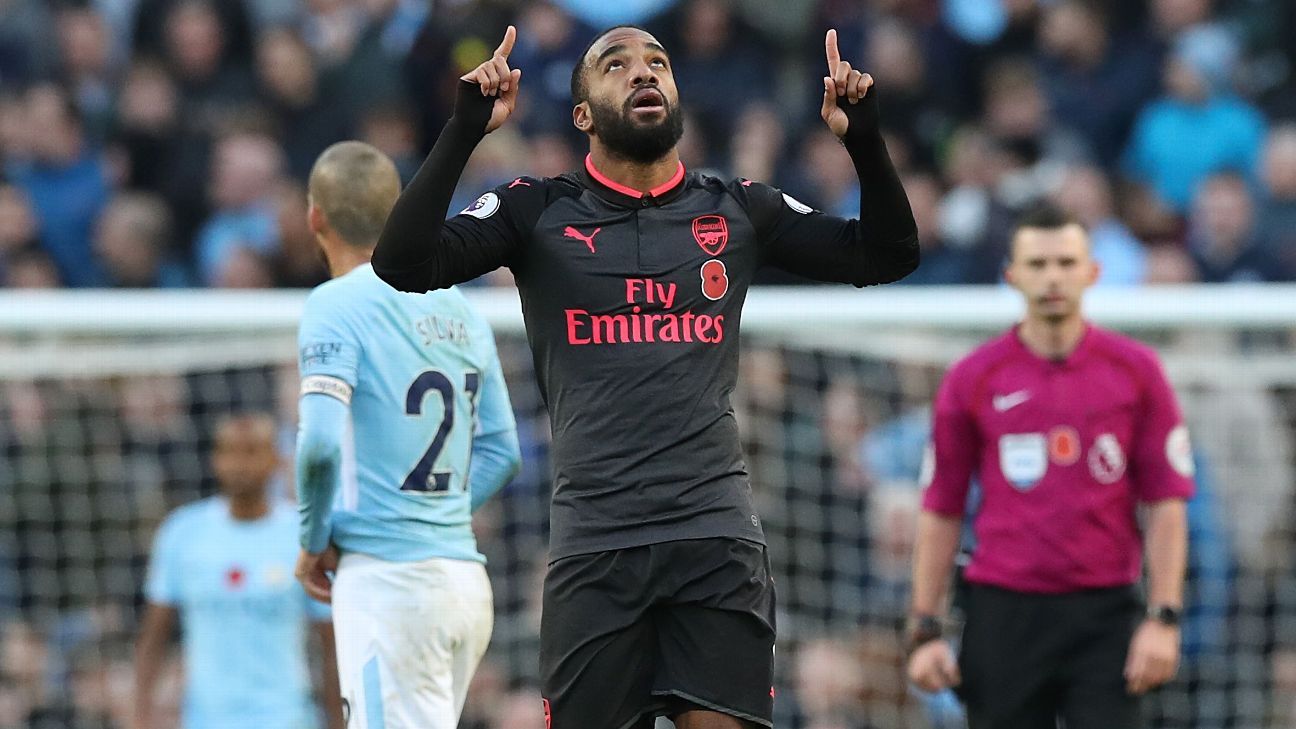 
Alexandre Lacazette must be wondering what he’s signed up for.

Arsenal’s €53 million record signing was already looking frustrated with constantly being subbed off as his new manager Arsene Wenger insists on giving Olivier Giroud cameo appearances at his expense. So it’s easy to imagine how he felt about not starting against Manchester City on Sunday — the second time Wenger has dropped his top goal scorer for a crucial away game against a major rival, the first being in the crippling defeat to Liverpool in August.

There’s a good chance Arsenal would still have fallen to defeat no matter who started — Man City are simply a much better side — but Wenger’s decision to bench Lacazette sends the wrong signal to both his players and the numerous fans who are increasingly questioning his abilities.

Second-guessing a manager’s player selections in hindsight is the easiest thing in the world, but this was one decision that screamed of folly from the start. Wenger’s logic can only be explained by his desire to play Alex Iwobi — perhaps after seeing the midfielder help neutralise Chelsea’s dangerous build-up play at Stamford Bridge in September. That game was notable for Arsenal’s high workrate in the absence of both Mesut Ozil and Alexis Sanchez, as Iwobi, Danny Welbeck and Lacazette kept up constant pressure on Chelsea’s back three to stop them playing out from the back.

With Ozil and Sanchez back in the fray, Wenger may have hoped that Iwobi would bring a similar balance to his front three this time, which in itself is understandable against a team that has the most potent attack in England and excel at building up play from the back.

But he still had a choice between dropping Lacazette — a player eager to prove his worth against the top sides and who also put in a massive shift at Chelsea — or Sanchez, whose loyalties and attitude were heavily questioned before the game as he has clearly chosen to leave the club next summer.

Wenger chose to play Sanchez, and was rewarded with a lethargic display full of turnovers and poor body language. The Chilean covered the least amount of ground of any outfield player on the pitch, showing just how much pressing he did (or did not) do.

Lacazette, meanwhile, proved his clinical touch by pulling a goal back from a tight angle and giving Arsenal hope shortly after coming off the bench. In a game where you know you’ll have few chances to score, it showed how important it is to have your best finisher on the pitch.

Arsenal now enter another international break where players have an extra week to fume about their personal situations. Sanchez and Ozil will likely take this latest loss as further proof they need to move on elsewhere for a chance to win major titles; Giroud, Theo Walcott and Jack Wilshere will all be wondering why they can’t get into a team that have already lost four away games in the league and who are out of the title race by the first week of November.

And Lacazette must be asking himself questions as well.

BBC pundit Alan Shearer went as far as to suggest the France striker should confront Wenger head-on about being benched. “You spend £50m on a centre-forward and you think in those big games, he’s the one who has got to make the difference,” Shearer said on Match of the Day 2.

“He’s scored six league goals, double anyone else in that Arsenal team. Not only that, he’s actually played Sanchez, a guy who doesn’t want to commit himself to the football club, whereas he’s signed for £50 million. What does that say not only to him, but to the rest of his teammates? He’s got every right to go and knock on the manager’s door in the morning and say: ‘Do you not fancy me or something? Do you not want to play me?'”

It shouldn’t be necessary for Lacazette to demand any answers of Wenger; the Arsenal boss must surely realise he made a mistake by leaving out his star man. If not, Lacazette may soon be wondering if he’s the one who made a big mistake this summer.