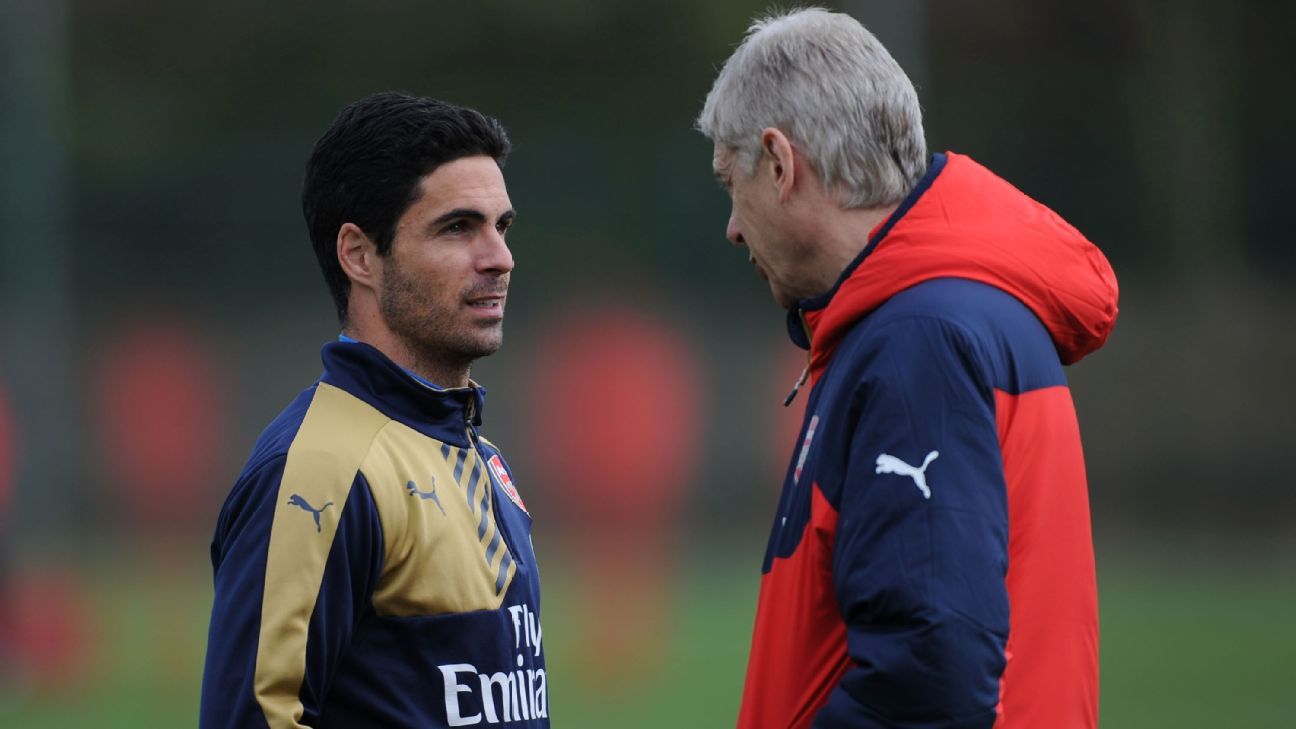 
Arsene Wenger has backed Mikel Arteta’s credentials to become the new Arsenal manager and revealed that he has not been asked for his opinion about who his successor should be.

Arteta, 36, has emerged as the main favourite to take over from Wenger, who stepped down after 22 seasons in charge following a disappointing season in which Arsenal finished sixth and failed to qualify for the Champions League.

“He has all the qualities to do the job, yes and I think as well he is one of the favourites,” Wenger, who brought Arteta to the club in 2011 and made him captain in 2014, told beIN Sports. “He was a leader, and he has a good passion for the game and he knows the club well, he knows what is important at the club and he was captain of the club. Why not?”

Arteta has impressed an assistant to Pep Guardiola at Manchester City but has never been a manager, and his lack of experience has raised concerns among parts of the Gunners fan base.

Wenger also pointed out that Arteta could draw on the experience of some of his own first-team coaches, like Steve Bould and Jens Lehmann, who are still at the club.

“I left a lot of experience behind me, people who were with me like Steve Bould who has six years experience, and Jens Lehmann too,” Wenger said. “Unfortunately, some other staff left.

“[Arteta] has been an assistant of Guardiola as well, so overall I think he has the qualities.”

Wenger has repeatedly made it clear, though that he is staying out of the club’s search for his successor, and said he would back whoever is hired.

“I don’t want to influence that publicly because for me I believe it is important that they make their choice in an objective way and after once they make a decision I will support him,” Wenger said, adding that he was not tempted to find his own successor like Alex Ferguson did with David Moyes at Manchester United.

“If the club had asked my opinion I would have given it. Because I want my club to continue to do well and continue to play at the top. But they didn’t ask me, so that takes the weight away from me. Because if it doesn’t work, I would still [have been] responsible for it, like Ferguson was when they had problems. And on the other hand, they made that decision not to ask my opinion, and I can live with that.”