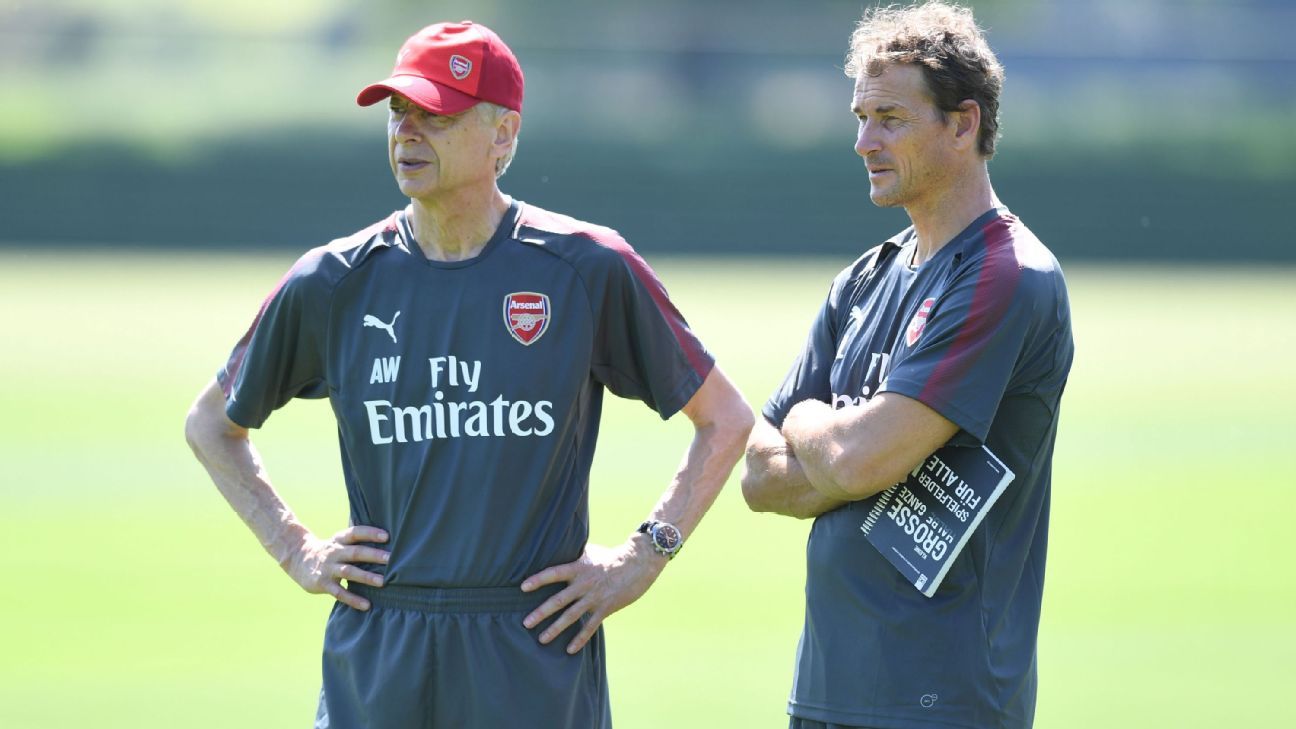 Former Arsenal No. 1 Lehmann joined Wenger’s backroom staff this summer to help coach the goalkeepers and defenders, bringing the experience of the “Invincibles” season with him to the club.

And Wenger hopes the ex-Gunner will bring more than just tactical coaching to his new job.

“He has a demanding attitude and can give his desire to win to the players, to help them achieve their targets,” Wenger told Arsenal’s official website during the preseason tour to Australia and China.

“He can also give good advice because he has gone through periods where it was not easy for him, where it wasn’t all going well, and I believe his rigorous attitude to his career is similar to Per Mertesacker. It’s important that a team is surrounded by people like that.”

Lehmann was known for his uncompromising attitude and fiery temper on the pitch, and Wenger said his desire is still just as strong.

“He enjoys being involved in training as well, and to experience the pleasure he had when he was giving his best for Arsenal Football Club again,” Wenger said. “He’s still highly motivated and that motivation never goes. When you want to do things well, I don’t think that ever changes.”

Before hiring Lehmann, Wenger had been criticised for not bringing back enough former players, especially those from the 2003-04 “Invincibles” team, which went the entire Premier League season unbeaten to win the title, such as Thierry Henry and Patrick Vieira.

Wenger has worked with some of his former players before, though, including alongside current assistant coach Steve Bould.

And he said the bond gets closer when they are colleagues as they no longer have to worry about whether the manager is picking them for games.

Arsenal captain Mertesacker is set to take charge of the club’s academy upon his retirement at the end of the 2017-18 season.