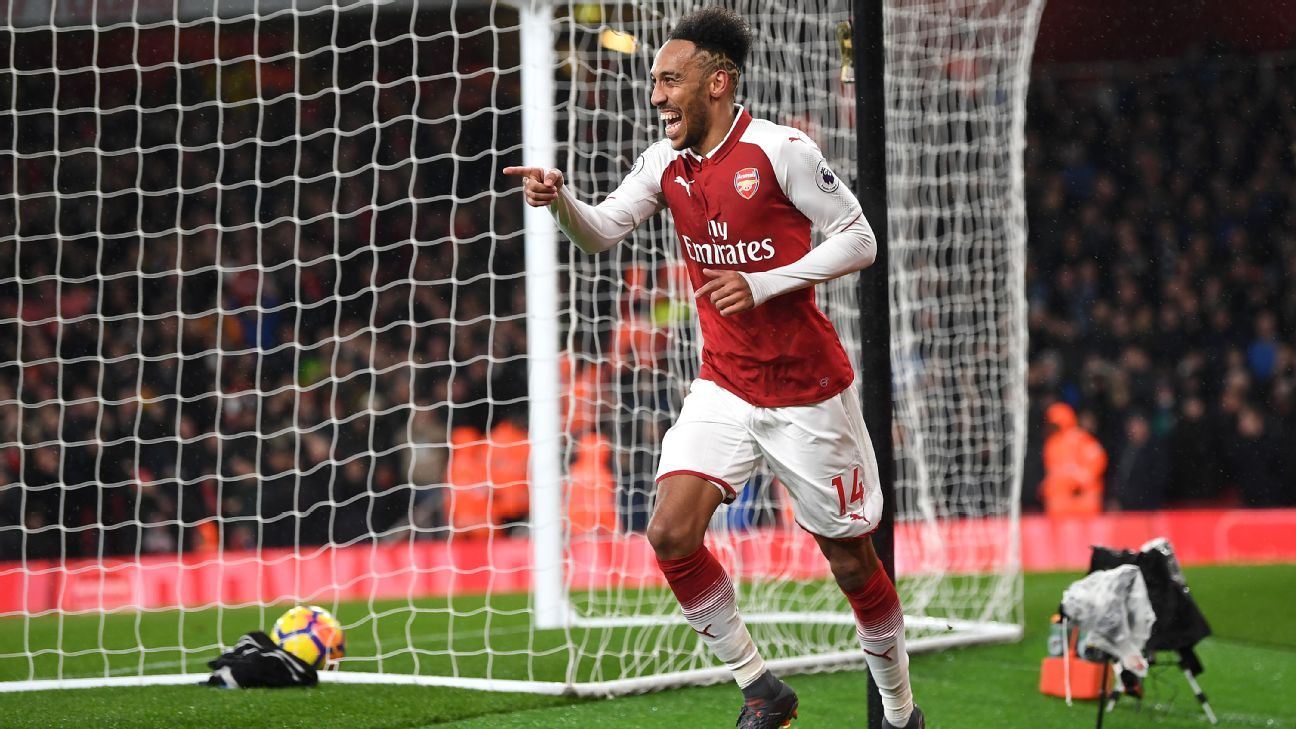 
Arsene Wenger believes Pierre-Emerick Aubameyang will be “much sharper” in the Carabao Cup final, having not featured for Arsenal in a fortnight.

He scored on his home debut against Everton before struggling in defeat to north London rivals Tottenham.

Aubameyang is ineligible in the Europa League so has not played a competitive game for the Gunners since the 1-0 loss at Wembley on Feb. 10.

But now the 28-year-old is ready to return to the national stadium for Sunday’s meeting with Manchester City.

“He has only played twice but on the other hand when he came here he had not played for a while,” said Wenger. “He was not at his best physically and we took advantage of the last two weeks to build him up physically.

While Wenger feels Aubameyang has benefitted physically from his rest, he did concede that a lack of understanding with his Arsenal team-mates could still cause a problem.

“It’s not ideal,” he added. “But I think his great strengths are his finishing, the quality of his runs and his pace, of course.

“Our target on Sunday will be to find him two or three times each half in dangerous positions because he is sharp now.

“The handicap is that we have not played a lot with him but his runs are so clever that I think we have players who can find him.”

While Aubameyang can be recalled to the side, having missed both Europa League matches against Ostersunds, Henrikh Mkhitaryan will be forced to sit out the cup final.

Aubameyang’s former Dortmund teammate was also signed by Arsenal last month but featured for Manchester United in the Carabao Cup earlier in the competition.

That means the Armenia international is cup-tied against City, with the likes of Alex Iwobi and Danny Welbeck competing for a place in support of Aubameyang.