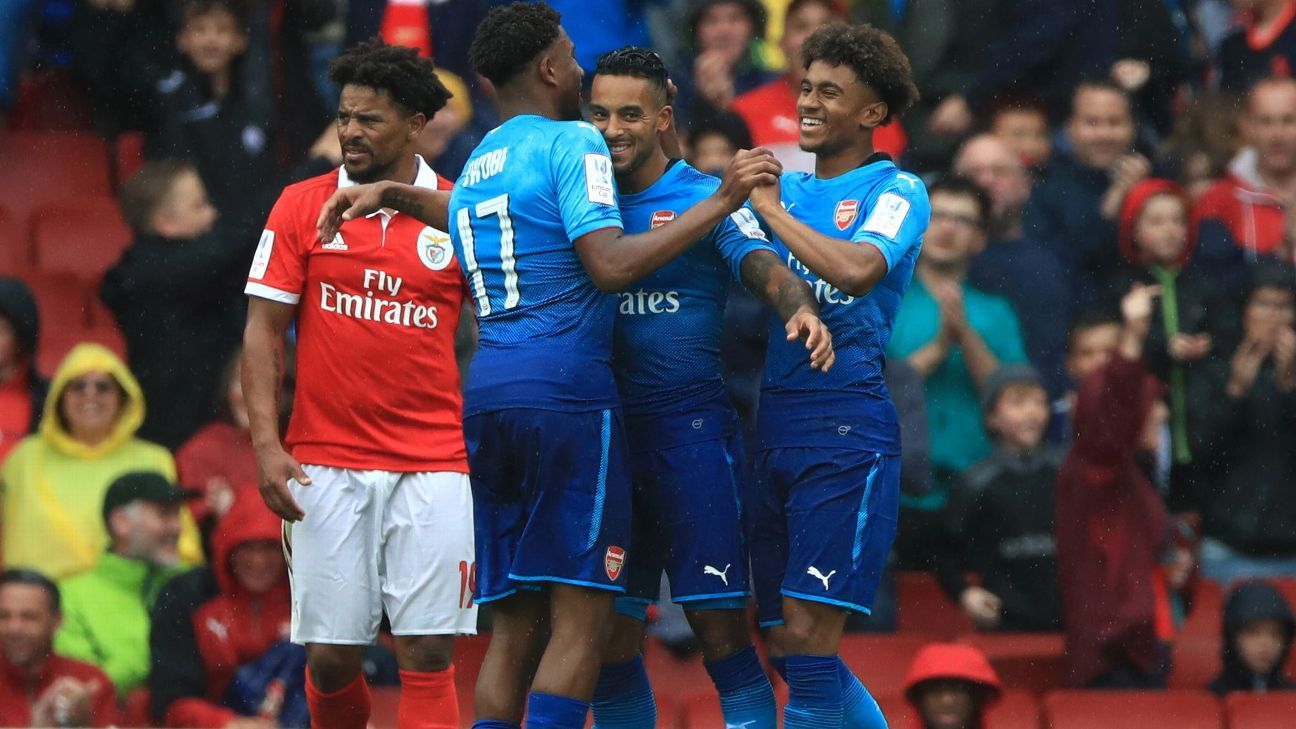 
LONDON — Arsene Wenger has confirmed that Alexis Sanchez has flu but still expects the star forward to report back to the club early next week.

Sanchez posted a photo of himself on Instagram on Friday morning with a caption saying he was sick — shortly after Arsenal had published quotes from Wenger saying that the Chilean was expected to return to training on Sunday.

Sanchez’s future has been the source of speculation all summer long as he has refused to sign a new Arsenal contract, and his claim to be ill was met with skepticism from some who wondered if it was a tactic to force a move away from the club.

But Wenger downplayed the concerns, saying Sanchez is now expected to return Tuesday instead.

“He has flu. I had him on [the phone] through text yesterday. He will come back as soon as possible,” Wenger said after Arsenal’s 5-2 win over Benfica in the Emirates Cup on Saturday.

“We were in touch with him and his doctor. He has no basic problem apart from the fact that [instead of] coming back tomorrow he comes back on Tuesday. … He’s flying back as soon as he’s in a position to fly back. He had the flu. That’s a question of normally four or five days.”

Wenger has repeatedly ruled out selling Sanchez this summer, saying he will hold the player to the final year of his contract. And he said Sanchez’s delayed return from his holiday changes nothing.

Wenger also refused to discuss Arsenal’s pursuit of Monaco’s Thomas Lemar, with reports claiming that the Gunners have had a third bid for the playmaker turned down this week.

Asked if that ended Arsenal’s interest in Lemar, Wenger said: “We don’t speak about how the negotiations go. We come out [publicly] once the player is done or not done. Then I can tell you that. But at the moment there’s nothing special to say on this case.”

Saturday’s win saw Theo Walcott score twice and create an own-goal as the Gunners started their traditional preseason tournament with a convincing win. And Wenger was full of praise for new signing Sead Kolasinac, who helped set up both of Walcott’s goals in his first appearance at the Emirates.

“I think he has gone in preseason from strength to strength. He started a bit nervous but in every single week he moved his level up,” Wenger said. “He looks powerful, and the timing of his availability going forward is very good.”

Wenger also had a close encounter with a fan who ran onto the pitch in the first half when Francis Coquelin was being treated for an injury, and tried to intervene when stewards stopped the man from reaching the Arsenal boss.

“I saw that the stewards caught him in a bit of a strong way, and I just said ‘calm down,'” Wenger said. “He looked like he wanted to talk to me, and I tried to know what he wanted to tell me.”