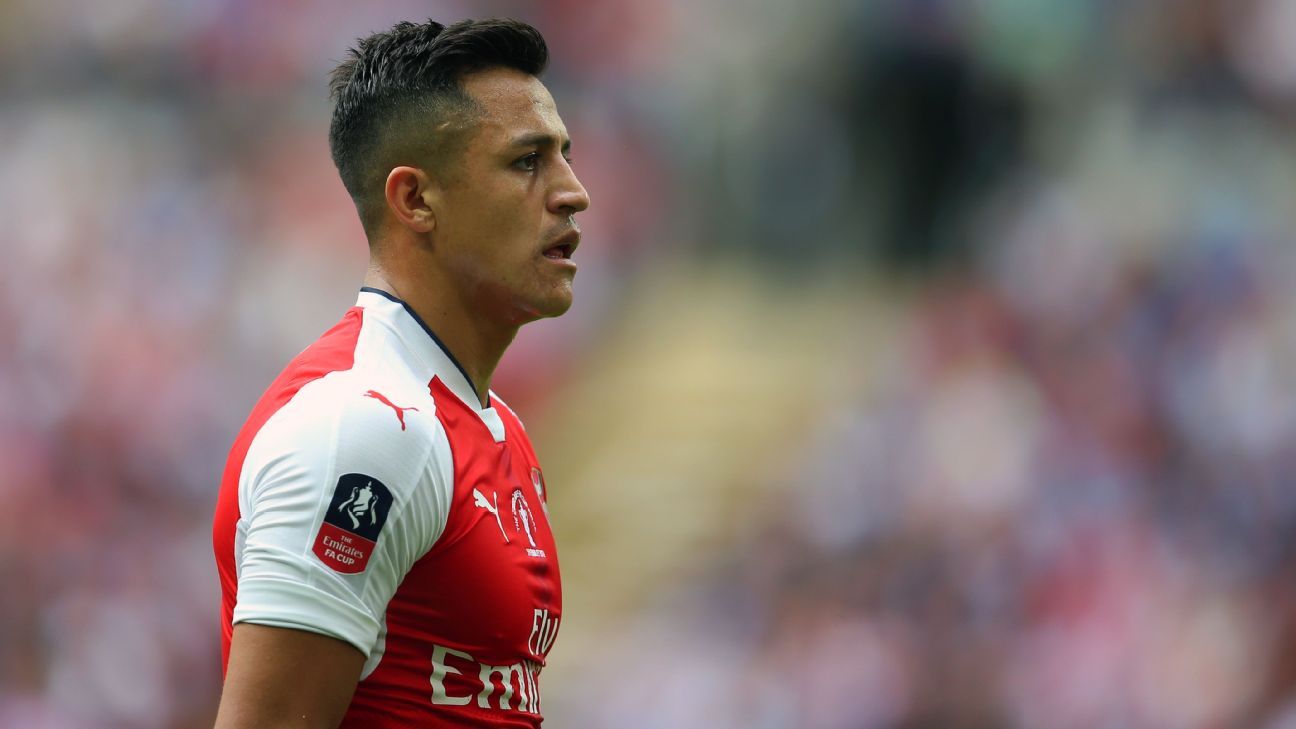 
BEIJING — Arsene Wenger has dismissed talk about Alexis Sanchez joining Paris Saint-Germain and says his decision not to sell the forward also applies to foreign clubs.

A source told ESPN FC that Sanchez and his representatives were in Paris on Friday to meet with PSG sporting director Antero Henrique about a possible transfer, while Sky Sports has said the French side will make a £35 million bid next week.

However, Wenger dismissed the chances of Sanchez moving to France after Arsenal’s 3-0 friendly loss to Chelsea in Beijing on Saturday.

“It’s only media imagination,” said Wenger, who has repeatedly said he will not sell Sanchez this summer even though he only has a year left on his contract.

Asked if he might soften that stance for a foreign club rather than a Premier League rival, the Arsenal boss replied: “No, it doesn’t make any difference.”

Sanchez did not take part in this two-week tour of Australia and China as he played for Chile in the Confederations Cup, but his future has been a talking point throughout the trip. Arsenal were set to fly back to London straight after the game and will continue their preparations with the Emirates Cup next weekend.

The Chelsea loss provided a disappointing ending to this tour following a win over Bayern Munich after penalties in Shanghai on Wednesday, but Wenger said it was clear that fatigue and his decision to include youngsters in his lineup contributed to the defeat.

Wenger started Ainsley Maitland-Niles as part of a back three and Cohen Bramall at left wing-back, before making a handful of changes at half-time.

“It was a good opportunity for me to see players at that level who have no experience. I tried to play two teams with a mixture of regular players and young players. You could see that we were a bit less mature than Chelsea,” Wenger said. “It was as well the last day of our tour, it was quite long, and we looked a bit jaded tonight.”

Michy Batshuayi scored twice for Chelsea after Willian had given the Premier League champions the lead in front of more than 55,000 fans at the Bird’s Nest stadium. Arsenal even struggled to make substitutions at half-time, as Olivier Giroud had not been included on the official teamsheet for the match.

Giroud was part of Wenger’s planned half-time changes, but organisers initially said he could not play, causing a delay of several minutes, with the striker having to go back to the dugout before the issue was resolved.

“I don’t understand why he was not on the list. They didn’t want to let him play,” Wenger said. “We of course had a bit of an argument, because we announced him. Finally we got a green light from somewhere in the sky.”